By Harfoofficial (self media writer) | 28 days ago 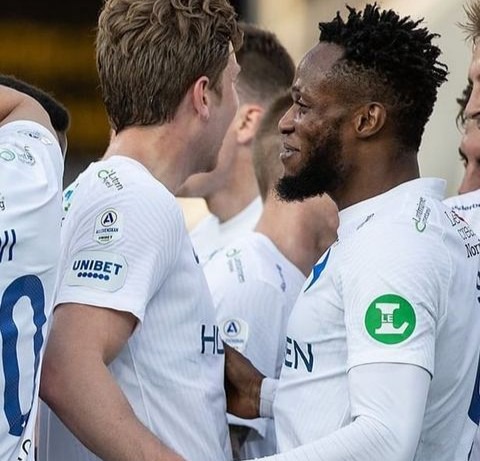 Nigerian international and forward maestro, Samuel Adegbenro was in action for IFK Norrkoeping in their 10th league game of the Sweden Allsvenskan season against Varbergs BolS FC at the Platinumcars Arena.

The Nigerian star retained his spot in his team's starting XI following his outstanding performance for the club in their previous game where he was able to net a decisive goal in the six-goal thriller. 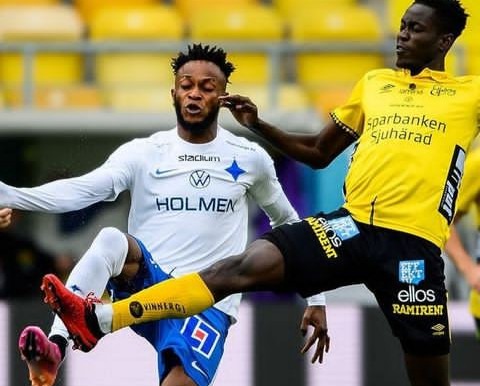 The first half of the game was such an intensed one as there was nothing to separate them going into the break which ended 1-1.

Samuel Adegbenro in the game was very exceptional as he extend his stand as the league top scorer after putting his side ahead in the first minute to make it one nil, before Victor Karlsson levelled up for the visitor in the 24th minute to make it one all draw going into the half time break. 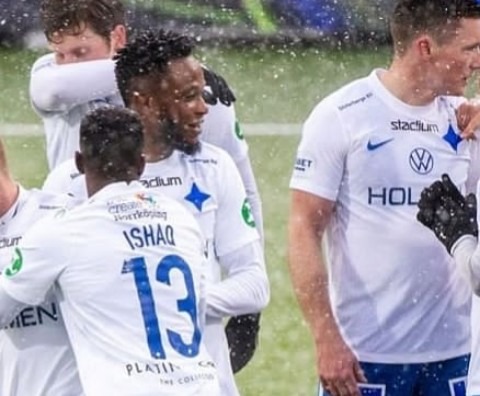 In the second half of the game, the two sides were very much up to the task as the host took the lead in the 61st minute with a goal from Linus Wahkqvist to make it two goals to one.

The win for IFK Norrkoeping means they now currently sit at the 5th spot on the table with. 20 points in 10 games played so far, and as such be hoping to keep the winning streaks going in their next fixture. 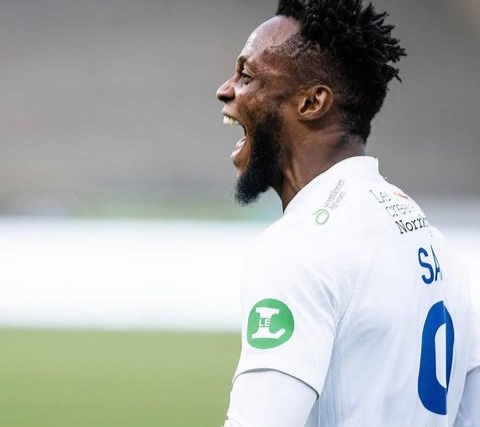 Opinion: Why Pinnick Visit To Ndidi Is Changing Players Notion About Welfare

Setback For Liverpool As Player Is Injured

How Nigerian Players Performed At The Weekend.