By Godaik (self media writer) | 6 months ago

Ex Nigeria striker, Peter Ijeh, is over the moon following his two daughters, Evelyn and Josephine Ijeh's invitation to the Super Falcons for the six-nation Aisha Buhari Invitational Tournament holding in September in Lagos. 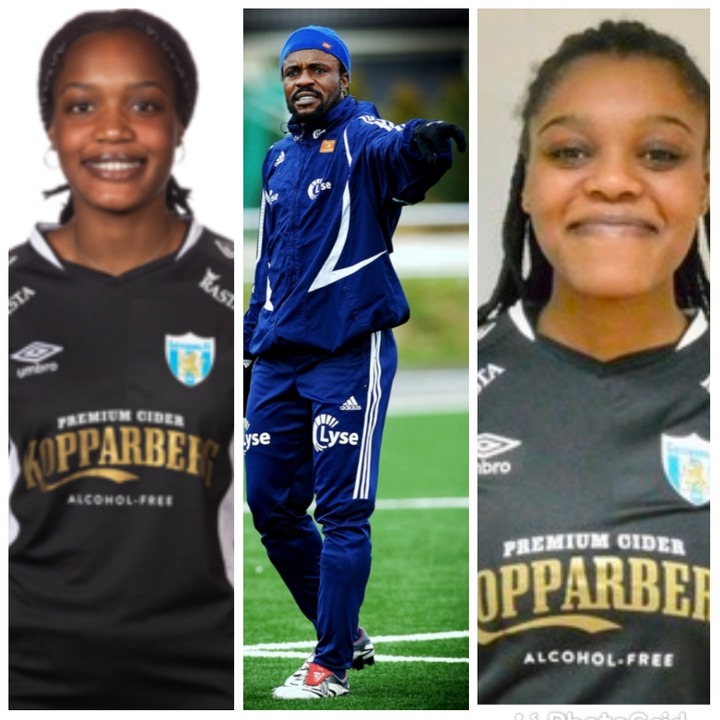 The Sweden-based girls made history as the first sibling to play for the senior Women's National Team at the same time, upon being named by Coach Randy Waldrum among 26 players now camping in Vienna, Austria, preparatory to the tournament that will also feature Ghana, Morocco, South Africa, Mali and Cameroun.

Ijeh, who played most of his club football in Sweden, where he currently serves as the head coach of Division 2 club, Vårgårda IK, has been receiving congratulatory messages from Nigerians since the news of his girls' invitation broke on Wednesday.

Elated Ijeh has since then uploaded several videos of the girls strutting their stuff on his social media accounts, expressing his delight in one on Thursday.

"Just a glimpse of there potentials," stated Ijeh, who was capped five times by Nigeria.

Evelyn Ijeh, 19, is tracing the footsteps of her father who was a serial scorer for NITEL United of Lagos, Julius Berger FC, Malmö, IFK Göteborg, Copenhagen, Viking Syrianska and GAIS before calling time on his career.

Currently playing for BK Hacken, Evelyn sees her father as her greatest motivator, and represented Sweden at youth levels before changing her allegiance to Nigeria. She first encountered football at age six when her father used to take both girls to the stadium in Norway as a player of Viking.

"Whenever he scored and everyone screamed his name, I felt it in my spine and since then I wanted to experience that too,” Evelyn was quoted to have said by The Nation.

Younger sibling, Josephine, 18, is a defender who currently plies her trade with Kopparbergs/ Göteborg FC also of Sweden. Training privately with her older sibling has greatly enhanced her game, as she now finds checkmating opposing attackers a walk in the park.

Evelyn must work her socks off to tie down a regular shirt in the team, given the several quality options in the attack, notable amongst whom are Captain Asisat Oshoala, returning Desire Oparanozie, Francisca Ordega and Rasheed at Ajibade.

Reverse is the case for Josephine, who will relatively become a mainstay in the defence  that now parades ageing and tiring legs.