The Portuguese defender is one of the players that has played for Chelsea and Real Madrid. Ricardo Carvalho left Chelsea to join Real Madrid in 2010 where he spent 3 years of his career.

Eden Hazard is the last football player to played for Chelsea and Real Madrid. The Belgium international left Chelsea in 2019 to join Real Madrid. He is of the players to have played for both clubs.

Morata joined Chelsea in a deal worth £60 million in 2017 from Real Madrid. He spent 3 years in London before moving back to Spain to join Atlético Madrid.

The popular French midfielder Claude Makelele is among the football players that have played for Chelsea and Real Madrid. He left Real Madrid to join Chelsea in 2003. 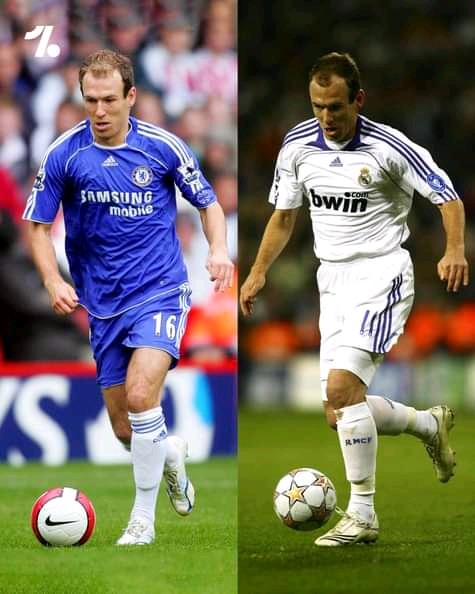 Arjen Robben is one of the players that has played for both Real Madrid and Chelsea. The Dutchman left Chelsea to joined Real Madrid in 2007 after spending three years at the club.

Kovacic joined Chelsea on loan from Real Madrid in 2016 before making the deal permanent in 2017. The Croatian midfielder is one of the players that has played for Real Madrid and Chelsea.

Higuain is one of the football players that has played for Real Madrid and Chelsea.