By Macoreg (self media writer) | 1 year ago 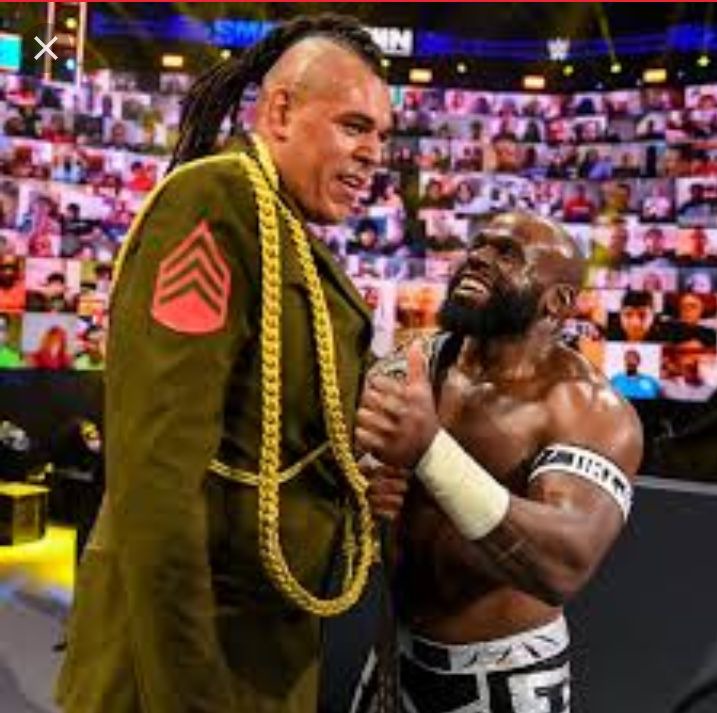 WWE's current Intercontinental Champion Apollo Crews wasn't featured at Money in the Bank and didn't defend his title against anyone at the event. This was mostly because the few worthy competitors for Crews' title participated in the Money in the Bank ladder match.

It seems that Crews now has some direction again in WWE and there are a handful of superstars who can step up to him (and try to step up to Commander Azeez).

Nakamura recently won the crown and the title 'King' by defeating former King of the Ring winner Baron Corbin. But being a 'King' in WWE isn't that a big deal. It's certainly not as big as a deal being Intercontinental Champion and 'King' at the same time

The former NXT North American Champion should enter straight into the mid-card or even main event picture when he debuts, and it certainly looks like SmackDown could do with more star power.

Plus, Reed has already highlighted that he'd be interested in joining forces with Roman Reigns and The Usos while being the Intercontinental Champion.

#3. Robert Roode and Dolph Ziggler work together to get the title from Apollo Crews

Dolf Ziggler and Robert Roode were also involved in the brawl over Apollo Crews' title However, with The Usos and the Mysterios monopolizing the SmackDown tag team division, it makes sense that both men would work together to chase after singles gold instead. The problem is that they're both heels and Apollo Crews is also a heel, so it might not be the best feud for WWE to pursue. Out of the two, though, Robert Roode could probably use a title run more than Ziggler

Commander Azeez has been a huge part of Apollo Crews' success, both in terms of winning the Intercontinental Title and in terms of the latter keeping it for as long as he has.

It's a tried and tested storyline that WWE has highlighted time and time again. But they should absolutely explore a story where the giant gets tired of being ordered around by the smaller Crews and turns on him as a result.

This would allow Azeez to strike out on his own as WWE's next big monster in the absence of Braun Strowman, and to kick off a singles run as the new Intercontinental Champion.

#1. Cesaro is the next rightful challenger to Apollo Crews

Content created and supplied by: Macoreg (via Opera News )