Pavard Could be A Good Fit For Chelsea Boss Thomas Tuchel

With some strong displays on the right side of Bayern Munich's defence, Pavard had a successful season at the Allianz Arena. The 26-year-old made 36 appearances for Bayern Munich last season, netting two assists in the Bundesliga and the Champions League. 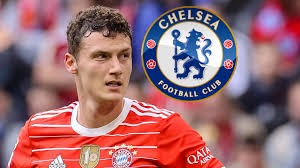 While playing in the Bundesliga, the talented Frenchman was a reliable center back, making an average of 1.4 tackles and 1.4 interceptions per 90 minutes, clearing the ball twice as much as he shot and making 0.7 important passes. Even when distributing the ball, he took care of the possession because of his 88.1 percent pass completion percentage in top-flight football (stats via whoscored).

When defending inside his own half, Pavard is a good ball defender who may produce a few crucial interceptions for his team. When the opposition is on the attack, he is generally the one to clear the threat.

A good long-range shooter, the Frenchman can set up good scoring opportunities for his teammates up top. He is one of the most consistent players in Bayern's first-team lineup since he rarely loses possession. While Pavard is most known for his right-back role in France's national team, he can also play as a left-back or centre-back if necessary.

If Chelsea wants to get their hands on him this summer, they'll have no choice but to do so. Before the start of the new season, the Blues could surely use a player with Pavard's defensive abilities. 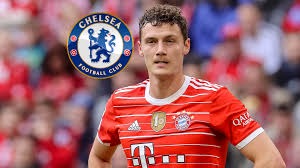 He's in his peak at the age of 26, which makes him a fantastic fit for Chelsea because Cesar Azpilicueta is entering the final year of his contract at Stamford Bridge. If Thomas Tuchel can find a way to get Pavard to Stamford Bridge in the upcoming transfer window, he will be able to have an immediate effect at the club.