Tony Adams: Absence of crowd in the stadium may have helped David Luiz to prove a point 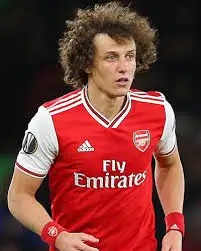 “David Luiz was absolutely phenomenal and I’ve been very critical of him recently and I think a lot of people have been," Tony Adams told Stadium Astro of David Luiz's exemplary display against City.

“So, give credit where credit’s due, he had the bit between his teeth. He wanted to prove everybody wrong.

“If there was a crowd in the audience, I don’t know if that’s helped him or not, I’m thinking it may have helped him because in recent weeks I think the Arsenal crowd would have been really on his back and I don’t know how he would’ve reacted with that, but he certainly reacted for me so well.

“For this game in particular I just thought he was awesome and I’m going to be shouting from the top of the world that he was outstanding, good performance.”

Arsenal had been widely criticised by fans for handing a contract extension to David Luiz.

But after Arteta switched his rearguard to a 3-man defence the Brazilian has been impressive.

After the City win, he sent a strong message, saying he absorbed all the criticism and worked hard on his mistakes to prove that he can still deliver at the highest level.

On his part, the boss said he had never doubted David Luiz's ability to cope with difficult moments in his career.