By Yungelnino (self media writer) | 8 months ago

The female team of Chelsea Football Club known as Chelsea Women became champions of the English Women Super League yesterday after a 5-0 thumping of Reading Women, winning their second league title in a row. 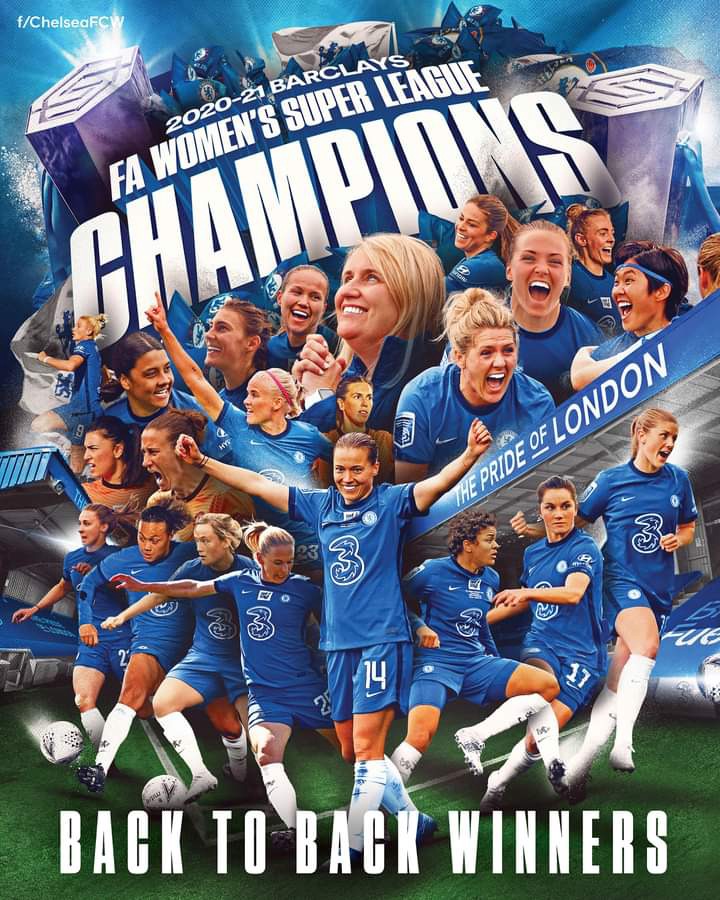 Chelsea Women faced stiff competition from Manchester City Ladies all season long and prevailed with just two points. Out of 22 matches, they won 18, drew 3 and lost just once.

The season has been beautiful and successful for the Emma Hayes led team as they are also in the final of the Women's Champions League. 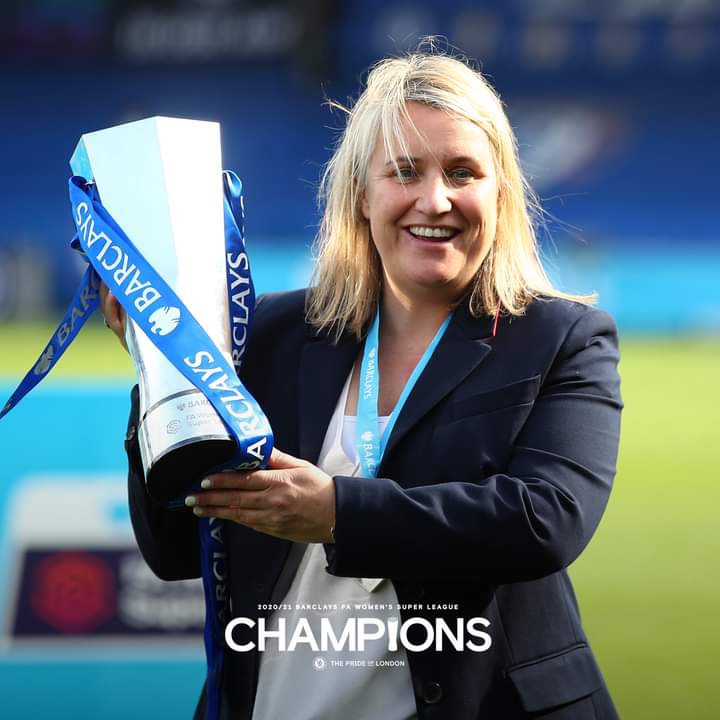 Here are pictures of Chelsea Women celebrating their title win. 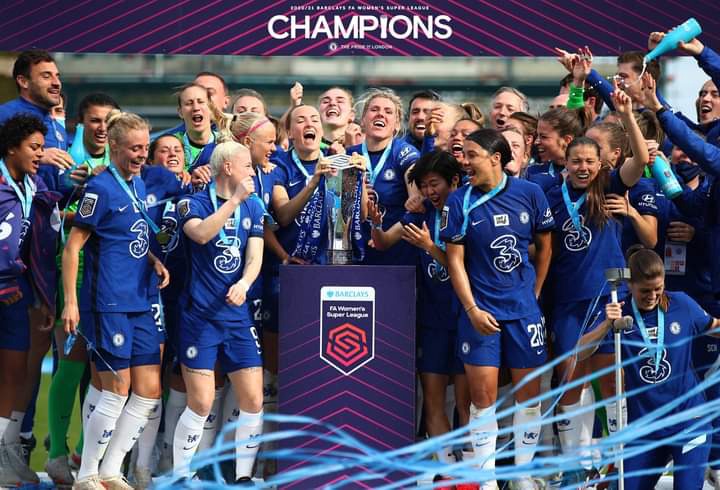 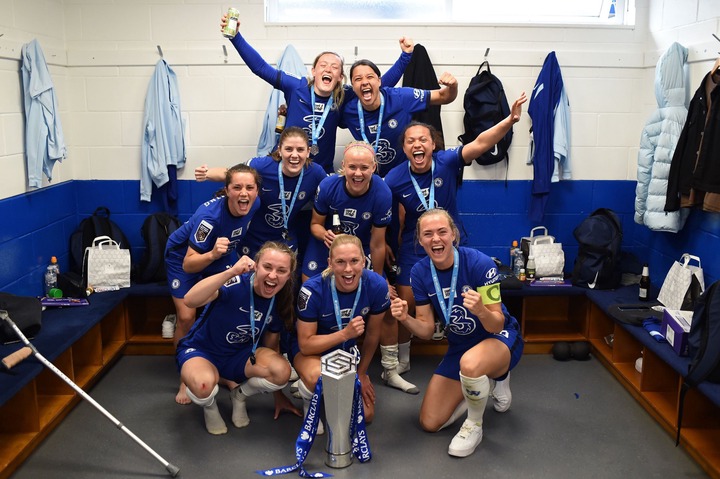 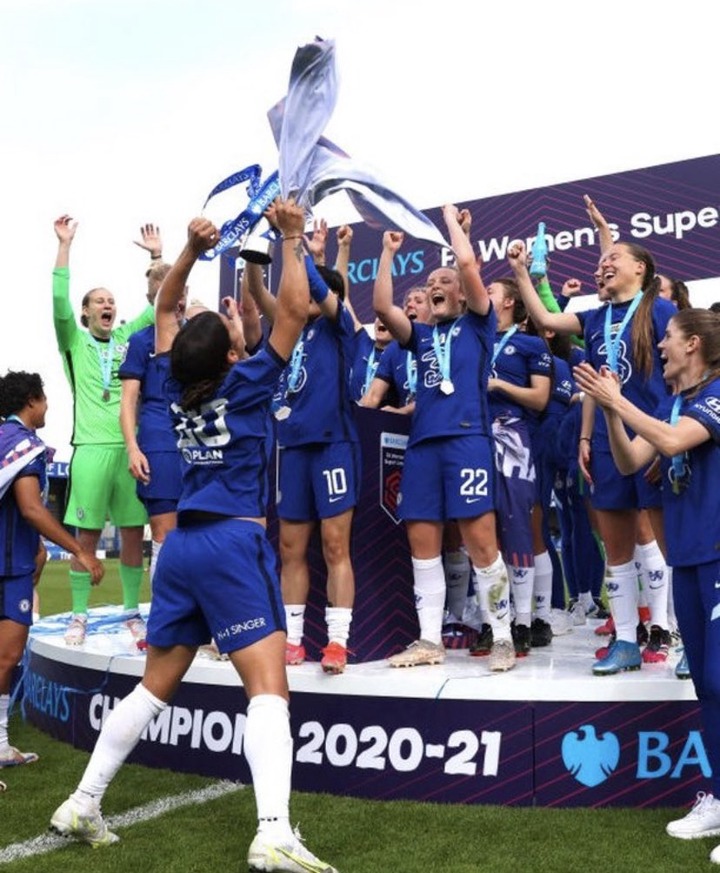 It was a special moment for defender Magdalena Eriksson & striker Pernille Harder who celebrated their first title win as couples.

Eriksson was part of the winning team last season, but Harder joined the club last summer. 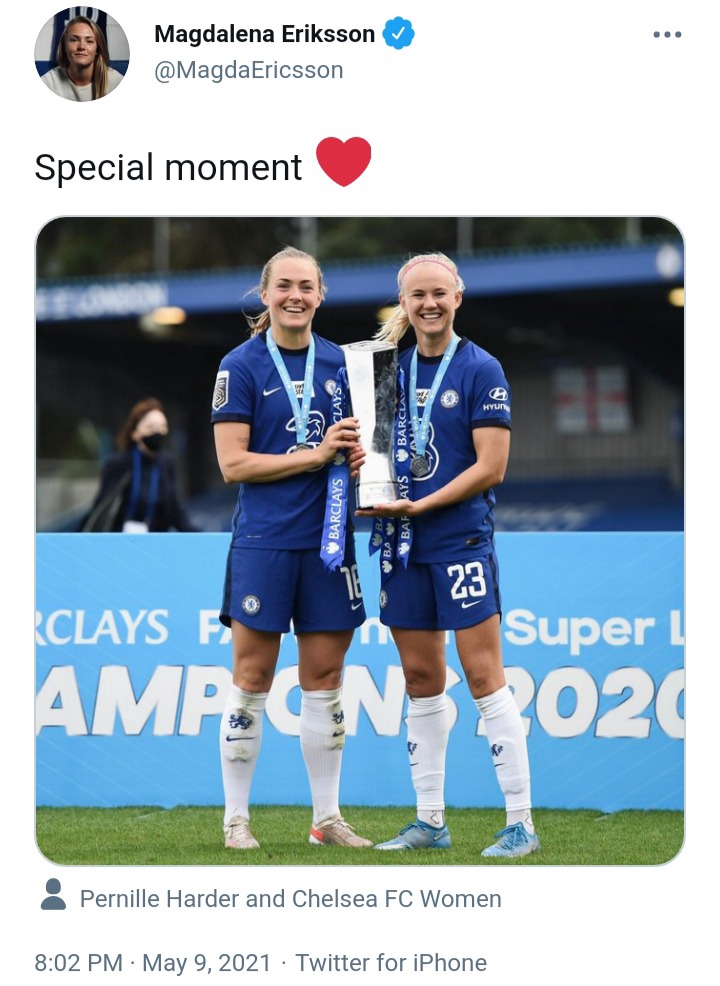 Whilst Eriksson is the captain of the Chelsea team, Harder is the most expensive female footballer and UEFA Women player of the year. 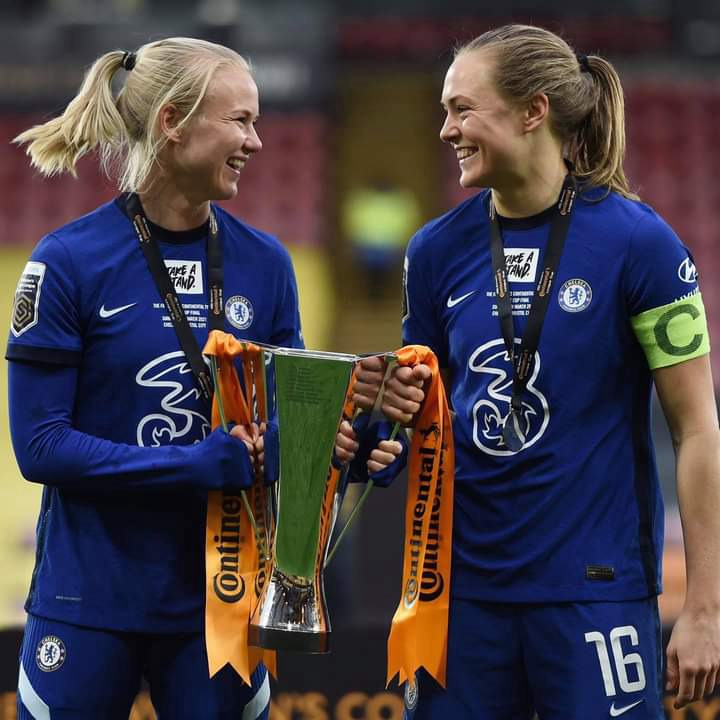 Harder & Eriksson have been in a relationship since 2014 and this may have facilitated the formers' move to Chelsea. 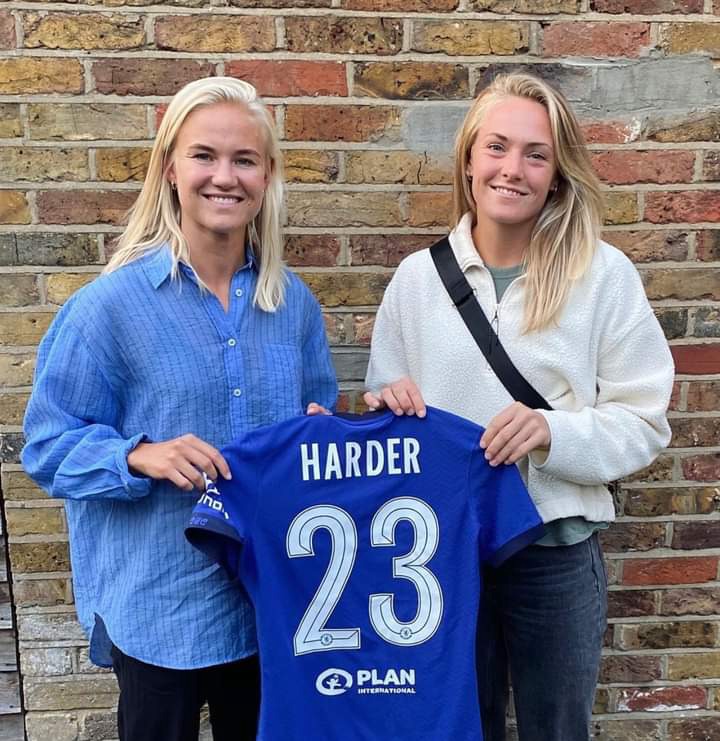 Check out photos of the couple spending time together. 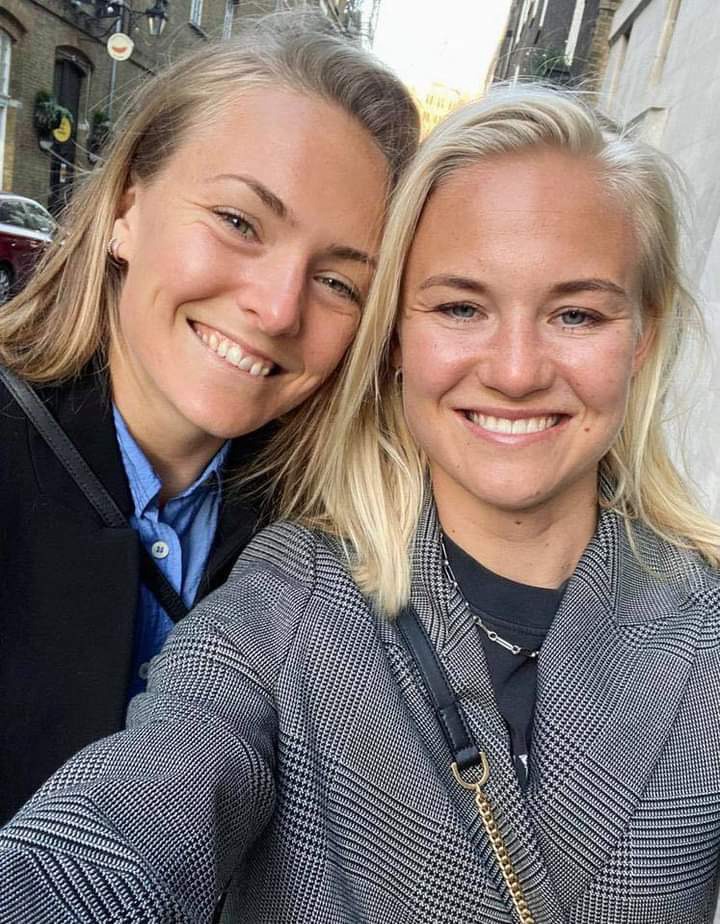 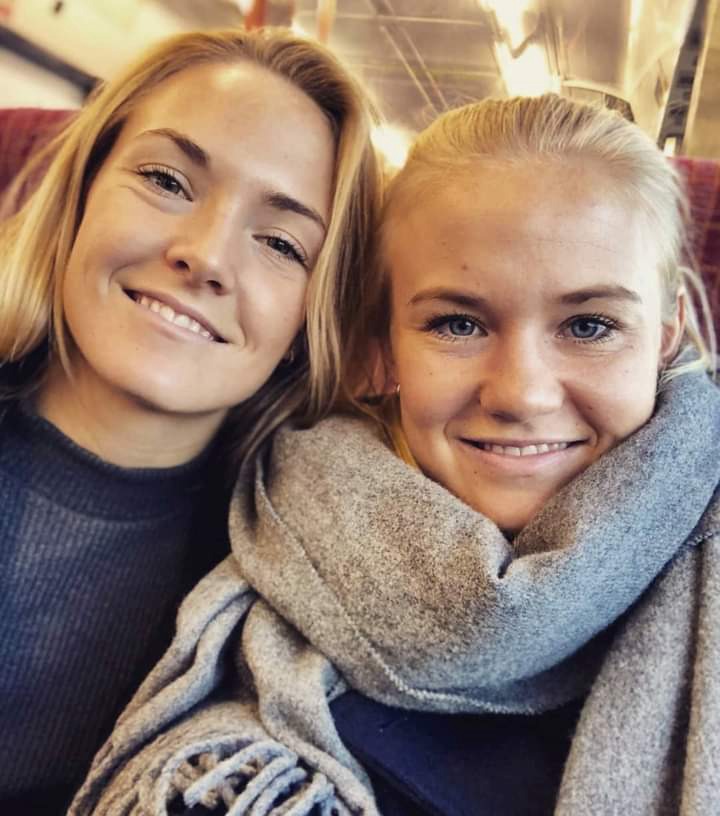 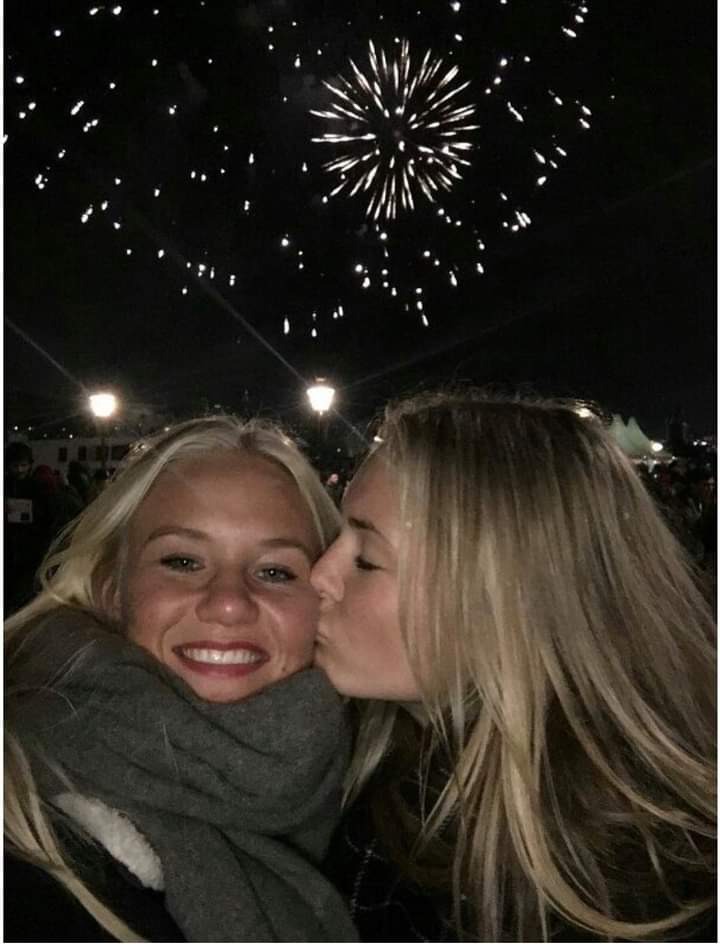 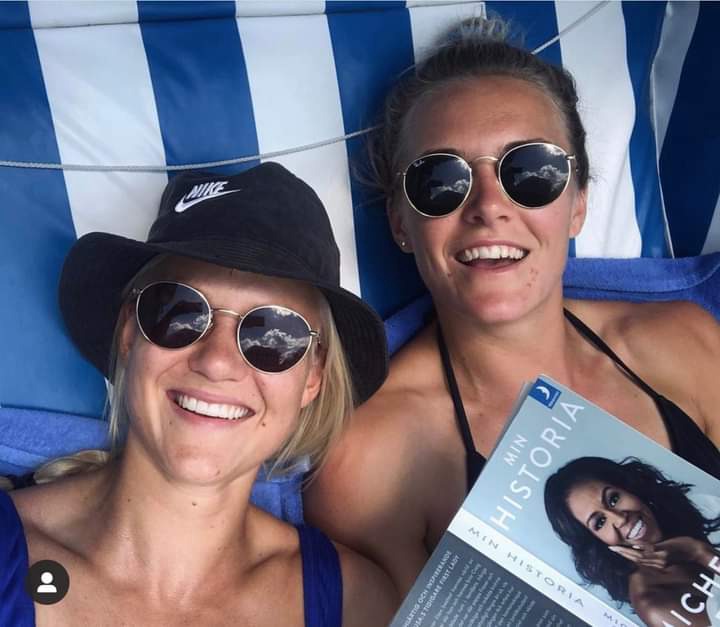 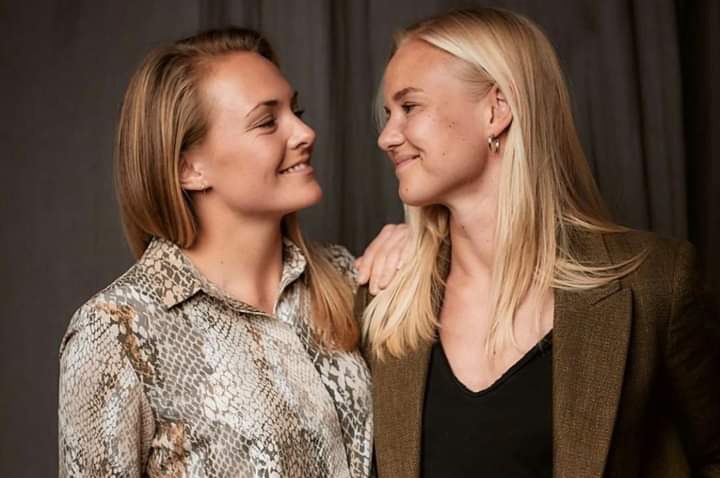 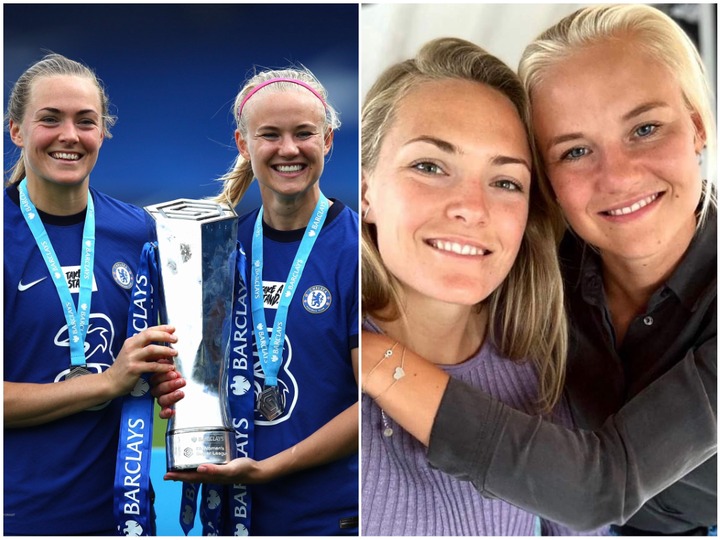 If Chelsea goes on to beat Barcelona Women on Sunday, they'll become the first English team to win the Women's Champions League.