Stunning Pictures Of Ronaldo's Girlfriend Georgina Rodriguez & Some Facts About Her. 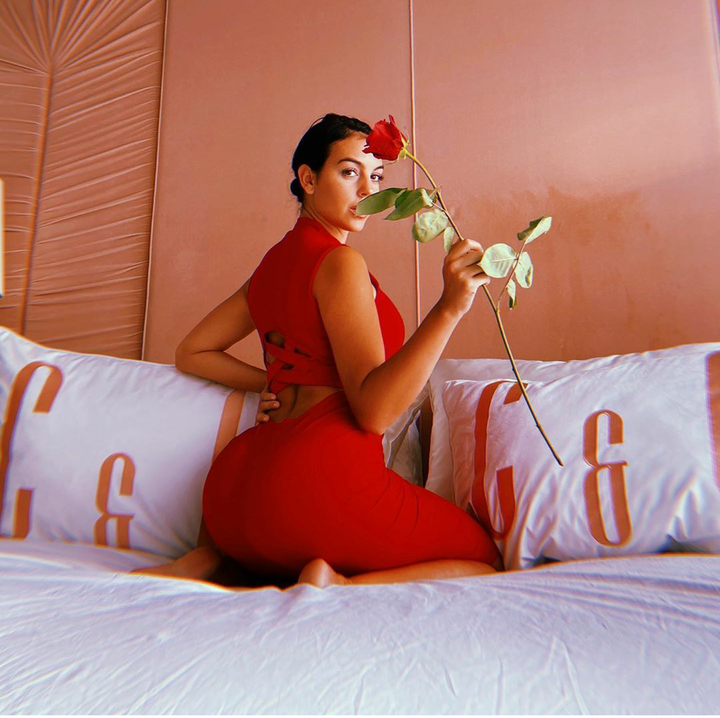 Rodriguez is originally from the northeastern Spanish city of Jaca. It has a population of just over 13,000 and is near the French border, around 450km from Madrid.

She is said to have worked as a waitress in her hometown before moving in with a family in Bristol, England , as an au pair. She focussed on learning English, earning around £9.50 an hour.

Once her language skills were up to scratch, she headed back to Spain to pursue her dreams of working in high-end retail in Madrid. She's one of the Most Famous Wags on the planet, but She hasn't always lived a life of riches and luxury.

The 26-year-old Spanish model lived in a cramped, shared house and worked as a £250-a-week shop girl before a chance encounter with football legend Ronaldo transformed her life.

She's now a model mum and Instagram icon, thanks to Ronaldo. She gave birth to a baby girl, her first with Ronaldo and the Juventus star's fourth child. 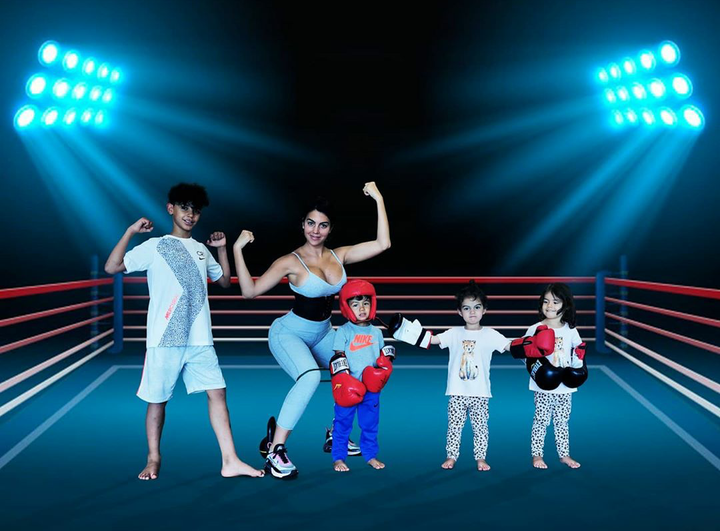 She has been with Ronaldo during hard times and good times. When Ronaldo's yacht was inspected by tax agents in the Balearic Islands and also, stood by Ronaldo after he was accused of raping a model in a Las Vegas hotel room.

She has been a great support to Ronaldo, She has also been spotted at several Real Madrid games, usually sitting beside and chatting to Cristiano Jr in the executive boxes.

She was there to support her husband at his award ceremonies, such as the FIFA Best Awards. Also, followed Ronaldo from Madrid to Spain after the forward signed for Juventus.

Georgina was on the pitch celebrating Ronaldo's first Serie A win with Juventus in 2019, as well as several other Juventus matches.

Check out the stunning picture of her, below. 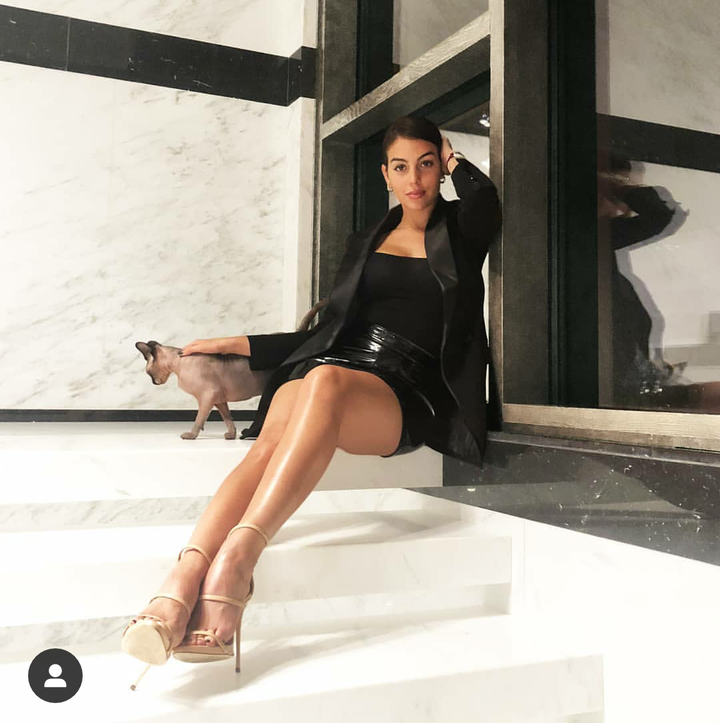 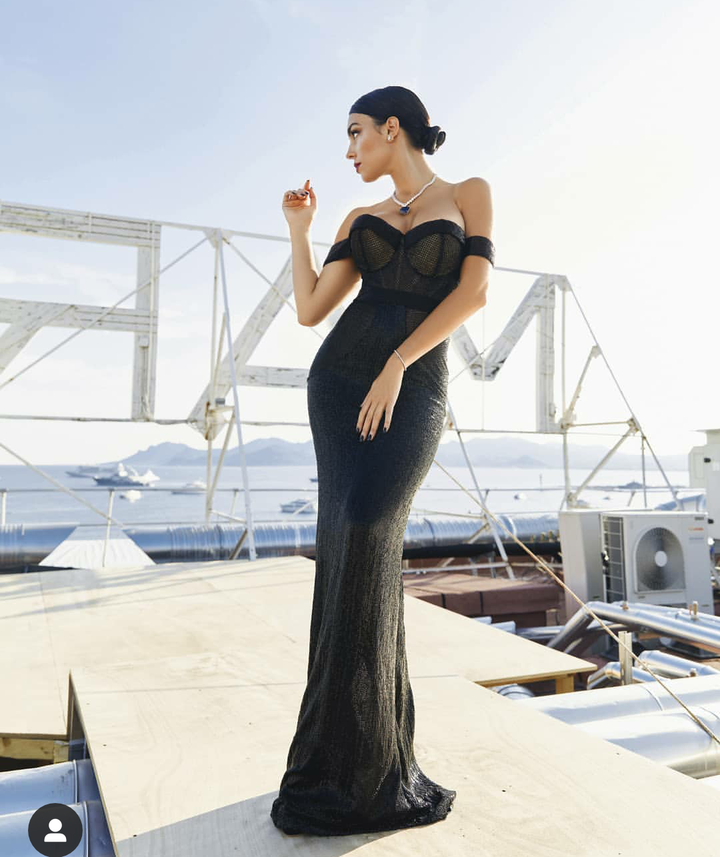 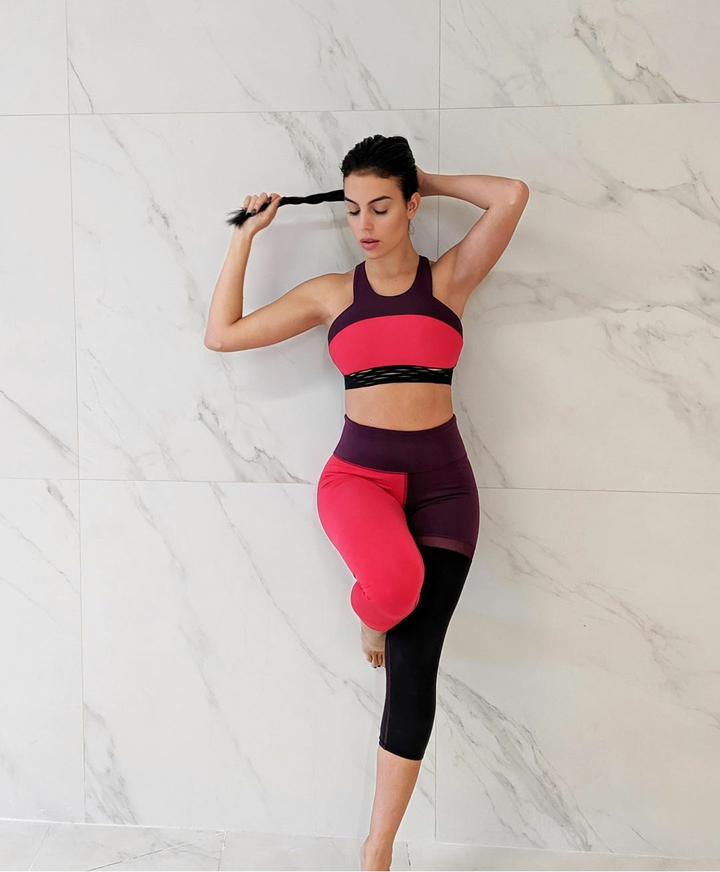 Is she really beautiful and stunning, You can drop your comment.