Will Africa Ever Win The Fifa World Cup?

By Delexino (self media writer) | 18 days ago 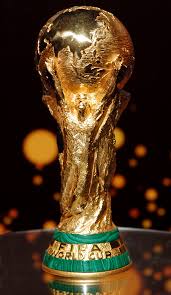 Since the Fifa World Cup began in the 1930s, there have been numerous winners and runners up but, the Brazil National Team fondly called The Samba Boys have practically made the Fifa World Cup their Inheritance over the years with staggering displays that, left everyone speechless.

Africa as a continent have been gracing the Fifa World Cup every now and then to, showcase what they were made of but were always phased out early in the competition. Senegal, Nigeria and Cameroon as one of the power houses in Africa have all tried to, take Africa Higher in the Tournaments over the years but they were not Lucky.

Over the years of Fifa World Cup, getting to the latter stages for the African representative have become slimer and more slimer per every four years so, these has got me thinking and I ask: Will Africa ever win the Fifa World Cup?, Taking an holystic look at the number of slot allocated to Africa, North America, Asia on then I wonder if we are all participating or invited as a guest at the Fifa World Cup since the European Region have 13 -14 slots while others have 5 or 6 slots allocated to their regions. Some region now even share the 5th slots by the virtue of an inter regional play-off to even grace the world cup.

If I am not mistaking, we all have a stake and contribution to Fifa so I wonder why 5 slots is given to Africa. Some World Stars like Zidane, Thuram, Dessaily, Evra, Vierra, Mendy, Kante just to mention a few have all gone and won the Fifa World Cup but not representing their Fathers Land, Africa. Fifa needs to wake up on time and equal the slots to all region because we are all members of these plannet called, Earth.

The Question I am putting to all of you is that: If the stars I have mentioned played for African Countries, Will they have won the Fifa World Cup?

Content created and supplied by: Delexino (via Opera News )