By TaiyeTaiwo99 | self meida writer
Published 16 days ago - 0 views Sevilla goalkeeper Yassine Bounou has not conceded a goal in his last seven matches across all competitions in Spain.

The last time the Morocco international was beaten was on January 19 when Edgar Mendez scored a 12th-minute equaliser for Deportivo Alaves in a 2-1 win for Sevilla.

Aside his recent impressive form, Bounou has proven to be one of the most reliable goalkeepers in La Liga this season with his records. He is the second goalkeeper to have saved the most penalties in the league this season (2), behind Granada shot-stopper Rui Silva (3).

He recently helped Sevilla beat Barcelona 2-0 in the first leg of the Copa Del Rey semi-final last Wednesday and his contributions have also helped Los Nervionenses climbed to fourth in the league table with 45 points from 22 matches.

Bounou alongside Atletico Madrid's Jan Oblak are the only goalkeepers to have conceded the fewest goals in LaLiga this season (13), with the Moroccan having played 19 games - two games less than his Slovenian counterpart.

Furthermore, the 29-year-old has registered the best percentage of saves in the Spanish top-flight this campaign with 79.69 percent followed by Oblak in the second place with 79.37 percent while Barcelona's Marc-Andre ter Stegen, Real Madrid's Thibaut Courtois and Valencia's Jaume Domenech complete the top-five.

He joined Sevilla permanently on a four-year deal from Girona last September following a successful loan stint where he helped Julen Lopetegui's side win the Europa League last season.

Content created and supplied by: TaiyeTaiwo99 (via Opera News )

cut off mark for unical davido and chioma fight iphone xs max specs lower body chris brown unripe plantain
Opera News is a free to use platform and the views and opinions expressed herein are solely those of the author and do not represent, reflect or express the views of Opera News. Any/all written content and images displayed are provided by the blogger/author, appear herein as submitted by the blogger/author and are unedited by Opera News. Opera News does not consent to nor does it condone the posting of any content that violates the rights (including the copyrights) of any third party, nor content that may malign, inter alia, any religion, ethnic group, organization, gender, company, or individual. Opera News furthermore does not condone the use of our platform for the purposes encouraging/endorsing hate speech, violation of human rights and/or utterances of a defamatory nature. If the content contained herein violates any of your rights, including those of copyright, and/or violates any the above mentioned factors, you are requested to immediately notify us using via the following email address operanews-external(at)opera.com and/or report the article using the available reporting functionality built into our Platform 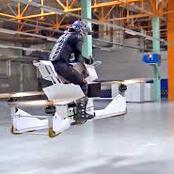 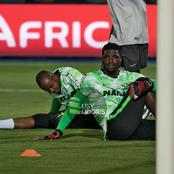 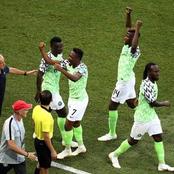