After beating Valencia 8-0 at the Estadio Juan Cruff, Barcelona women Team continue to maintain their unbeaten run of games as they smashed Villarreal on Matchday 4.

Going by their previous games, Barcelona feminine New Coach, Jonatan Giraldez seems to have a belief in Nigeria's Striker, Asisat Oshoala. Oshoala has been playing some free role position according to instructions and the game against Villarreal wasn't a difference. At the Ciudad Deportivo del Villarreal, Barcelona Women robbed salt on Villarreal's injury by scoring 8 goals without any reply. 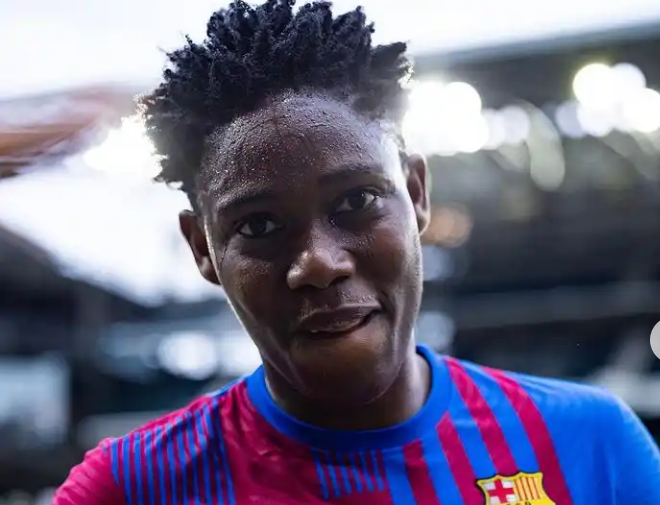 Usually, Oshoala would start from the bench in games of this level but the absence of Jennifer Hermoso in the team has given her a huge responsibility of playing directly from the Midfield in supporting strike role Which she also spare head according to the tempo of the game. Lieke Martens opener in the 17th minute was all the confidence needed for another glorious outing which Oshoala grabbed with Joy. Asisat created the chance for Alexia Putellas' goal before assisting Marta Torrojen for Barcelona's 3rd goal just 37 minute, to rapped up the first half in blazing colours. 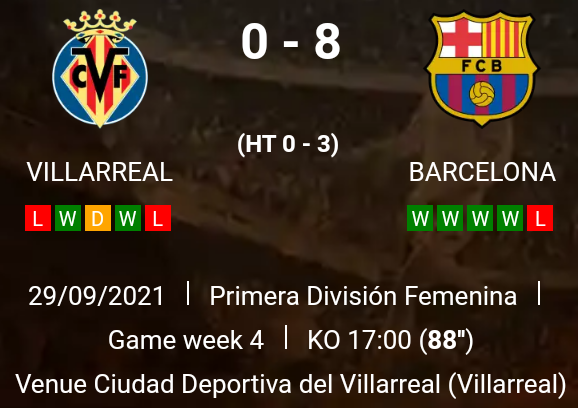 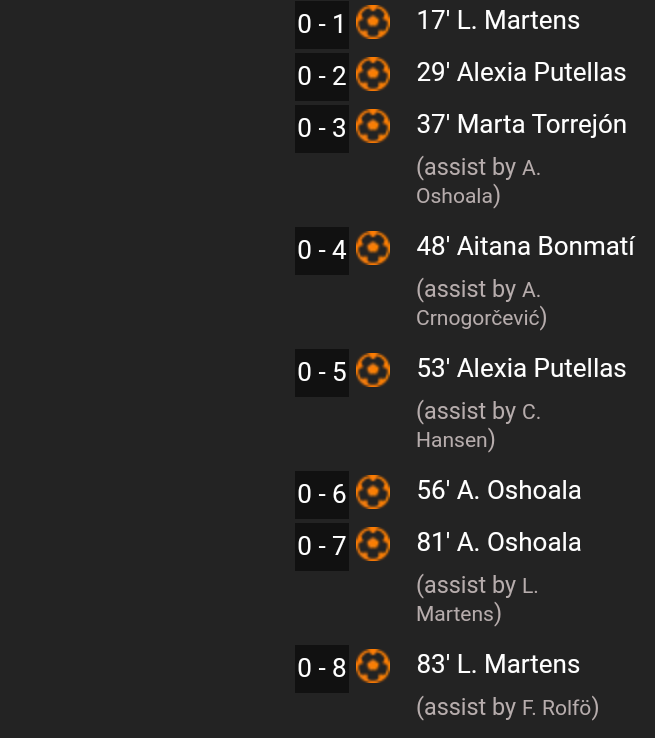 Playing deep into the attacking line even when she needed to draw back for defending from the Midfield in supporting role wasn't such a big deal for her. The stability she maintained between the Midfielders and Attackers was awesome as she took the leadership role upon herself. 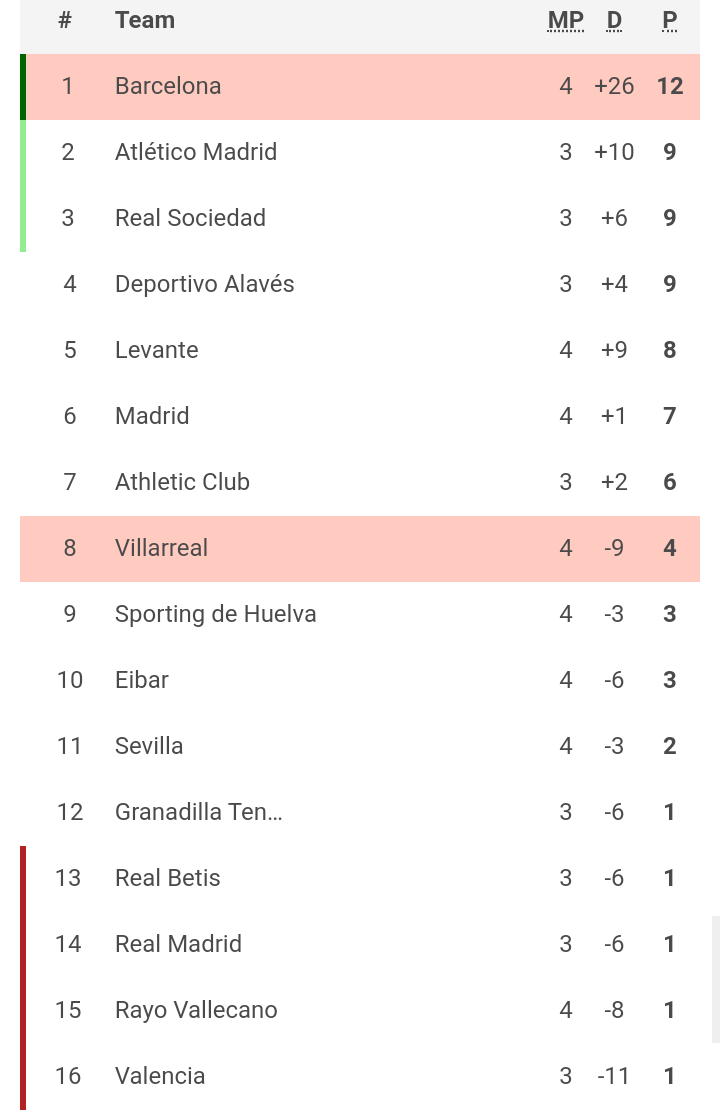 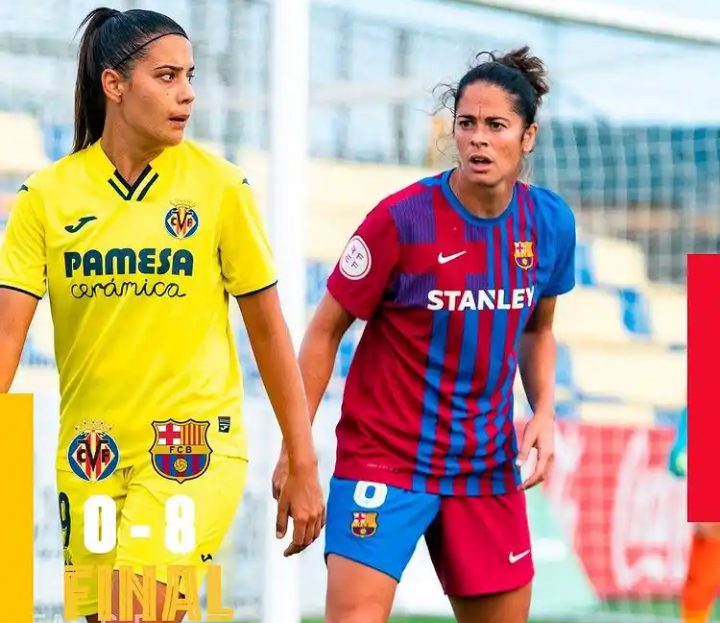 Bruna Vilamala was well known to always replacing Oshoala during Barcelona's former coach tenure but it's looking different now as Jonatan is giving much playing times and responsibilities to Oshoala who is gradually looking like the team's leader. Bruna replaced Alexia in the 69th minute to give more playing time to the Nigerian Striker. Oshoala's 56th and 81st minute goals for Barcelona further demoralised the home Team as Lieke Martens got the Final goal of the Night. 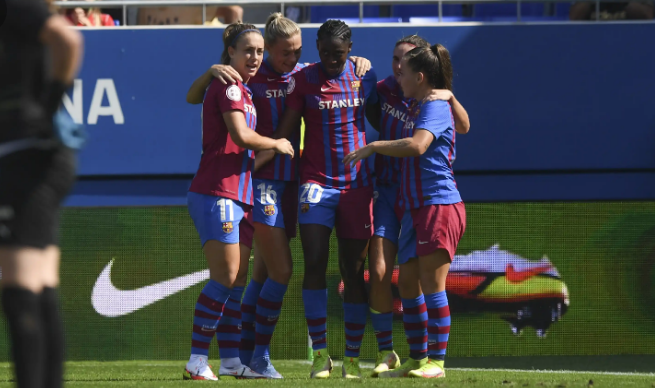 Barcelona stand firm on top of the log after their 8-0 victory over Villarreal with 12 points after 4 games. They are already embarking on another run like last season in which Oshoala is expected to play a major role as the season is looking well for her. She has 4 goals already this season. Where will Oshoala finish on the top scorers' log this season? Your guess is good but only time will tell. Follow for more women football stories.

Benefits of parallel play for toddlers

How to potty train children with special needs