Van Dijk And Maguire: Who Is A Better Player Between Them

By Emelastepen (self media writer) | 1 year ago 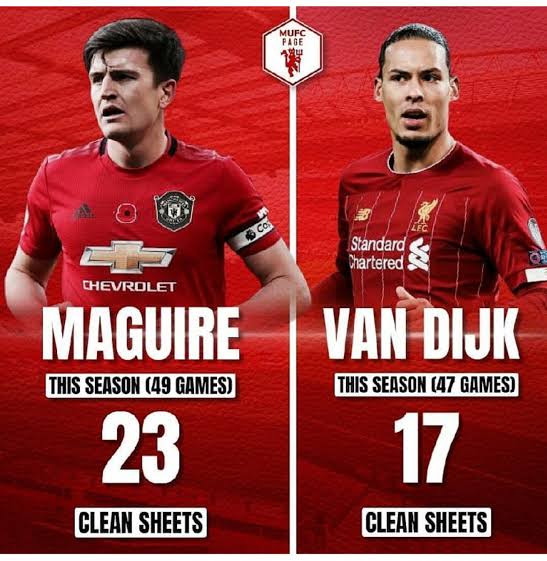 The statistics below shows how the two great defenders in the English premier league are compared based on their performance this season.

Comparing this two players based on their performance, these two players has been rated as one of the top and prolific defenders in Europe and they are most valuable in the transfer market. 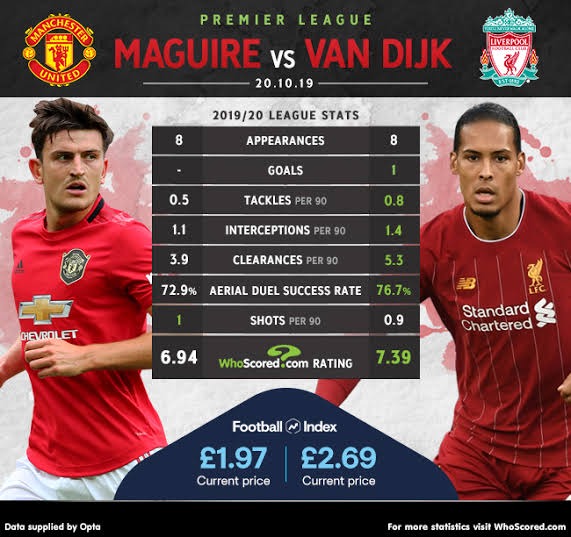 The Netherlands defender Virgil Van dijk is the Liverpool defender and he is the best defender in English league. He has been known for his speed, clearances and agility.

The Manchester united player Harry Maguire this season, has made 35 appearances so far scored 1 goal and 1 goal assistsmade 18 blocks.

The Liverpool defender Van Dijk made 36 appearances and scored 4 goals with 1 goal assists. With 14 blocks. 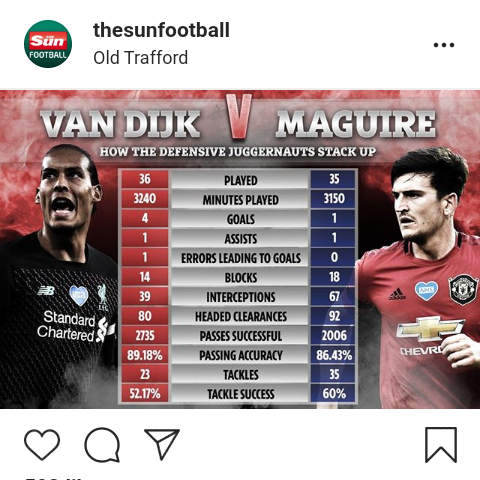 Between this two defenders, who is a better defender