By JonGinho (self media writer) | 11 months ago 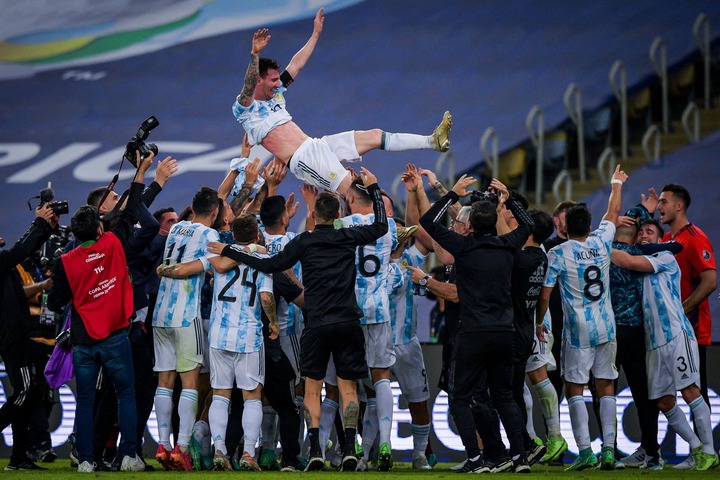 Lionel Messi finally won an International trophy with his country, an achievement he has never achieved despite winning literally every trophy in club football with Barcelona. The Argentine captain played an important role in Argentina's success at the Copa America this year. 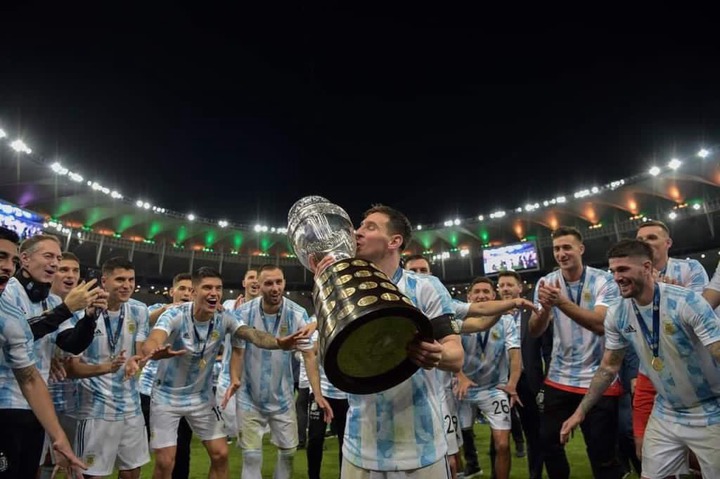 Argentina played the defending champions Brazil at the Maracana stadium in Brazil, and came out victorious thanks to a first half strike from Angel DiMaria. The lone goal gave Argentina their first major title in 28 years. 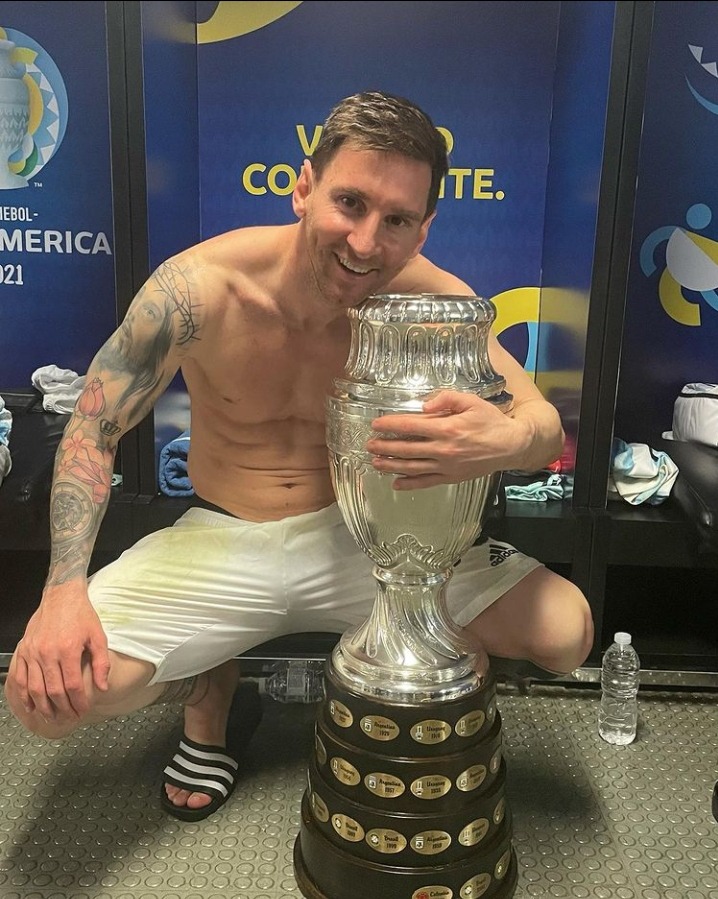 Lionel Messi has broke another record on social media, after posting a shirtless picture in the dressing room with the trophy they won after years of trying. Lionel Messi picture now holds the record for the most liked picture of any sport athletes with over 20 million likes on a single picture. 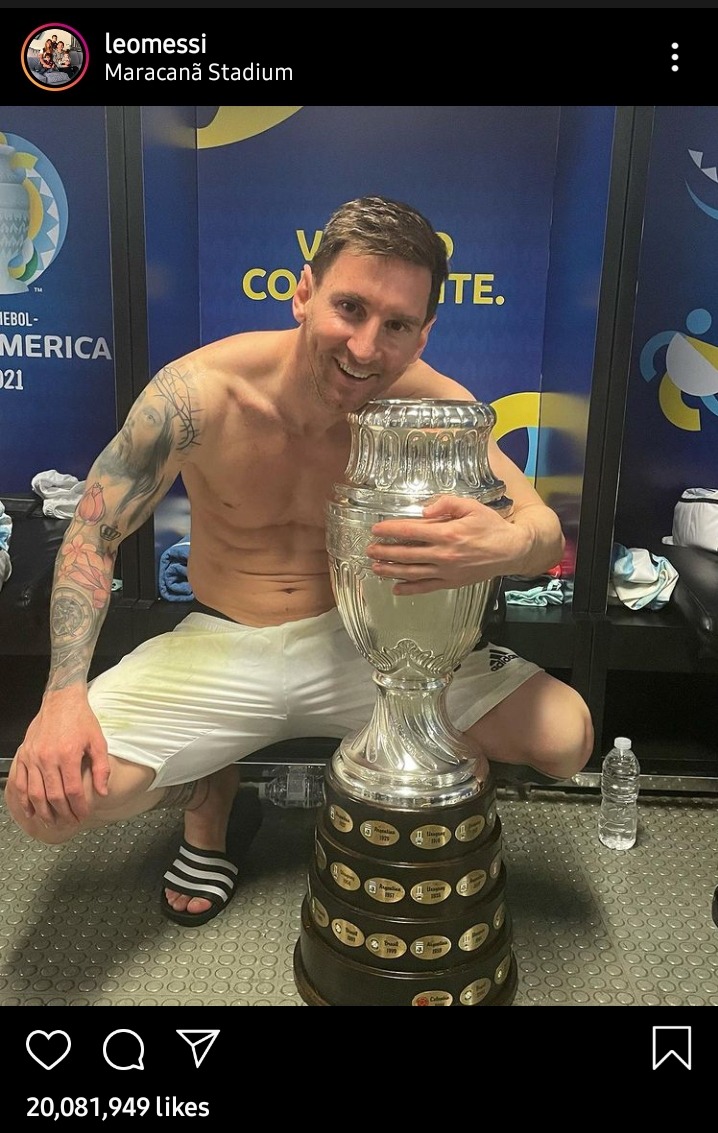 Messi has over 232 million followers on Instagram, and 20 million people liked his photo which makes him the athlete with the most likes on Instagram. 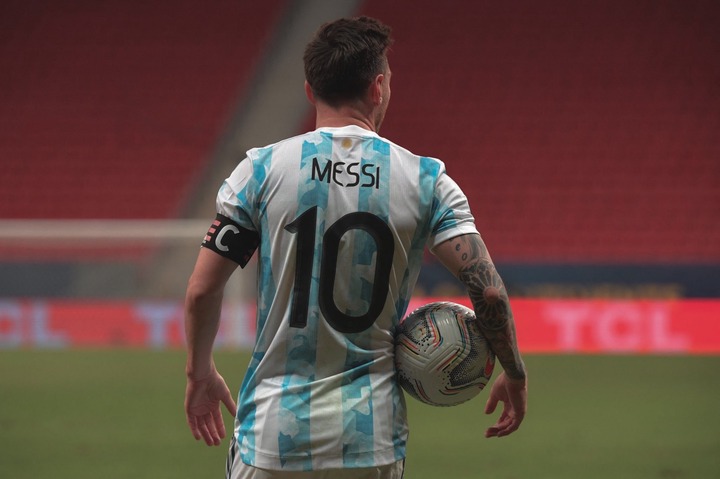