On thurday night Real madrid the biggest and most successful team in spanish football ensured a resounding victory over villareal as they clinched their 34th laliga title after a hard fought victory.

Madrid began the match knowing fully well a win would confirm them champions of spain after leading their closest rival Barcelona with a four point gap with just two games left, and boy did they dig deep to ensure no stone was left unturned for their undenying crowning moment of glory as champions of la liga.

Champions after 3 Year Of Barca Dominance. The last time los blancos won the league was in 2017 after they barely clinch the title from barcelona on head to head rule.We all thought this campaign was heading in that direction, until Barcelona became a shadow of their high standard performancing selves after the resumption from the convid19 break in the league. While football is a team sport, credit should be given to every member of the men in white of madrid squad, management and coaches , but the ever leading captain Sergio Ramos was key in scoring four winning penalties and a superb freekick to keep madrid pushing upfront, while also ensuring good coordination of a menacing defensive unit at the back to prevent conceding of goal by his team.

Karim Benzema who would eventually end up as madrid top scorer in laliga led the attacking front line with pace, sacrifice, assist and goals, having scored 20 goals already in the league and madrid first goal scorer in 13 matches in the 2019/2020 season. With Barcelona having all sorts of problems on and off the pitch from coaching,management, players rifts and clashes, the stage was set for madrid takeover of the top spot in spain if only they could keep it together.

While Barcelona have been largely inconsistent post convid19 with three draws, one loss and six wins, los Blancos have raced to a staggering 10 consecutive wins after convid19 with some pragmatic but effective performances and the assistance of VAR to occupy the league summit, nevertheless worthy champions any day and time for the 2019/2020 campaign. 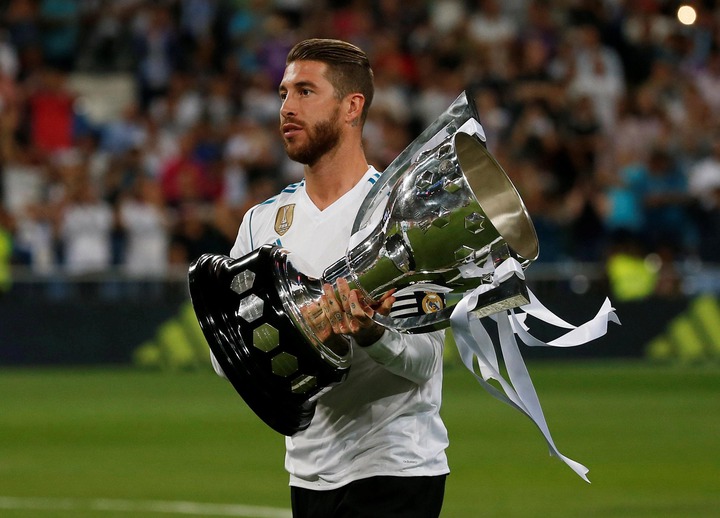