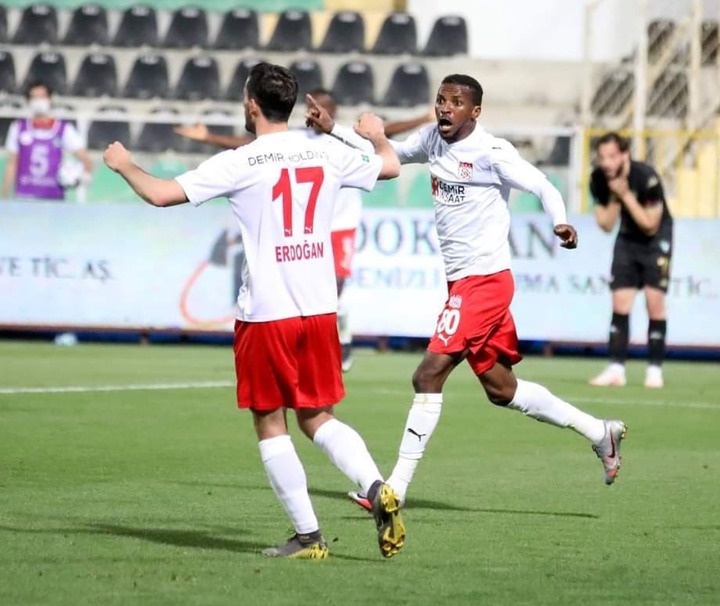 Turkish Super Lig giants Sivasspor football club have reacted after Super Eagles of Nigeria Striker Olanrewaju Kayode netted again for the club, in their 1-1 away League draw against Denizlispor FC, to extend their unbeaten run to 14. 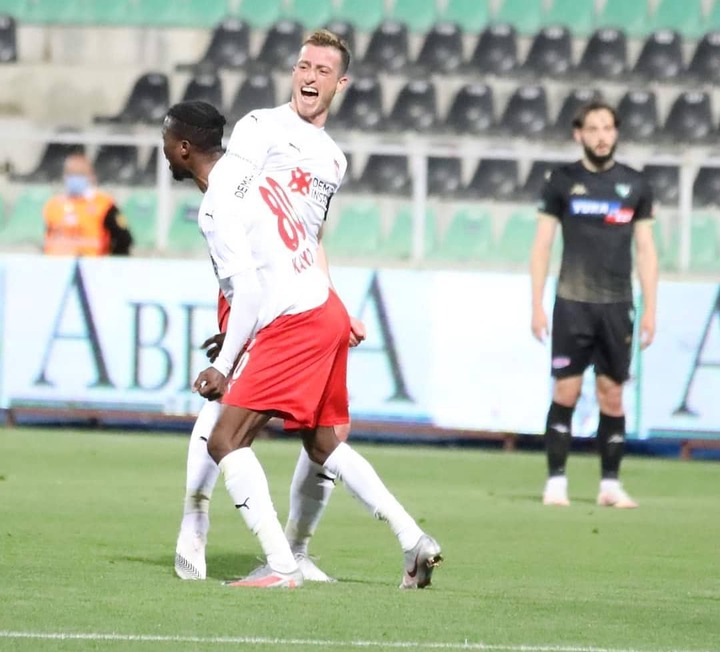 The Nigerian international who has been superb for the club in their last five matches where he was able to contribute to nothing less than 5 goals, was rewarded with a start by coach Riza Calimbay, and he was able to impress again, as he scored a fine goal in the first half of the game.

The former Manchester City football club of England star started in his team's attack ahead of Ivorian Arouna Kone and Mustapha Yatabare, and he was able to justify his starting role, as he scored to extend his team's unbeaten run. 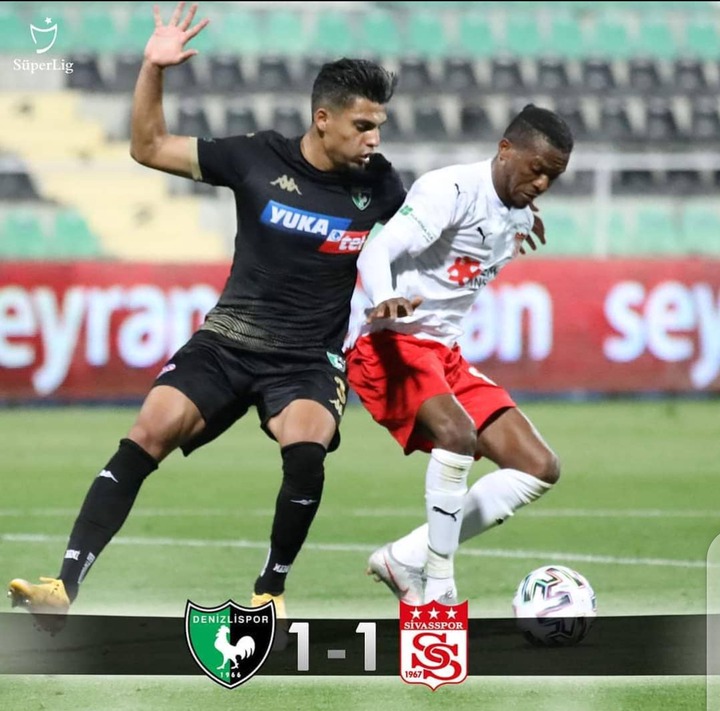 Olanrewaju Kayode opened scoring for the home team in the first half of the game, before they conceded in the second half of the game through Mix Diskerud to end the match in no victor, no vanquished at Yeni Sivas 4 Eylul Stadi in Turkey.

The draw has now taken Sivasspor football Club's unbeaten League run to 14 this season, and they'll be looking forward to extending it when they play their next game in the midweek. 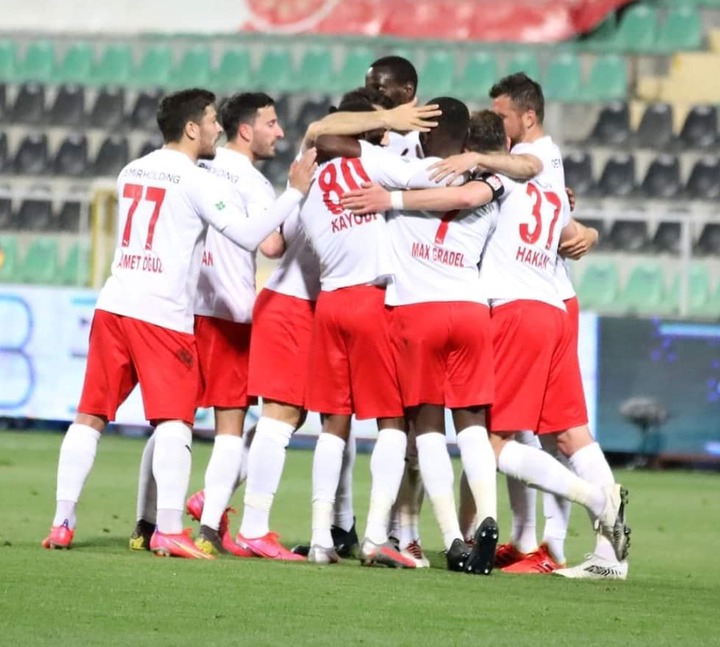 "Our team after Olanrewaju Kayode's goal in Denizlispor." 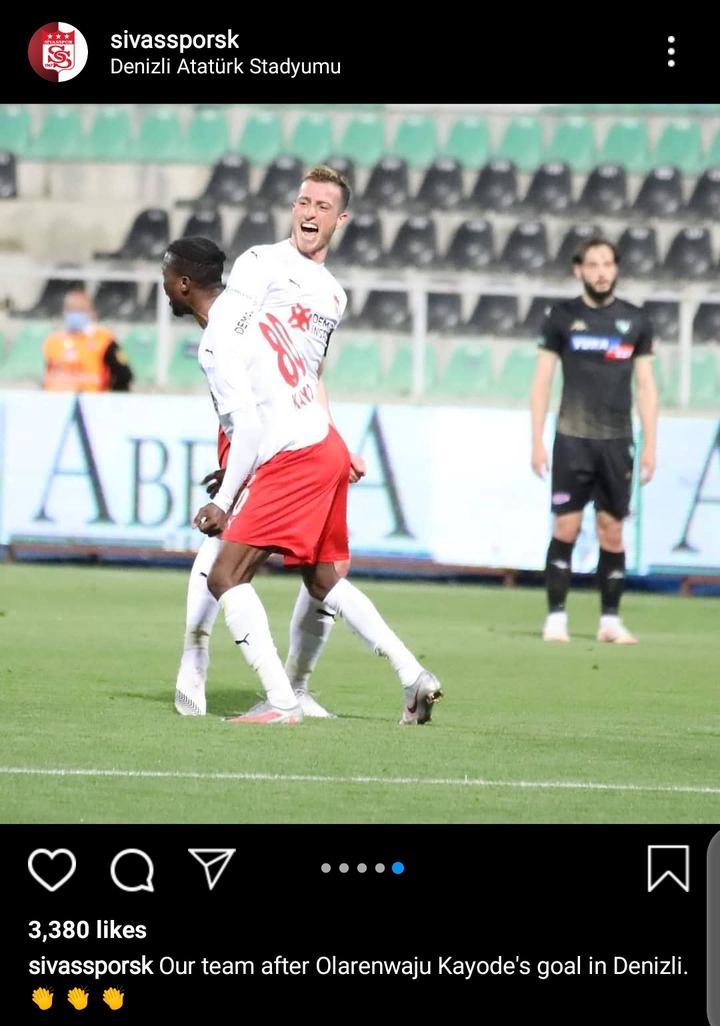 They stated further that the draw has extended their unbeaten run to 14. 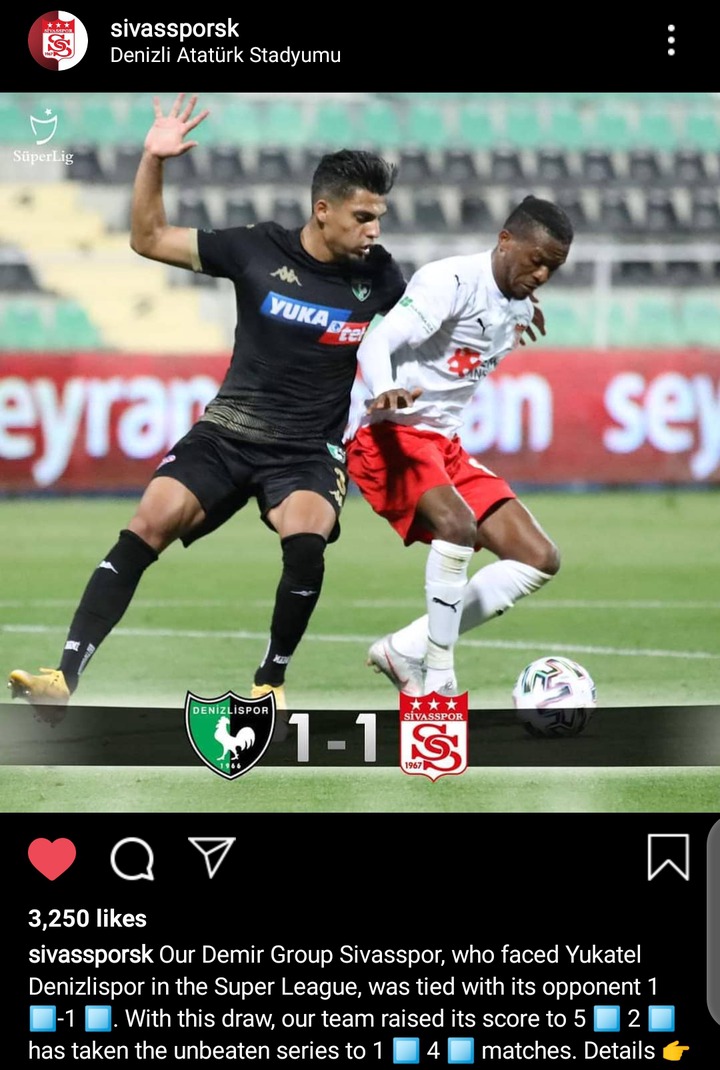 Olanrewaju Kayode has already netted 9 goals for Sivasspor FC in all competitions this season, and he'll be looking forward to continuing his impressive performance when they play their next game in few days time.