ATM VS BAR: 2 Tactical Patterns Ronald Koeman Should Avoid Today To Save His Job

By SportSire (self media writer) | 24 days ago

The LaLiga fixtures for the 2021-2022 campaign continue today, as Barcelona will be clashing against Atletico Madrid at Wanda Metropolitano Stadium, exactly 8pm in the evening. Apparently, this is going to be a tough match between the two sides, especially the Ronald Koeman's men as regards their all-around performances lately. 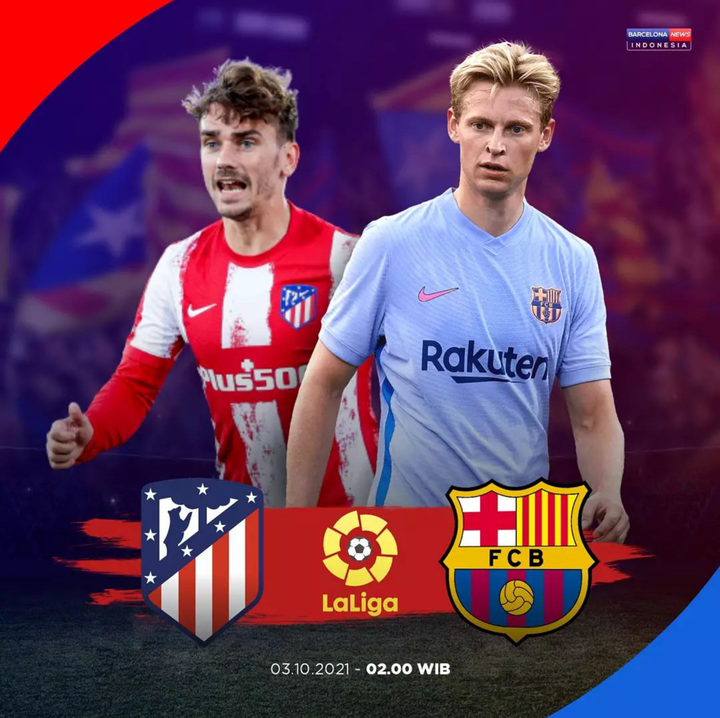 Initially, the Diego Simeone's men always faced the Blaugranas with a high level of winning spirit, even with Lionel Messi. However, the Dutch manager is expected to avoid defeat today, having been on the verge of leaving Camp Nou this campaign. As a matter of fact, almost all the fans want him out of the club as soon as possible.

Meanwhile, Ronald Koeman could save his job at Barcelona, if he avoids these two tactical setups against Atletico Madrid today. Obviously, Joan Laporta wants to sack him because of his awful statistics, but he may change his mind if the Catalans bag 3 points against their rival at Wanda Metropolitano Stadium today. So, in order to win against the Diego Simeone's men, the Dutch gaffer shouldn't make these two tactical mistakes. Without a doubt, Barcelona lost against Bayern Munich, Benfica and drew with Cadiz because of these patterns. Having said that, he would need to play another formation this evening so as to save his job at Camp Nou.

According to several reports, Joan Laporta has already lined up many managers as his replacement. Nevertheless, he could finish this season at Barcelona, if he wins against Atletico Madrid today. And, he can only claim the 3 points when he avoids these two tactical mistakes below. Of course, the Diego Simeone's men can be very dangerous in both defense and attack, but the Bluagranas can defeat them without using these two tactical patterns. Firstly, the Dutch manager shouldn't start Luuk de Jong and Memphis Depay together. Apparently, there's no good combination between the two Dutch players, because they both failed to dazzle outstandingly alongside each other against Bayern Munich and Benfica. As a result of that, Ronald Koeman shouldn't play them together as double strikers at Wanda Metropolitano Stadium, if he really wants to save his job as a Barcelona coach this season. Potentially, the Diego Simeone's men are more defensively balanced than the Bundesliga and Portuguese sides, which means the two forwards won't be able to break through Atletico Madrid's defense line, since they failed woefully in their two UEFA Champions League games. Without a doubt, Barcelona are still missing brilliant and talented players like Ousmane Dembélé, Sergio Agüero and the rest. Having said that, Ronald Koeman should go with Memphis Depay as a striker, while Ansu Fati and Demir Yusuf should play widely in front. With that being said, Barcelona would be able to dazzle impressively up front, rather than being awful in performance with Luuk de Jong in the squad. 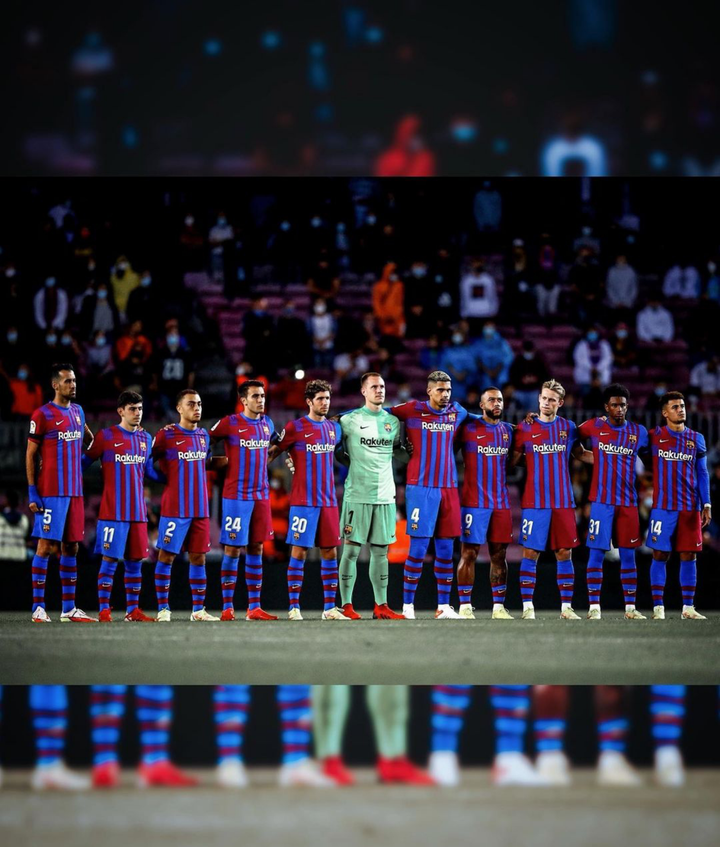 Secondly, Ronald Koeman should avoid using the formation of 3-5-2 at Wanda Metropolitano Stadium. Of course, this is another tactical setup the Dutch manager shouldn't use against Atletico Madrid today, because it didn't work for the Blaugranas. Playing the formation of 3-5-2 at Wanda Metropolitano Stadium won't favour Barcelona, as the Diego Simeone's men will be able to subdue them in attack and defense. On the contrary, the Catalans gaffer should lineup the formation of 4-3-3 or 3-4-3, but having three midfielders in the team won't make him save his job. Fortunately, it's a good thing that Jordi Alba is expected to start today, so he will handle the left-back position, while Ronald Araujo and Gerrard Pique as centre-backs with Sergiño Dest on the right-back position. However, Atletico Madrid have some brilliant players in front, but these four defenders are capable of disrupting their plans tonight.