The ever charismatic Portuguese forward, Cristiano Ronaldo continues to make moves in the English Premier League since his return to the Old Trafford on the deadline day of the summer transfer window. Ronaldo's goalscoring form hasn't tricked down at all since he featured against Newcastle United this season. The Portugal international has been outstanding in various leagues, winning the golden boot in those leagues and every trophy associated with the club. His present record in football still stands, he is the only player in the history of football to have won the golden boot in England, Spain, and Italy. 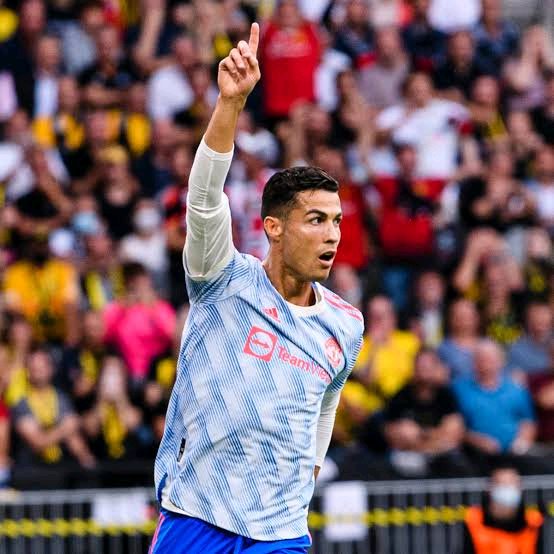 The Portuguese is aging like a fine wine and has begun this season on five goals, with the September Player of the month in both the Premier League and Manchester United in the bag already. 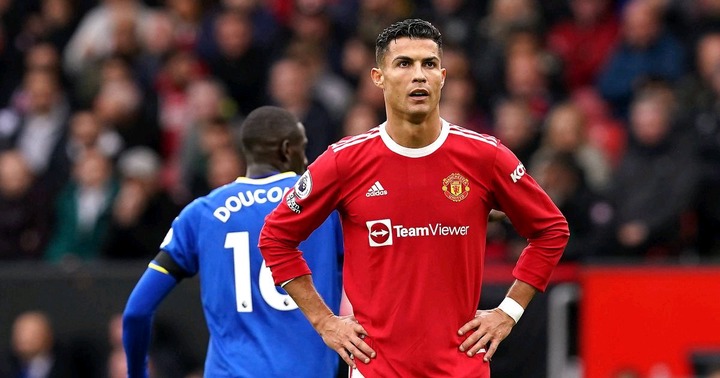 Prior to Cristiano Ronaldo's returned to the EPL, he had scored 84 Premier League goals during his first spell with Old Trafford, which was miles away from the goal scored by Chelsea's legendary goalscorer; Didier Drogba. 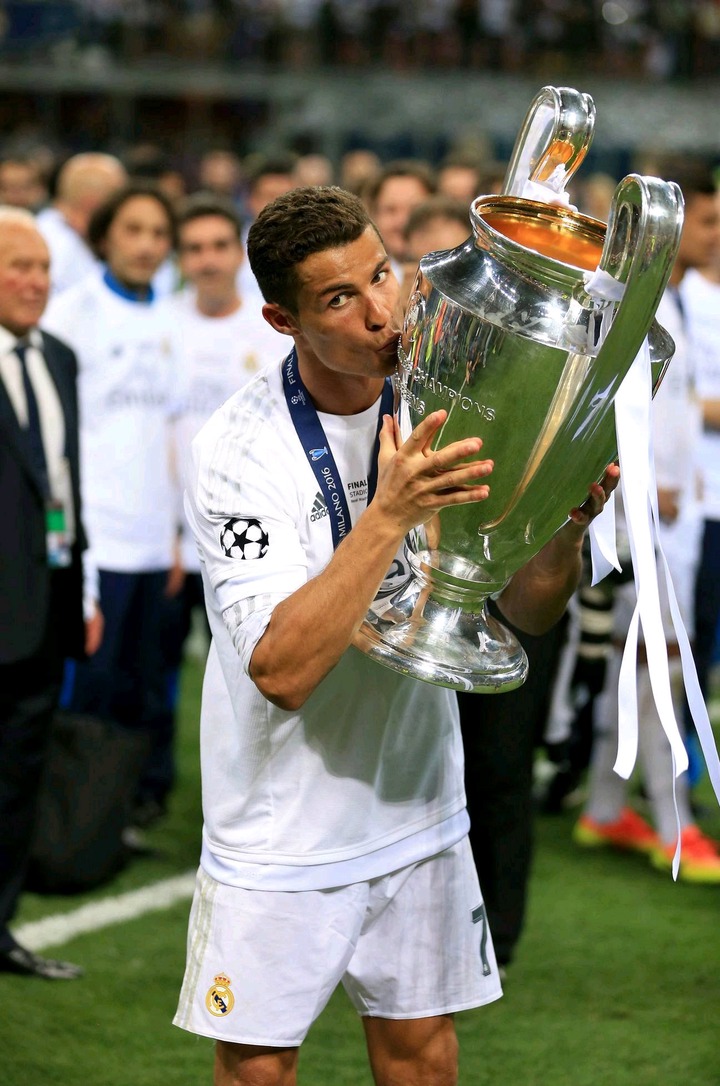 Didier Drogba scored 104 goals for Chelsea throughout his spell at the club, making 254 appearances. Didier is one of the most decorated players in the English Premier League and Chelsea Football Club. It took him nine(9) seasons in the EPL to attain such number of goals. 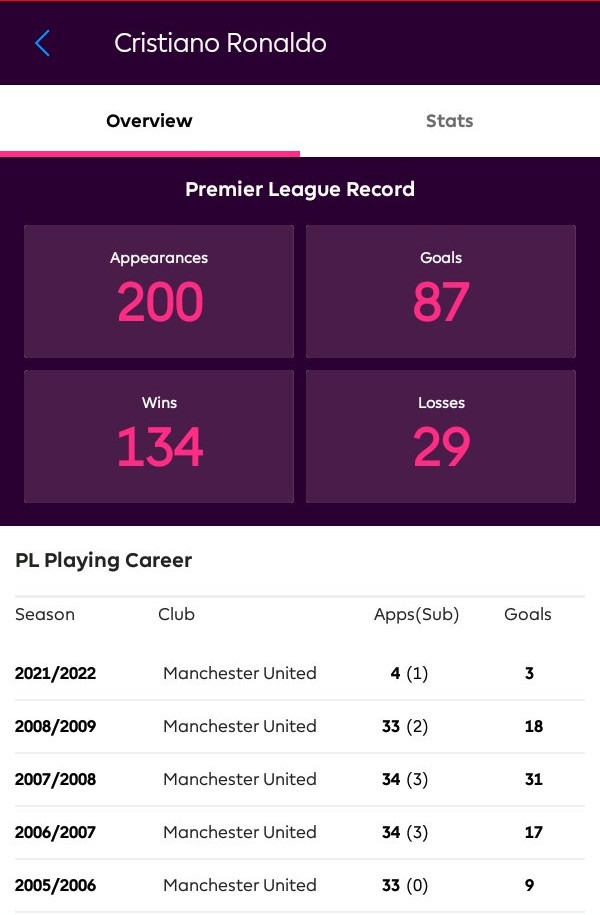 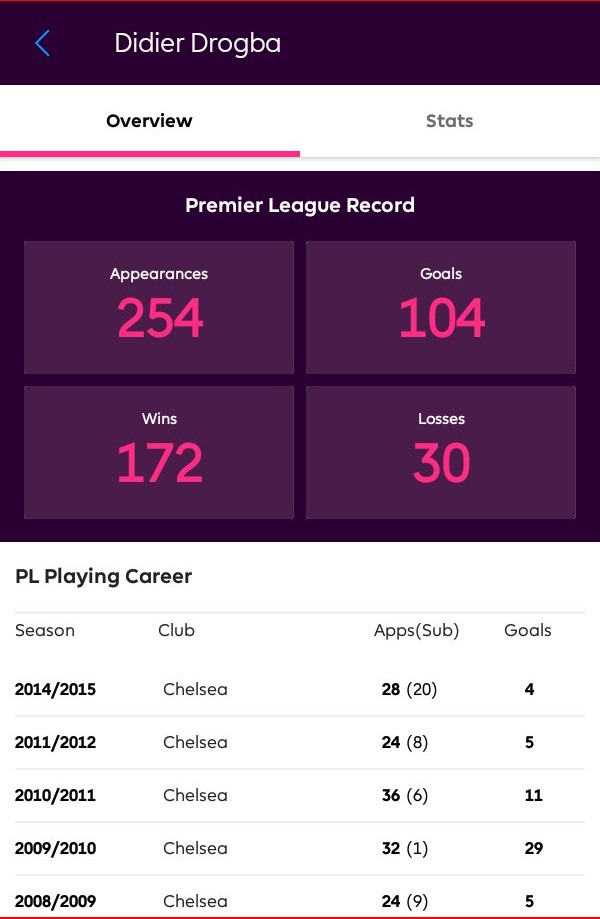 Presently, Ronaldo has moved his tally to 87 goals in 204 appearances and so needs 17 goals to be level with Didier Drogba. This doesn't look difficult for the Portuguese to achieve, judging from his incredible goal-scoring form at Manchester United.

Ronaldo's style of play doesn't require him to have the ball all the time before he finds the back of the net. He has transitioned into an effective goal poacher who waits for tap-ins and penalties to grow his number of goals. Surpassing the Chelsea Legend this season is more likely to happen than ever.

Going through history lane, during his days at Real Madrid and Juventus, Cristiano Ronaldo never recorded below 20 league goals for the past seven seasons. This presents a big likelihood that he will score over 20 EPL goals at Manchester United before the season ends.

Ronaldo doesn't have a track record of injury woes that might affect his game. The only challenge Cristiano Ronaldo might face presently is the age factor. A player's performance is directly proportional to his/her age and so, he might be poised with the situation where his legs are no longer strong to carry his body but that can only happen maybe in three years or so.

Therefore, Cristiano Ronaldo is more than capable of overtaking Didier Drogba before the season comes to an end in May. Do you agree with me on this?