Bruno Fernandes Breaks Another Record, First Player to Win it in EPL History

Bruno Fernandes arrived at Old Trafford last year in the January Transfer Window as a possible replacement for the once doubtful Paul Pogba who is previously linked with a move to Juventus. The arrival of the former Sporting CP midfielder saw the previous low-performing Manchester United improving in performance under their then caretaker manager, Ole Gunnar Solksjaer. They were able to finish last in the third place ahead of their league rivals, Chelsea.

However, the Red Devils Magnifico has been chosen as the best January Signing in Premier League history according to votes cast in a post poll on BBC Sport: 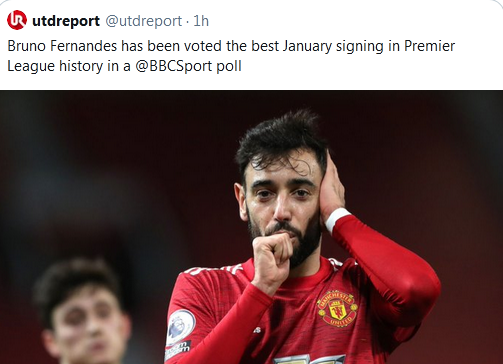