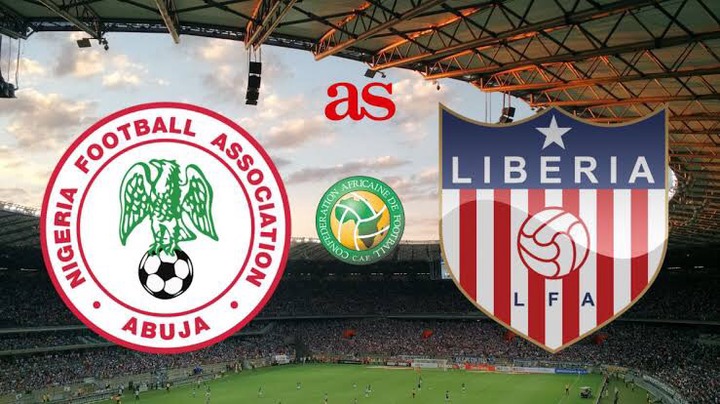 On September 3, 2021, Super Eagles players celebrate one of Kelechi Iheanacho's goals against Liberia in a World Cup qualifier at the Teslim Balogun Stadium in Lagos.

Nigeria's Super Eagles defeated Liberia's Lone Stars 2-0 in a Qatar 2022 World Cup qualifier on Friday, thanks to a brace from Kelechi Iheanacho.

At the Teslim Balogun Stadium in Surulere, Lagos, the striker scored twice in the first half to seal the victory for Gernot Rohr's team.

Following a short corner kick and rapid interchange of passes between him and Alex Iwobi, Iheanacho put the Eagles ahead on 22 minutes with a scorching shot from the edge of the penalty box.

Iwobi was also the provider for iheanacho in second in the 45th minute of the game.

Jamilu Collins' long throw from the left was met by Iwobi's headed flick-on, which landed into the path of Iheanacho. The Leicester City striker still had work to do as he deftly deflected the dropping ball with his left foot before calmly tapping into the back of the net with his right to give the former African champions a comfortable lead at the break.

The Super Eagles controlled possession and dictated the game's pace in the second half, much like they did in the first.

Nigeria got off to a solid start in the qualifiers with a win in front of their home fans, with the only difference being the lack of additional goals.

Content created and supplied by: Gabe123 (via Opera News )