By Raybod (self meida writer) | 3 months

Liverpool yet went on another defeat this week as they were defeated by Leicester City in a unique turn around of the season so far. They were defeated by 3 goals to 1 having being leading with a line goal till the 78th minutes when Leicester got a free kick slotted in by Maddison. The remaining two came within seven minutes of the first goals. 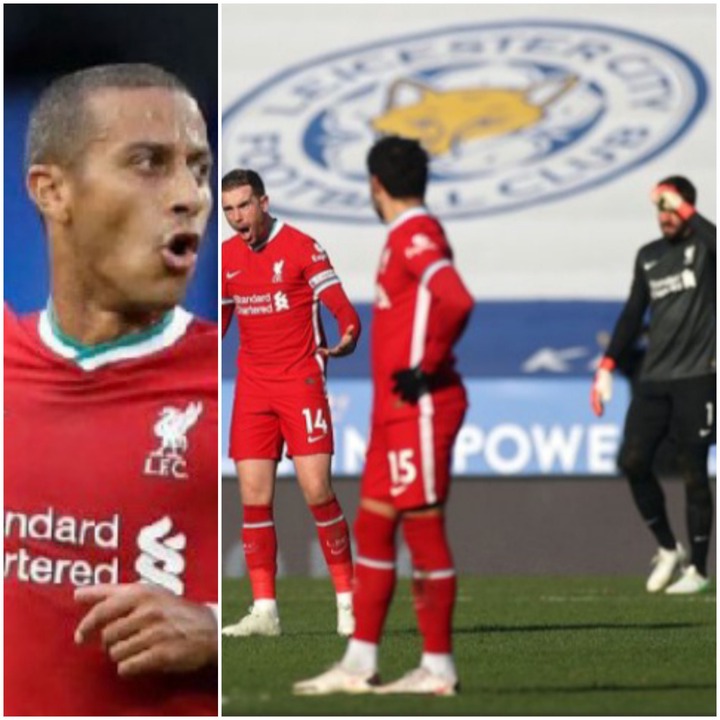 Two of liverpool players have been connected to their loss in their last two games, these players are Allison and Thiago. Allison especially was involved in three goals conceded by his team, two from last week against Manchester City when he gave up two sloppy pass two give the current table topper two goals. 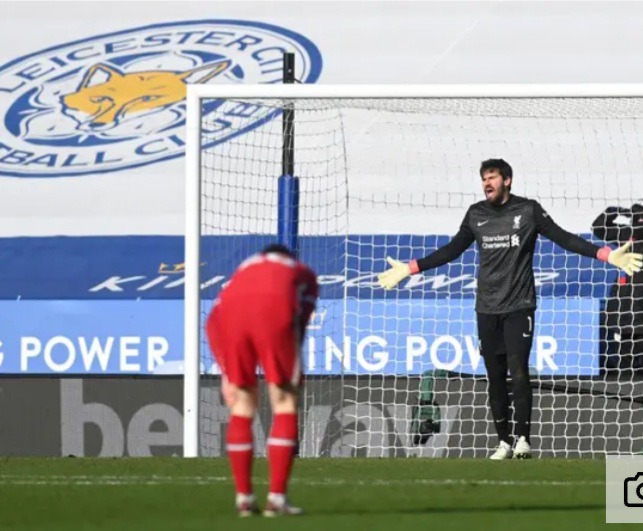 Today as well he was also involved in another error leading to goal after a misunderstanding with his center back, Kabak who made his debut which lead to the second goal. Thiago on the other hand has not been doing what many people expected of him when he signed for Liverpool. 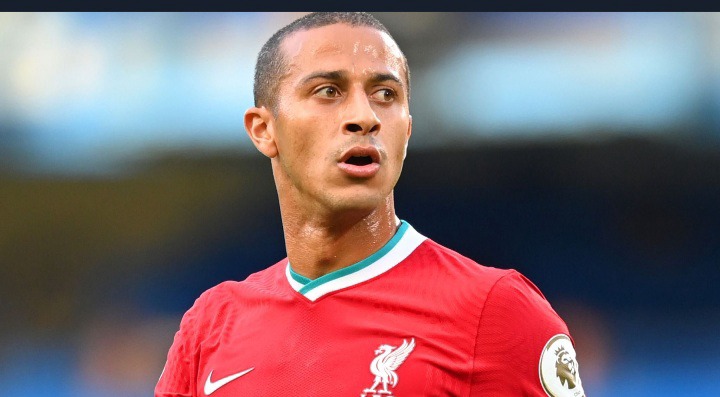 These two player has however become objects of banter for rival fans as they took to social media to troll these two fantastic players that have just not been themselves these few weeks. Many of these people trolling even went ahead to start comparing Allison to former Liverpool goal keeper, Karius and Chelsea goalkeeper, Kepa. 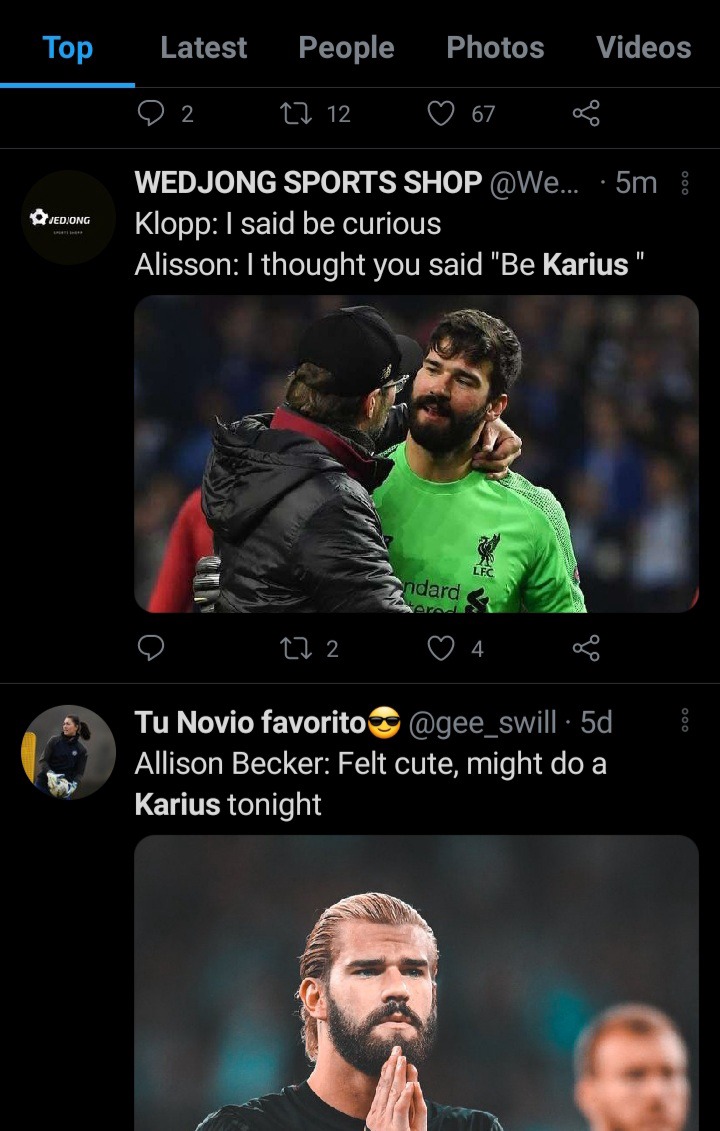 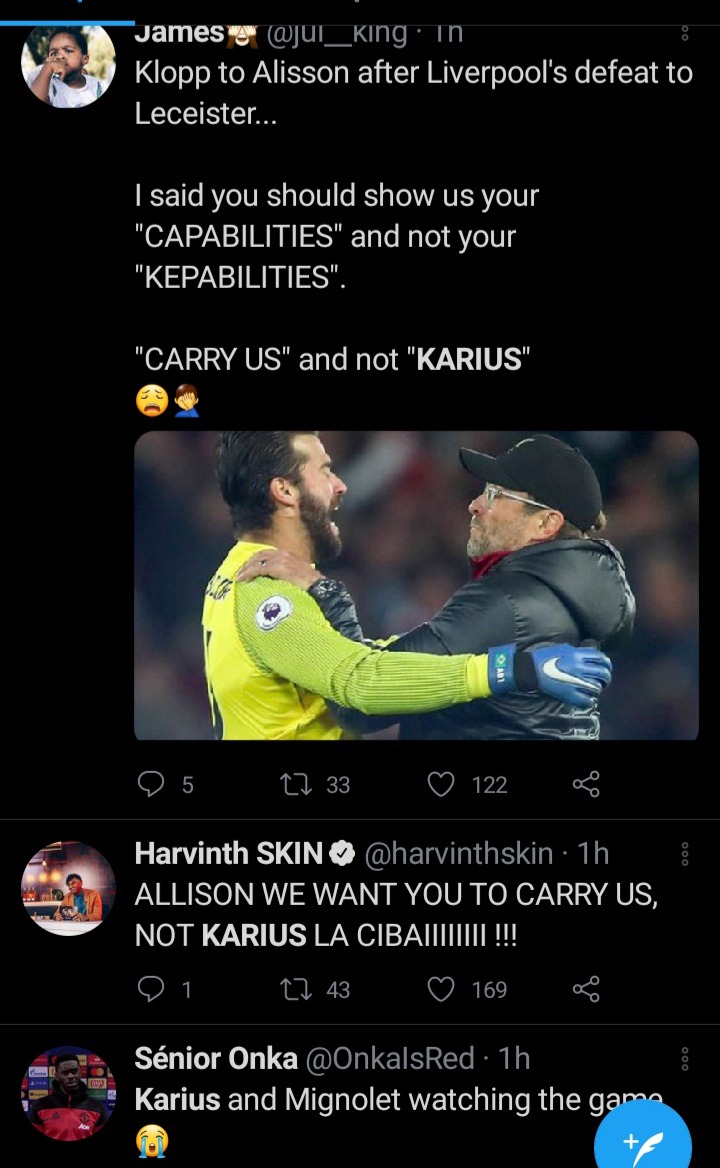 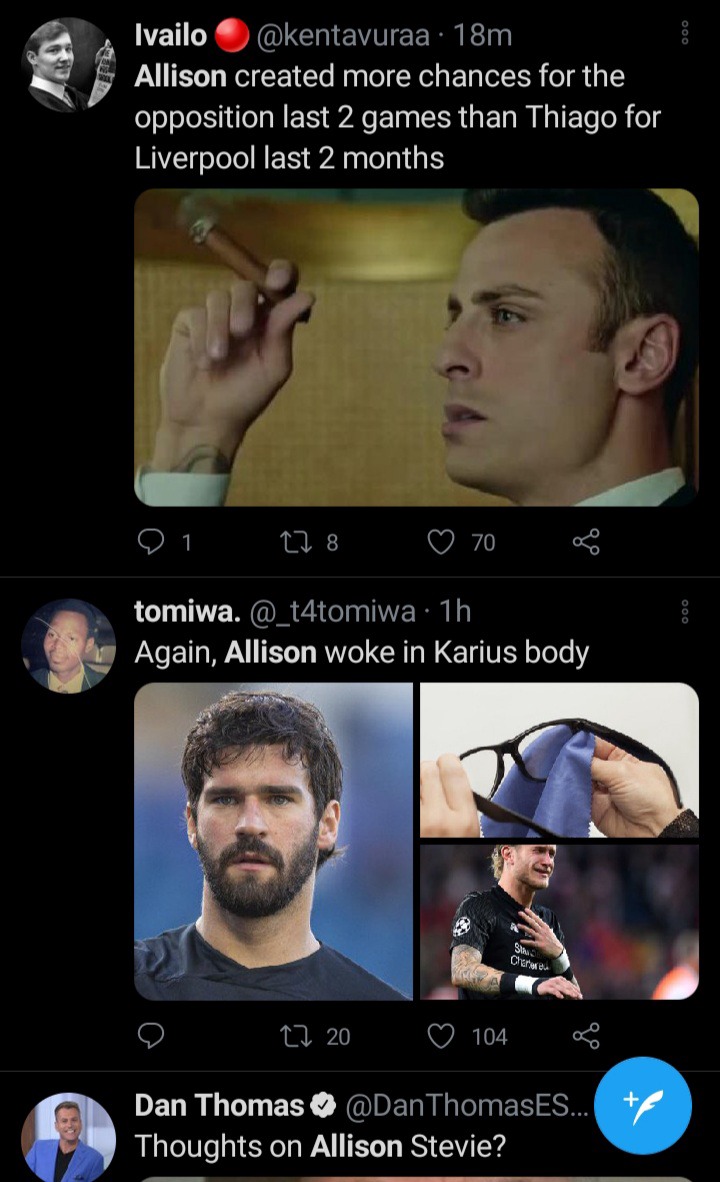 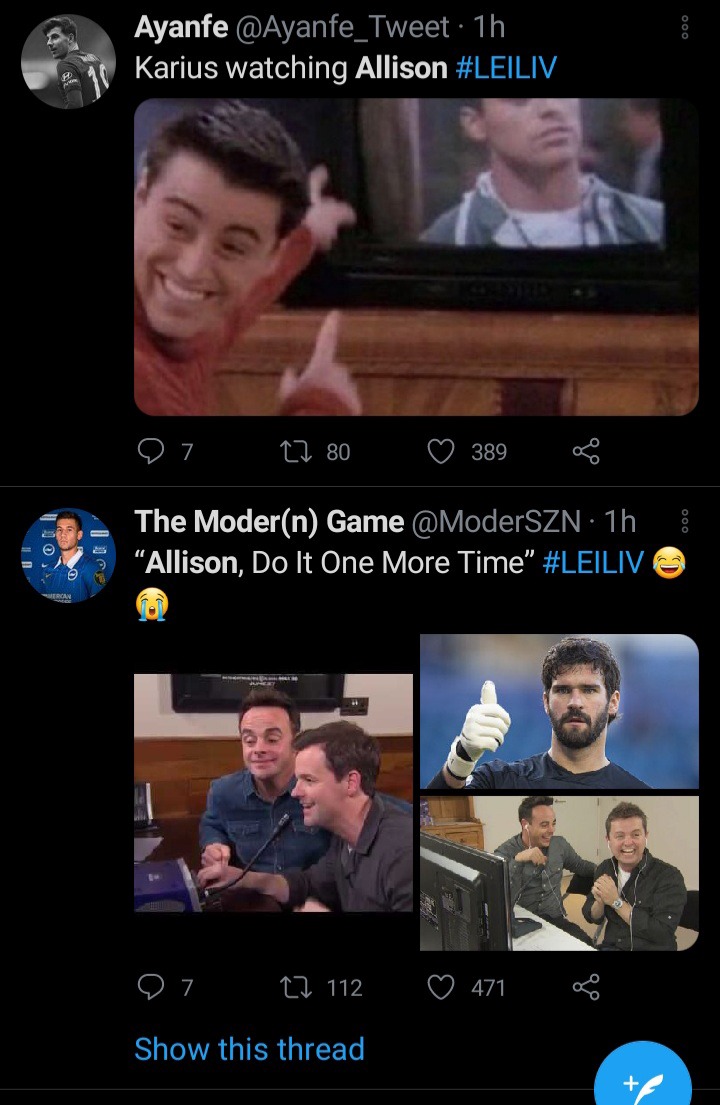 They made a lots of hilarious troll in conversation between Klopp and Alllison. Also Thiagk wa not left out on the share of the trolling as he was given some stats that are quite funny as well 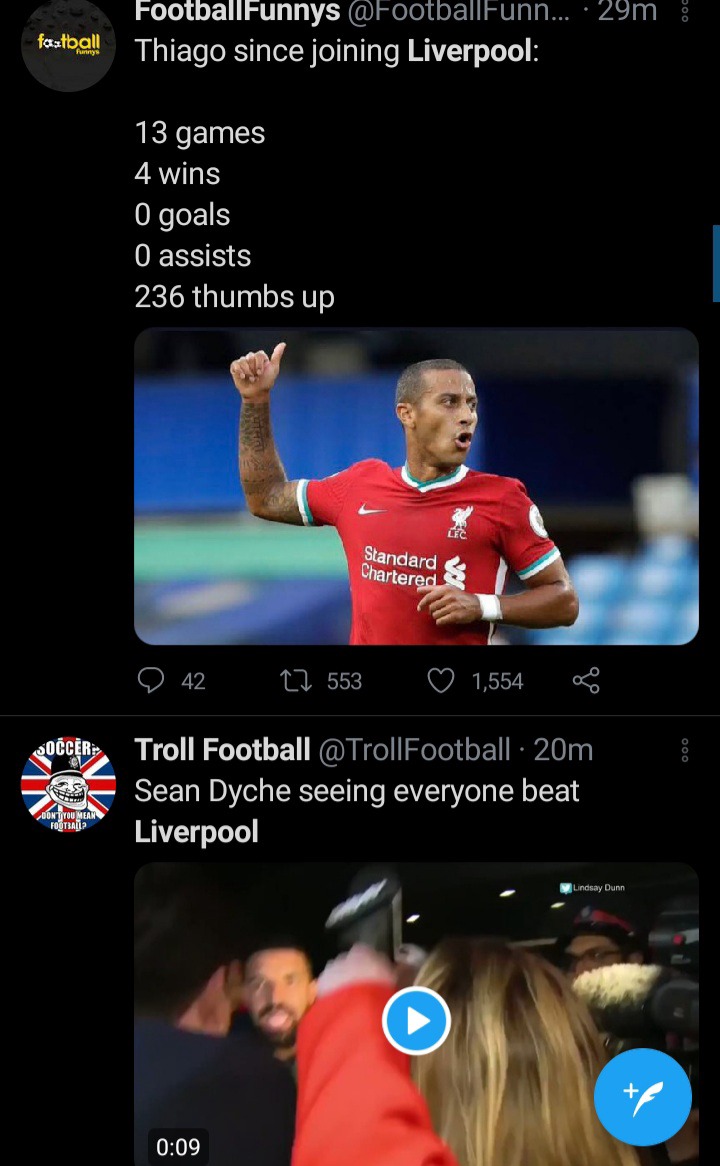 How the modern computer was invented