Mr. Kennedy Reveals What The Undertaker Used To Do If Someone Made A Mistake (Exclusive)

Former WWE Superstar Mr. Kennedy recently had a chat with Sportskeeda's own Chris Featherstone. Kennedy opened up on a variety of topics, and also shared his thoughts on The Undertaker and Kane. When asked about how the duo was behind the scenes, Kennedy had nothing but praise for The Brothers of Destruction.

They were the locker room leaders in WWE. Everybody respected them, but they never ruled with the iron fist. Kane is the most easy-going guy you'll ever meet, just super sweet. And Taker's pretty laid-back and easy too. He's one of those guys, somebody would do something in the locker room that was stupid. He would be the guy that would just go like, "Come here!", and sit down and talk to them, one on one, like a man... and just kinda, "What are you thinking? Why would you do that?" 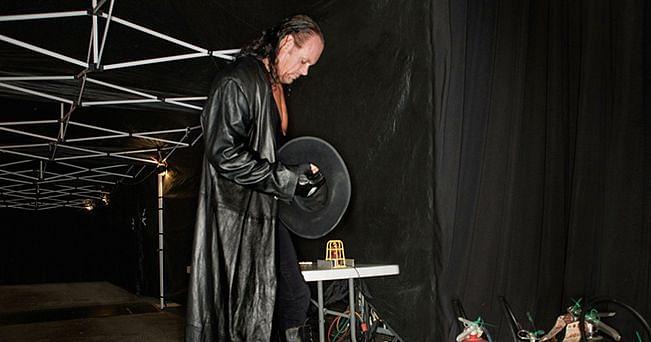 The Undertaker and Mr. Kennedy feuded for a while, back in 2006

Back in 2006, when Mr. Kennedy had become one of the fastest-rising stars on WWE SmackDown, he kicked off a feud with The Undertaker. They wrestled at Survivor Series 2006, in a First Blood match that Kennedy won due to interference from MVP. The feud came to an end at Armageddon, where The Undertaker exacted revenge on Kennedy and defeated him in a Last Ride match.

Kennedy was let go by WWE in 2009, after which he made a name for himself in IMPACT Wrestling. There, he became a two-time World Champion.

Chris Featherstone Kennedy Sportskeeda The Brothers of Destruction The Undertaker