By Oluwachidara (self meida writer) | 24 days 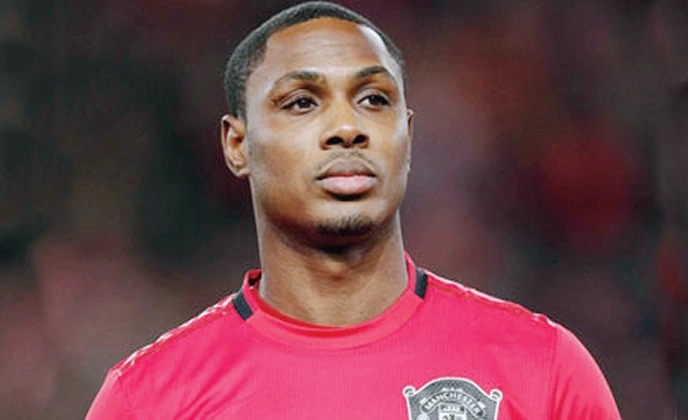 Ole Gunnar Solskjaer’s men came from behind to scrab a 3-1 win over Tottenham during the weekend, reducing the gap against City at the top to 11 points with seven games to play.

United could reduce the deficit to eight points if they win their game in hand this weekend, but Ighalo downplayed their title chances of winning it this season.

“It’s difficult as I can’t see Manchester City losing three games from six left before the end of this campaign. It’s going to be tough one, but I pray a miracle can happen and United can win the Premier Leagueeague.”

The 31-year-old striker also said his limited playing time at Old Trafford after he extended his loan contract was “unfair.” to him.

The Nigerian international join the Red Devils on a six-month loan deal from Chinese club, Shanghai Shenhua, in last year January. However, an extension was agreed for him to remain at Old Trafford until January this year.

“After his initial loan was agreed, I did not play much with the team, which was perhaps a bit unfair to me but as I said, I am always grateful for the opportunity to be part of United squad.

“When I joined Manchester United, I always knew I wouldn’t be playing much of a game because I was signing as a back-up striker for the club, so I knew playing time was going to be limited for me.

“I am just grateful to Ole Gunnar Solskjaer for the opportunity, the fans, my teammates, and everyone around the club for making me feel very much welcome and I thank God that I played for my dream team and scored goals at Old Trafford respectively.

Check out what Salah recounted about Chelsea, amid his transfer rumours.

Shortly After Sergio Aguero Apologized For Missing A Penalty, See How Fans Are Reacting

Chelsea Vs Man City: See Aguero's Apology After He Failed To Score A Paneka Penalty

Reactions As Gov. Ortom Says, "El-Rufai Is One Of Those Who Have Misled President Buhari"