Details on PAC's future with AEW

By Mohammedd (self media writer) | 1 year ago

One of AEW's biggest stars who has been absent in the pandemic era is PAC. The Superstar previously known as Neville in WWE had risen to become one of the top heels in the company.

PAC had been part of a team along with Fenix and Pentagon. While the two brothers have returned to AEW, PAC is nowhere to be seen. His absence has raised many questions about his future with AEW and if he will return to the company 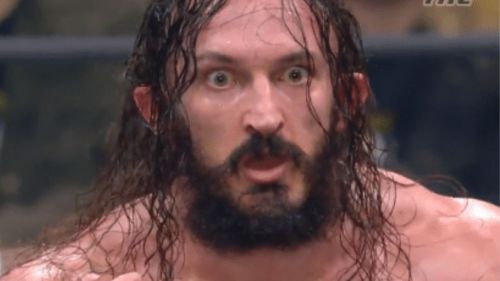 While speaking to New York Post, AEW head Tony Khan revealed that PAC is still very much a part of the company. The reason behind the former Cruiserweight Champion's absence has to do with the travel restrictions during the current pandemic going on.

Tony Khan said that frequent travel would be very difficult for PAC as he lives in England. Even if he was to come to the United States, he would have a problem going back as he would have to be quarantined for two weeks.

“I really miss PAC a lot. Right now the border is not a great situation. As I understand it, if he were to go back to England, if he were to come here and he was able to get in, do a quarantine after travel then he would also, when he tried to go home, he’d be in a two-week quarantine before he could do anything. So it just doesn’t seem like a sustainable situation right now because PAC lives in England, so until travel is sustainable and he could do what he used to do, which is come here and stay and do a few shows and then go back to England and really commute across the Atlantic, it’s very challenging right now. Until it becomes safe to travel back and forth for PAC to make those trips internationally, until the border is really ready, I don’t think we can rush him back even though we’d love to have him.” (H/T:  WrestleTalk )

AEW has done a good job of giving fans great shows every week even during the pandemic era. The company has been praised for its production value and being able to run a smooth and organized operation even in the current environment.

The fans have been eagerly waiting for PAC to return and we hope that 'The Bast*rd' returns to the company soon.

Content created and supplied by: Mohammedd (via Opera News )

Ladies, Here Is What You Must Avoid Doing To Your Private Organs Inorder To Prevent Infection

7 Symptoms That Can Indicate the Beginning of Diabetes