By Marco'sGists (self media writer) | 2 months ago 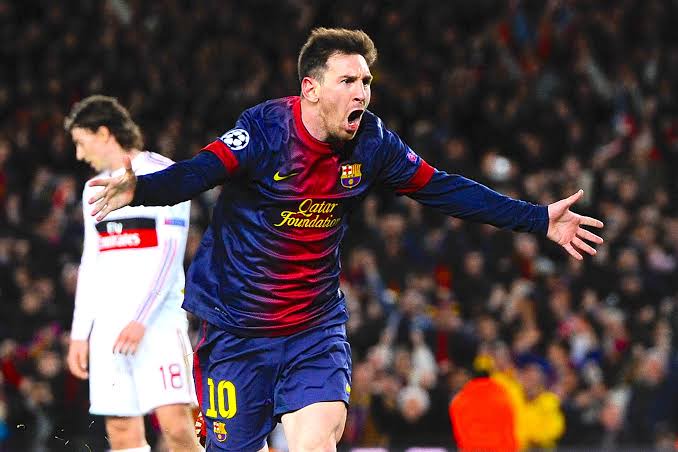 In 2013, the Blaugrana went head to head with AC Milan in the round of 16 stage.

The first leg didn't go as expected for Barcelona, after several attempts, they couldn't secure a single goal, and the match ended at 2:0, in favor of the Italian side.

Fans were disappointed and felt it was difficult for the Blaugrana to outturn this victory. But their performance in the second leg was shocking.

In just 5 mins, Messi took the ball to the back of the net for a first goal, and then another, just before halftime, putting the Aggregate at 2:2. 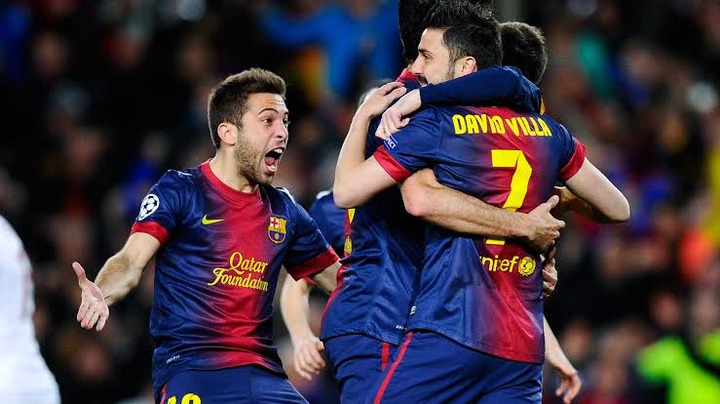 In the second half, David Villa found a third goal. As if it wasn't enough, at the last minutes of the game, Alba got a goal of his own, making it 4:0 and 4:2 on aggregate. 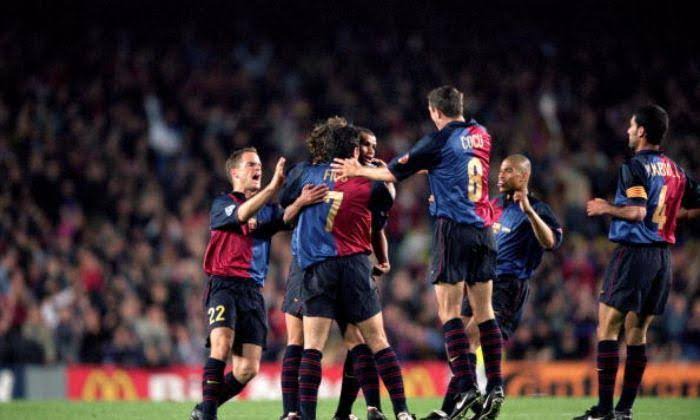 Another encounter occurred In the 1999/00 champions league Quarterfinal, the blues took the upper hand in the first leg at Stamford Bridge and won Barcelona 3 goals to nothing.

After this win, no one believed that Barca could still defeat Chelsea even after a second leg. 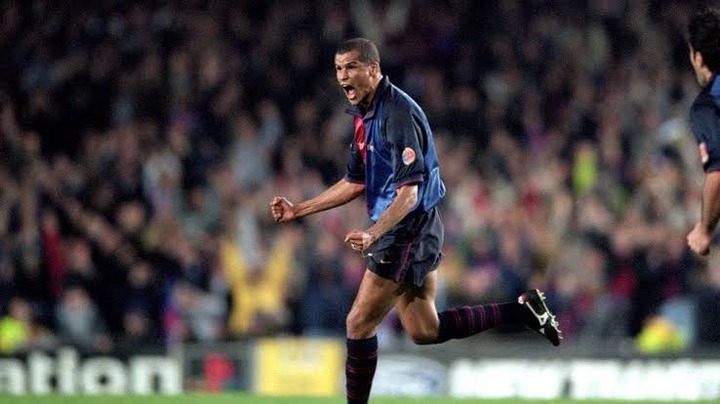 The Blaugrana scored the first goal just 10 minutes into the game, but Chelsea equalized. After so many attempts, they secured 2 more goals, before the halftime whistle, and 2 others in the second half, to put the aggregate at 5:4. 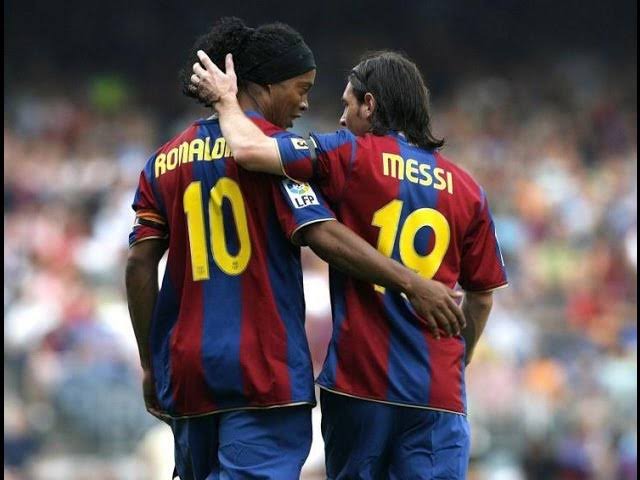 In 2007, the 2 Spanish clubs went head to head in a La Liga match, and it was one of the most chaotic matches in history.

Real Madrid took a 3:0 lead, after a wonderful brace from Ruud van Nistelrooy, and a header from Sergio Ramos. 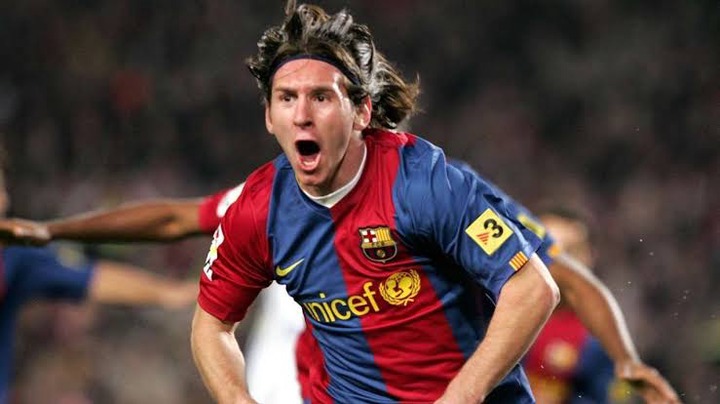 Fans lost hope, but Messi had a few tricks up his sleeves. After a beautiful assist from Ronaldinho in the second half, Messi scored the first goal and managed to take the ball to the back of the net 2 other times, to leave the final result 3:3. 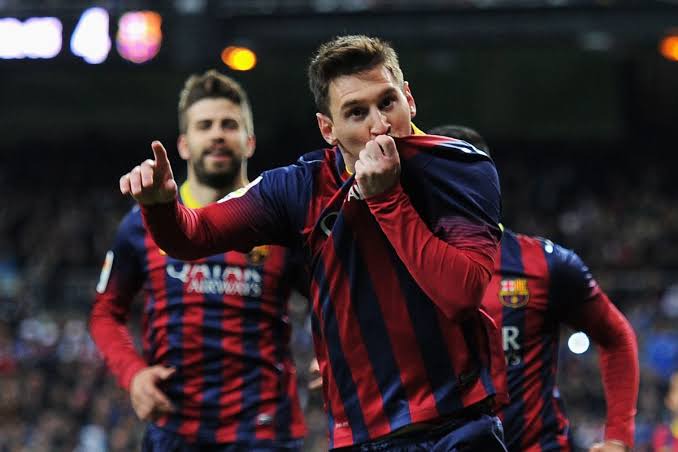 In 2014, these two teams collided at Camp Nou, this time, Benzema scored a brace for Real Madrid just at the beginning of the game.

Messi in turn to take the ball into the back of the visitor's, just before the halftime whistle. Ronaldo scored another for Real Madrid in the second half, to put the score at 3:1. 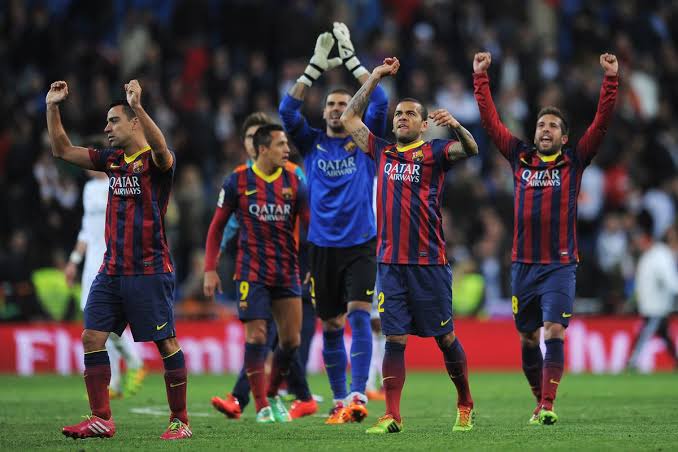 But The Blaugranas managed to outturn the victory right before the final whistle, thanks to Messi, who completed his hat trick with 2 other goals, and the late penalty goal from Iniesta. In 2017, Barca went head to head with Paris Saint Germain at a Champions League Round of 16 match, and it was the best Barca come back ever.

The first leg was terrible for the Blaugranas, they lost 4 goals to nothing, and no one believed they could outturn this victory.

But Barca proved they were the bigger. One of the best attacking trio in football history; Messi, Neymar, and Suarez, came in with so much rage. 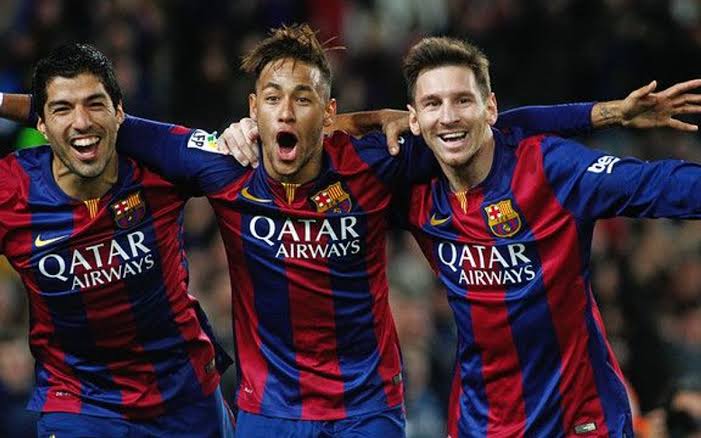 After so many attempts, they finished the first half with 2 brilliant goals, but the match was far from over.

Just 5 minutes into the second half, Messi scored a goal from the Penalty spot to put the score at 3:0. They were on their way to defeating PSG, but Cavani didn't like the idea.

In the 62nd minute, the striker hit the ball into the net of the Blaugranas, to make it 3:1. 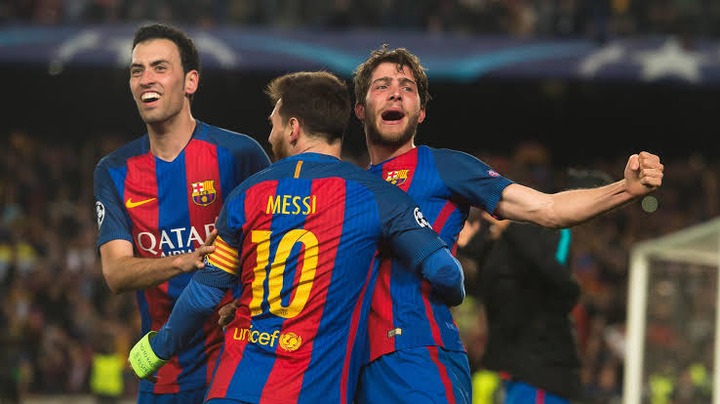 Time was going fast, and Barca needed 3 more goals to outclass the French side. But something unimaginable happened, between the 88th Minute, and 90+5, they scored three wonderful goals, thanks to Neymar who scored a brace, and Messi, who scored the finisher.