By Ultimate_Gist (self meida writer) | 23 days

The much controversial Super League has been officially announced despite opposition and outrage from football governing bodies, FIFA, UEFA, English FA and other domestic European league bodies

Earlier, English Premier League FA and UEFA jointly released statement condemning the proposed creation of Super League by some elite clubs, tagging the project as cynical and detrimental to the overall good of the much loved football game. Equally, millions of football fans were rattled by the news and took to their social media accounts to vent their displeasure

In a statement released by Florentino Perez, chairman of the newly founded elite competition, twelve of Europe’s leading football clubs have come together to announce they have agreed to establish a new mid-week competition, the Super League, governed by its Founding Clubs.

The 12 teams that have joined the Super League include: 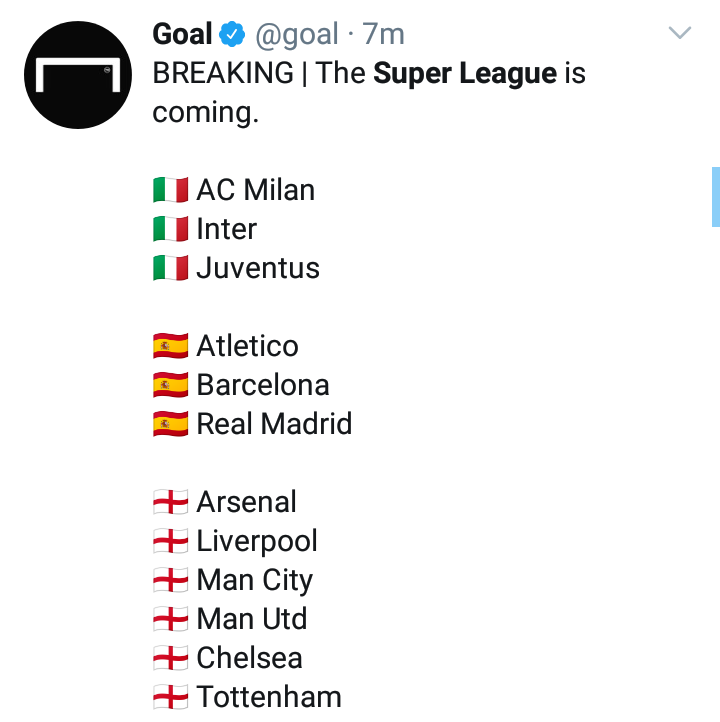 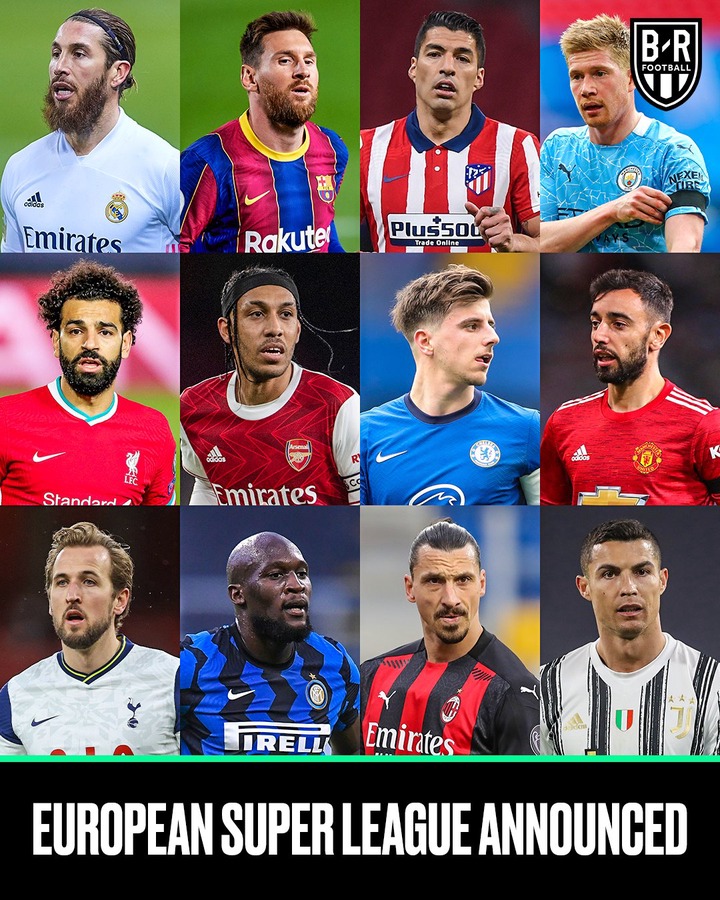 Florentino Perez who is also the President of Spanish football giant, Real Madrid, further stated in the statement that additional 3 clubs are anticipated to join ahead of the inaugural season, which is intended to commence as soon as practicable. 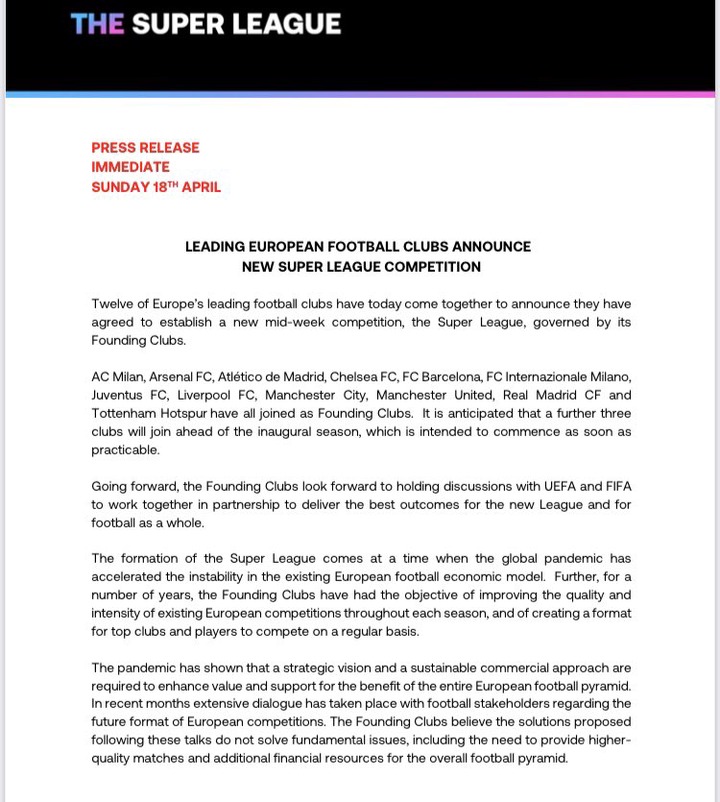 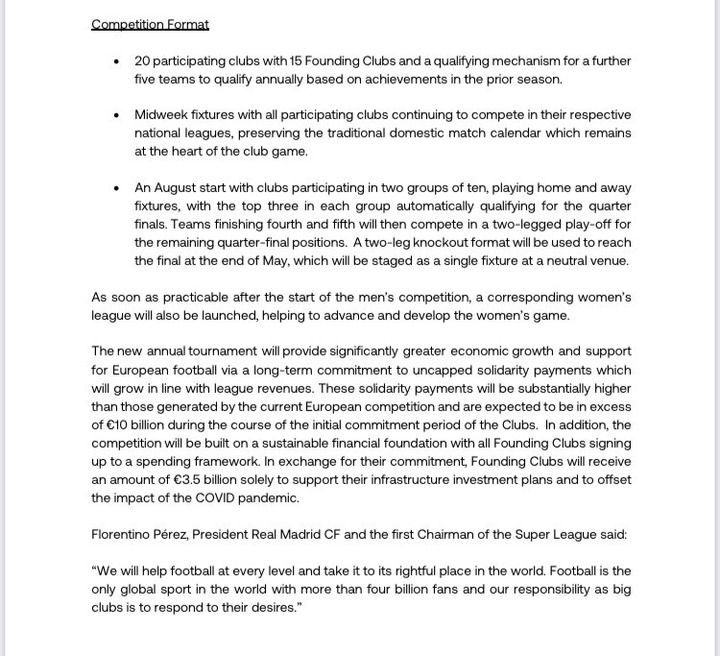 The fears earlier raised that the formation of the Super League would mean that top clubs will no longer play in their local leagues have been quashed as the statement has revealed that the competition will only play on midweek and thereby preserving the traditional domestic match calendar.

What do you think about the Super League formation?

Another Real Madrid Star Is Ruled Out Of The Season

Despite Arsenal's woes, Tuchel plans not to show mercy

Thomas Tuchel sends message to Chelsea board ahead of transfer window