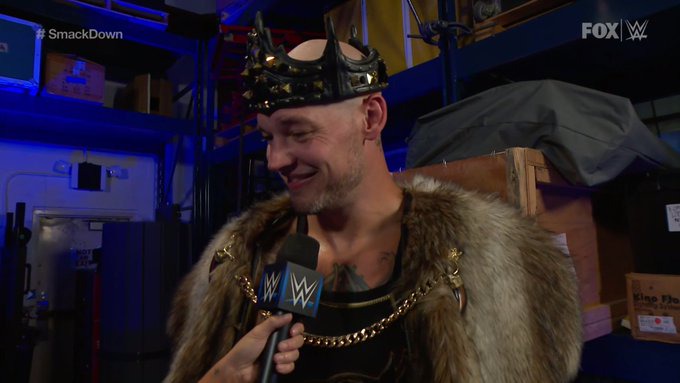 Jeff Hardy def. King Corbin via pinfall: Corbin mocked The Undertaker mid-match, kneeling and striking Taker's familair pose. That brought the face locker room out to surround the ring and cheer on Hardy. Corbin established firm control of the match for a lengthy stretch after the locker room emptied, but Hardy eventually made the expected short comeback before the action went outside and Corbin rammed himself into the ring steps. That set Corbin up for the finish with Hardy hitting a Swanton Bomb for the pinfall victory. Corbin attacked Hardy after the match, then took out Kofi Kingston when he tried to make the save, but Big E took Corbin out with a Big Ending. Strowman then entered the ring and hit Corbin with a powerslam. Hardy then called Riddle into the ring to hit a Floating Bro before the show went off the air with the locker room again chanting, "Thank you, Taker." This was a decent, though far from spectacular, main event as Corbin has become the go-to heel for situations like this and Hardy is on a bit of a run now 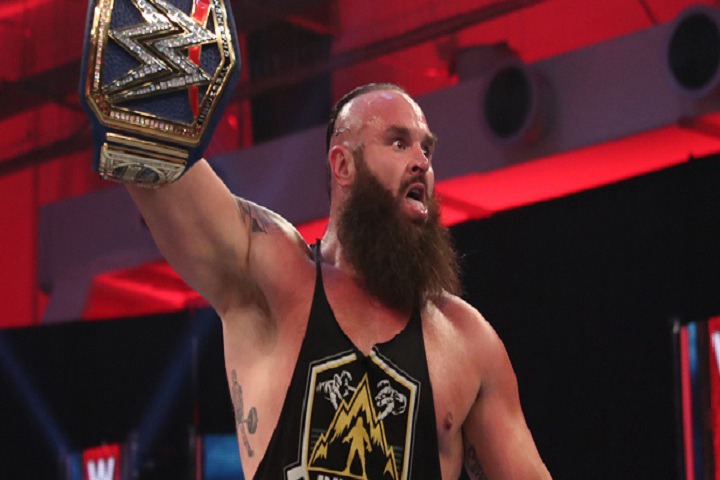 Braun Strowman challenged Bray Wyatt to return to the swamp: Strowman talked about the first time he met Wyatt, saying that it was the first time in his life he had ever felt true fear. Strowman said they were sitting on the edge of the swamp and a snake crawled toward Wyatt's lantern, but before he could kill it, Wyatt said no. Wyatt got face-to-face with the snake and was bitten on the face multiple times as Wyatt laughed. Strowman said Wyatt is "the devil himself" and he spent time doing "the devil's work" and that he loved every second of it. Strowman then suggested they go back to the swamp. Strowman said he'd break Wyatt's body apart before dragging him into the swamp to let the aligators finish him off. As Wyatt's laughter echoed through the building, Strowman laughed along. Better than normal promo work from Strowman and the prospect of another cinematic match involving Wyatt. 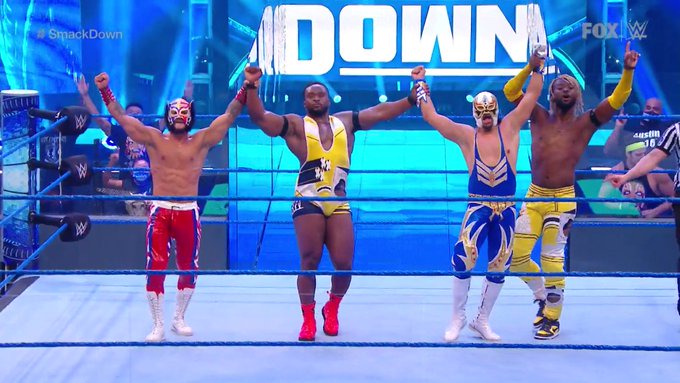 The New Day & Lucha House Party def. The Miz, John Morrison, Cesaro & Shinsuke Nakamura via pinfall: After Cesaro and Nakamura got a pin on New Day weeks ago, they were looking to make a point with a second victory in tag action. The heels cut off Kingston in the corner. Kingston remained isolated for a good part of the match, battling to make the hot tag but getting cut off repeatedly. A Kingston leaping double stomp on Nakamura allowed him to make the tag to Metalik, who came in and took out Morrison, Miz and Cesaro. Dorado was tagged in and hit a top rope Shooting Star Press on Morrison for a near fall before a brawl broke out between New Day and Cesaro & Nakamura. The two teams brawled to the back, leaving Miz and Morrison against Lucha House Party. Dorado took out Morrison with a rana from the top rope to the outside and Metalik hit Miz with a rope-walk elbow drop for the win. This was a very fun tag match with some really fun stretches including Cesaro and Dorado showing some fun chemistry. 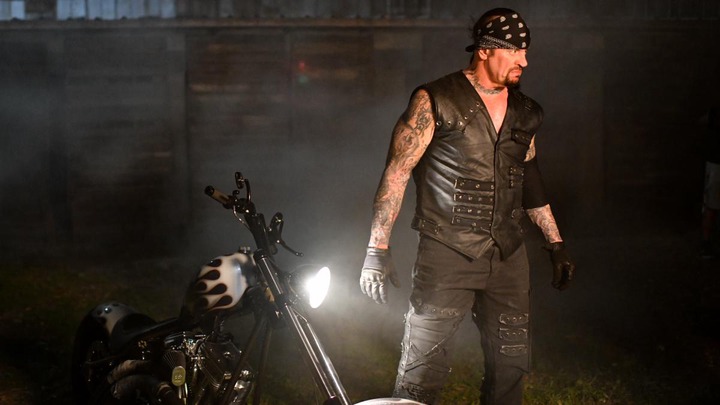 The Undertaker's triumphant return to action in a Boneyard Match with AJ Styles at WrestleMania 36 and "The Last Ride" documentary on the WWE Network led to a resurgence of interest in the career of "The Deadman."