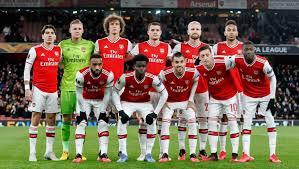 Undoubtedly, the influence and tactics of the coach, Mikel Arteta cannot be overemphasized, but the impact of each player on the field of play cannot be underestimated. The two major lessons learned from Saturday's game between Arsenal FC and Manchester City are:

Firstly, the confidence that Arsenal FC defeated Liverpool FC on Wednesday worked for the team on Saturday. The players played as a team, not an individual ball, and each player was confident with the ball. Playing with confidence helped Arsenal FC in the game.

Secondly, the inability of Mahrez and Raheem Sterling to operate at the wings affected Manchester City. Tierney and Niles curbed the two players. To defeat Manchester City, the coach of the opponent club should work on the two sides of his team from the back. In contrast, Mikel Arteta, Arsenal coach, also worked on his defensive line, ensuring that the players at the defense line played with cohesion and doggedness. David Luiz was extraordinary, which earned him 'Man of the match.'