By Doncally2kk (self media writer) | 9 months ago 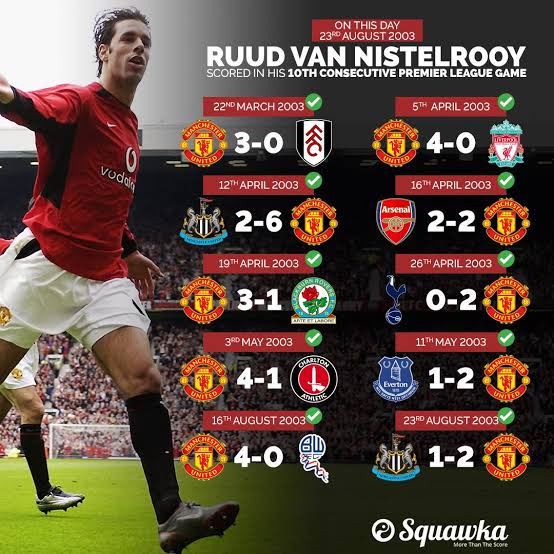 Ruud Van Nisterlooy will not be forgotten easily after creating history for Manchester United, he is best known for his clinical Finishing and also he very good with his head. As far premier league is concern no one is as good as Him infront of goal, During the run of his 10th premier league goals.

His legacy will Always prevail, Which other player Apart from him has managed this Feat