Man United will lock horns with Everton this weekend with the excitement of the UCL victory over Villarreal. The Red Devils will be hoping to get the maximum points after a disappointing loss to Aston Villa last week. However, United are yet to discover their top form that will overcome opponents with ease. 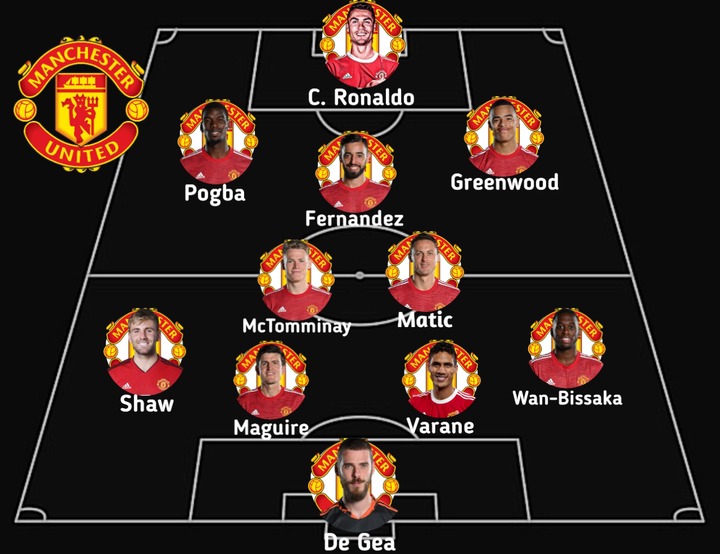 Man United boss Ole Gunnar Solskjaer has been bitterly criticised by fans for wrong decisions in making substitutions and also starting selection. His 4-2-3-1 formation since last season has also remained unchanged. The United boss should better consider switching into another formation that will see his side perform better than before.

Man United has the squad depth and player quality capable of winning crucial matches and deliver a trophy at the end of a season, but the Red Devils have failed to do so under the coaching of Ole Gunnar Solskjaer. The return of five-time Ballon d'Or winner Cristiano Ronaldo to Old Trafford has been saving United and Ole from many damages this season. Man United without Cristiano would have been so worse than ever. But I believe they deserve to be better than where they are, how they play, and the results they get recently.

In my little analysis, I present to you a design of 4-1-4-1 formation that if Man United could use, I believe things will be better for them. The major problem with many teams is that they use players more frequently in another position different from their major position. An example of this is using Paul Pogba as a LW. Pogba's main position is CM, he could also play as DM, but Ole has often used him as LW in recent matches. In this lineup, he plays as CM alongside Bruno, while Matic who's primary position is DM will play this role. The two fullbacks could easily come in the DM position to strengthen the intensity of the game and easily fall back when the need arises. 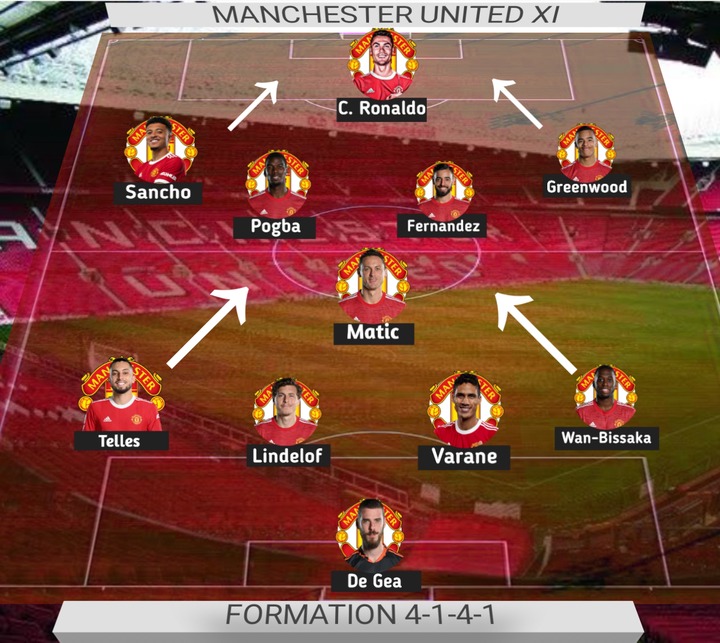 In the front lines, there would be deadlier attacks through the LW and RW. Bruno has been the only attacking midfielder (AM) in Ole's lineup but in this one, Pogba has joined him, and both of them could play as CM. They will both play as AM and CM as they will be supplying passes to Ronaldo. 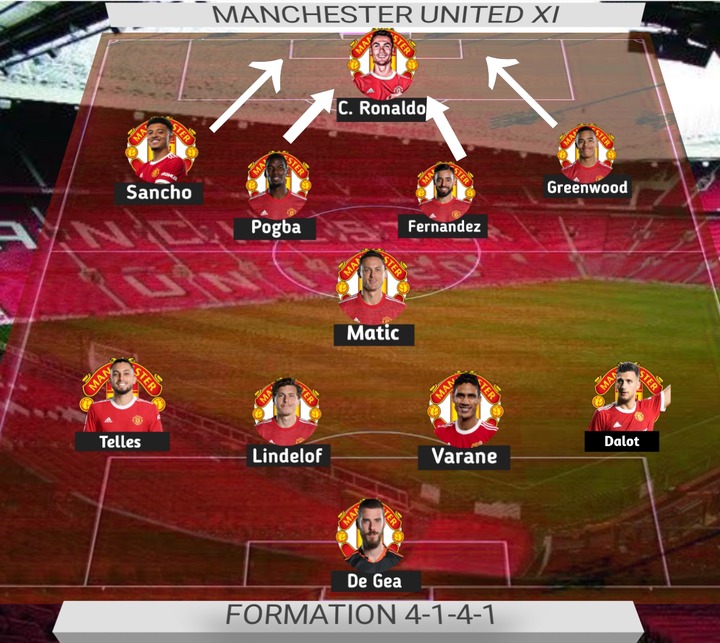 With this formation, the return of the injured players will further bolster the team's performance. Players like Marcus Rashford on the LW, Shaw and Maguire will make the team stronger. Jesse Lingard who can play as LW or RW apart from his main AM could come in for Sancho, Greenwood, or Fernandez.