By nebuloustech (self media writer) | 9 months ago 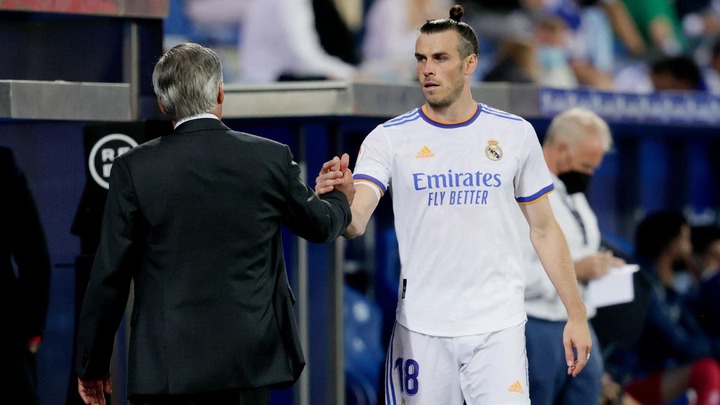 Gareth Bale looks to have found his smile and brushed off his recent troubles by Carlo Ancelotti, having been given a way back from the cold.

After being frozen out by Zinedine Zidane, Ancelotti's predecessor, he spent last season on loan at Tottenham but returned with positive spirits to the club.

The player dazzled in Madrid's opening LaLiga match against Alaves over the weekend.

Bale is believed to have 'transformed' from hardly being able to play for a minute under Zidane to looking forward to the upcoming season with his first-team place restored.

The change in management, which saw Ancelotti return to the Bernabeu, appears to have done Bale the world of good, and he is expected to play a significant part this season.

Indeed, in Madrid's recent 4-1 triumph, Bale shone upfront and was reinvigorated in a trident with Eden Hazard and Karim Benzema.

He assisted the first goal, picking up a long pass for Lucas Vasquez, who crossed in towards Hazard. The final touch was provided by Benzema.

Ancelotti stated after the game that, while Bale still has work to do to get back to top form, he was impressed by his commitment.

'The team worked extremely hard in pre-season, every single player put in a shift,' Ancelotti said to reporters.

'Bale has also been fully committed, and I believe he will develop since he is still not fully fit.'