The Red devils look to be pinned by the fifth commandment

By Kunjhay (self media writer) | 2 years ago 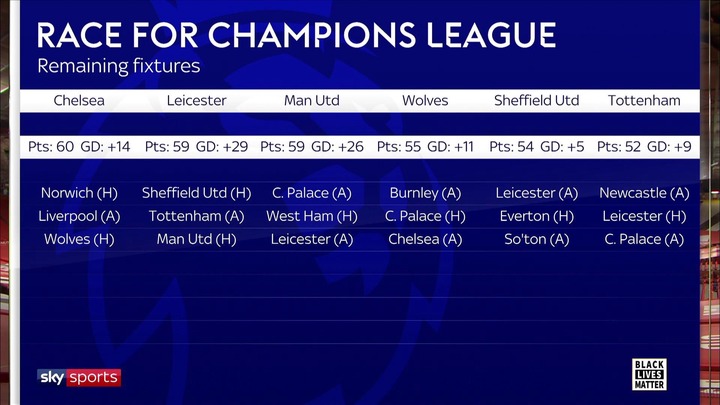 Following the recent two all draw at the theatre of dreams, Manchester United stayed at the third position for a time frame of 75 minutes only to return to the fifth position by a late goal from Southampton's Micheal Obafemi.

Speaking after the match, the Manager; Ole Gunnar Solskjaer said "I don't think tiredness is the case. It was just one of those days we did not take our chances and they took theirs. David de Gea had one really good save but apart from that we had the bigger chances but you are not going to be given three points." #mulive [sky].

The captain of the squad; Harry maguire also mentioned that "We're disappointed. We got control of the game. We had numerous chances to kill the game off." #mulive [sky]

Maguire: "Very disappointed. We got ourselves in a great position to win the game but then invited pressure on ourselves by not being very good on the ball. We knew we would have to grind the results out sometimes." #mulive [bbc]

In the wake of all this, The man of the match; Anthony Martial happened to be the 10th player to reach the 50 goals tally at Manchester United. Although he missed a lot of great chances that could have killed the game off but apparently he was the best player on the pitch.

The race for a spot in next season European football will go on till the last day with Chelsea , Leicester, Wolves and Sheffield United also battling to keep themselves in the race with 3 matches to spare.

It is said that you have to move out of your comfort zone to achieve success but Manchester United currently looks too comfortable in their comfort zone.

Are they going to break the fifth commandment?; A decision to be decided in what will be a thrilling July encounter.

Content created and supplied by: Kunjhay (via Opera News )