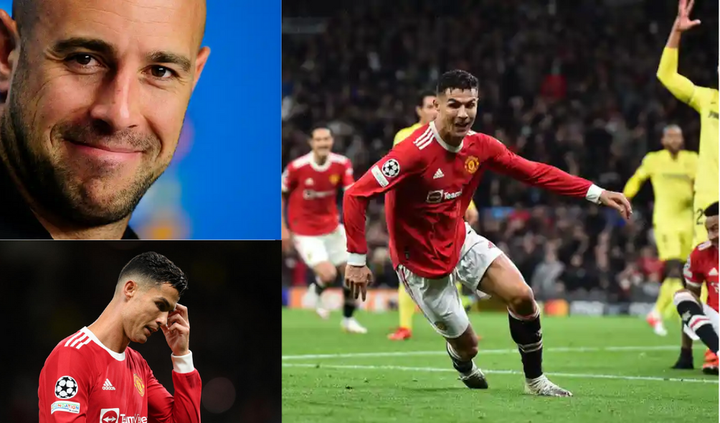 After falling behind 1-0 after 53 minutes, Alex Telles equalized for Manchester United, and Cristiano Ronaldo clinched the victory in stoppage time.

However, there was some controversy, as many people, including former Red Pepe Reina, believed the victory should have been dismissed for offside.

Jesse Lingard was in an offside position, according to the argument, and was blocking the goalkeeper's view.

“Offside all day long...” Reina tweeted after the final whistle in support of his former club.

He added, in response to a supporter who insisted it wasn't offside, "Enabled by who?" It's impossible to score in the goalkeeper's line.”

The 39-year-old spent three seasons with Real Madrid before joining Liverpool in 2005.

Despite the win, United is still in third place in Group F, behind Atalanta and Young Boys.

Liverpool are the only English club to top their Champions League group after Chelsea and Manchester City were both defeated by Paris Saint-Germain on Tuesday night.

Nonetheless, United manager Ole Gunnar Solskjaer will be pleased with the outcome after his squad suffered their first Premier League defeat over the weekend against Aston Villa.