By Opeyeminews (self media writer) | 13 days ago The Spanish football governing body popularly known as Laliga has reacted after Super Eagles star Sadiq Umar scored a goal in Almeria's 2-1 away victory over Girona football club on Monday night, to move to the top scoring chart in Spanish Laliga SmartBank League. 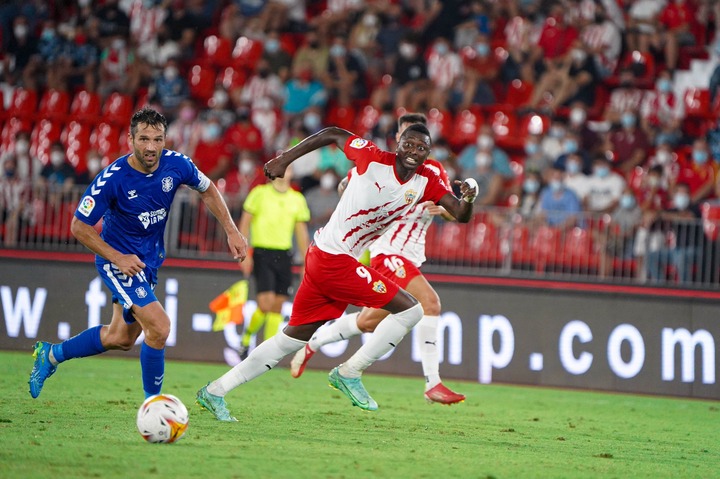 The former Glasgow Rangers football club star has been exceptional for Almeria FC since the beginning of the season, and he has been scoring goals for fun for the club in the League.

The Nigerian international was given another starting role by his coach against Girona FC on Monday night, and he was able to impress in the game, as he contributed to his team's two goals. With Sadiq Umar's goal, it means he is currently the highest goal scorer in Spanish Laliga SmartBank League with 6 goals and two assists from 8 matches played. Reacting after Sadiq Umar netted a goal to move to the top scoring chart in Spanish Laliga SmartBank, Laliga posted on their verified Twitter handle that;

"Sadiq Umar ranks as the top solo scorer in LaLiga SmartBank with 6 goals in 8 matches." 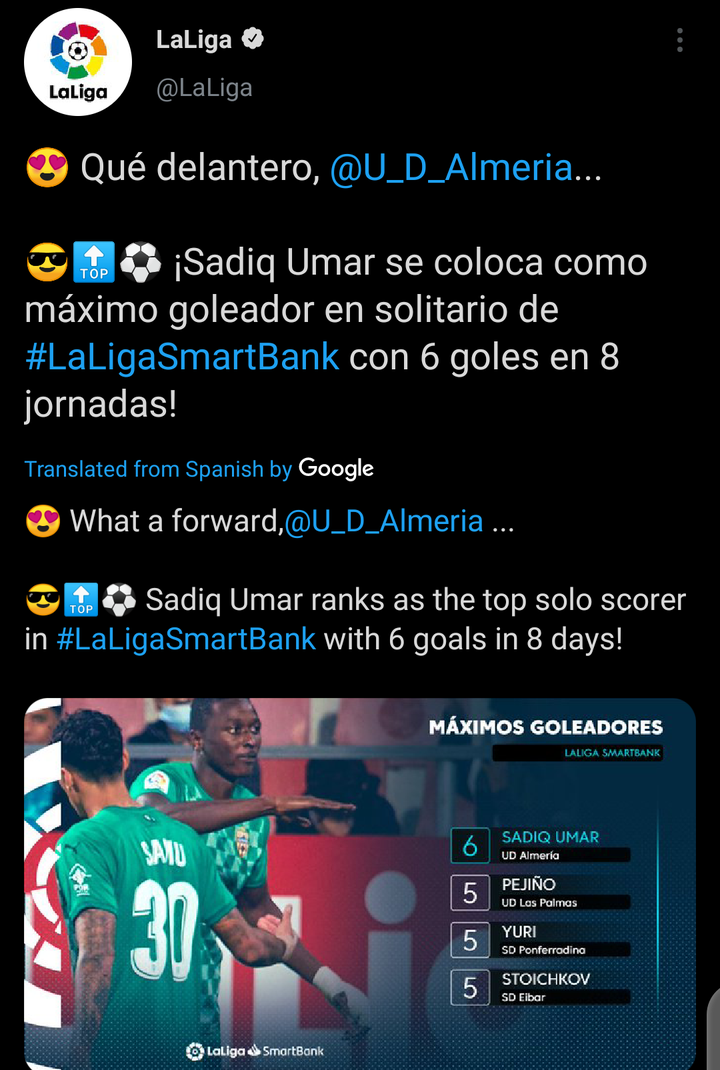 The victory over Girona FC has now taken Almeria football club to the top spot of the Spanish Laliga SmartBank League table with 18 points from 8 matches played.