Regular followers of what happens behind the scenes in WWE will no doubt have seen a list of banned words and phrases that Vince McMahon has forbidden his Superstars from saying on television.

In addition to that, the men and women that we see every week on WWE programming are sometimes given very precise instructions on what they should do or say in particular matches and segments.

On rare occasions, these rules have been broken by Superstars – sometimes on purpose, sometimes accidentally – and the people involved have risked being confronted by Vince McMahon when they make their way to the backstage area.

In this article, let’s take a look at what happened next to five WWE Superstars after they defied Vince McMahon.

After tearing his ACL in August 2017, Big Cass returned to WWE television in April 2018 and Vince McMahon decided to book him in a feud with Daniel Bryan on SmackDown. 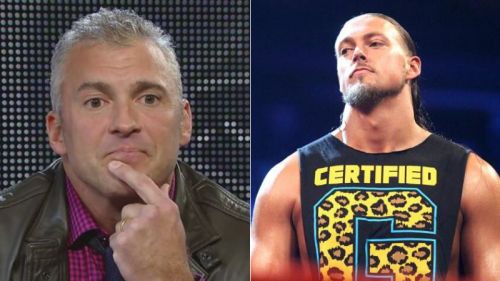 Much of the rivalry revolved around Cass making fun of his opponent’s height, so Vince McMahon approved a segment which saw the 7-footer get involved in a physical altercation with a little person who resembled Bryan.

Cass was only supposed to give the impersonator a big boot in a segment that Vince McMahon thought would get him “uber heat”. However, after noticing some fans laughing instead of booing, he followed up with a barrage of punches.

was specifically designed to get me uber, uber heat. Then I was panicking because I was like, ‘This is not the reaction they want.’ So then I did what I thought was right.”

How did Vince McMahon react?

Big Cass recalled on Chris Jericho’s Talk Is Jericho podcast that it turned out to be “a very bad night” for him after he walked back through the curtain.

Asked if Vince McMahon was unhappy, Cass made it clear that his boss did not appreciate him going off-script.

“That is the understatement of the century. Furious… he was furious. That was the first straw, rightfully so. That was such a bad decision. So stupid.”