Read What Messi Said On Instagram, After Argentina Won The Copa America 2021 Final In Brazil

By Pensive (self media writer) | 1 year ago

Messi has exacted his revenge after several failed attempts. Argentina defeated Brazil in the Maracana in a match in which he put his pain tolerance to the test. The Argentine No. 10 has accomplished what Maradona could not: he has won the Copa America. 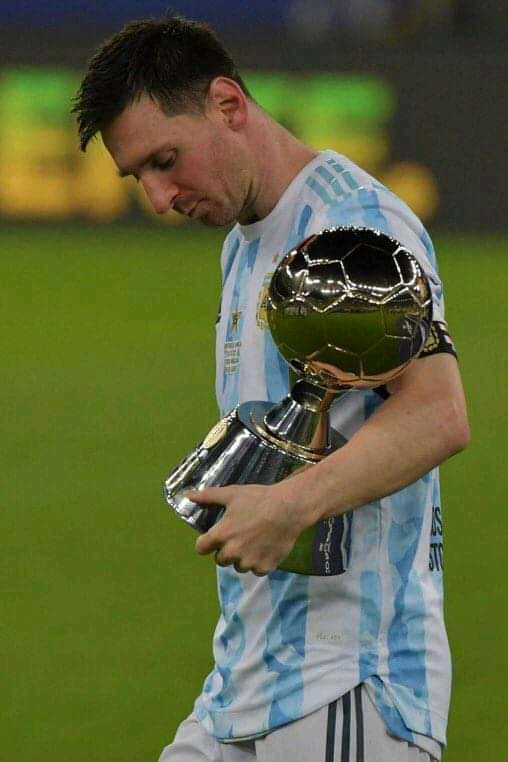 Angel Di Maria's goal put an end to Brazil's unbeaten streak, which had lasted since November 2019. The Canarinha, a tournament powerhouse, were thwarted by an Argentina defense that stood firm for most part of the game.

With a team in transition, Argentina won their 15th Copa America. Coach Lionel Scaloni brought in youth to rebuild a team that was humiliated in the 2018 World Cup in Russia. Messi, 34, took over as the leader of the pack. He scored four goals and guided the squad to its best performance during the continental tournament. After the end of the match against Brazil, everyone shouldered him and lifted him into the air. It's no surprise. After losing a World Cup final in 2014 and three Copa America finals to Brazil (2007) and Chile (2015 and 2016).The Rosarino earned his first senior national team trophy 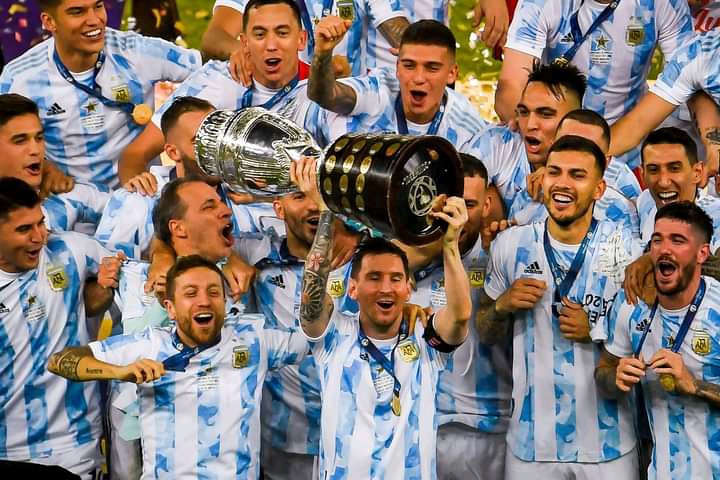 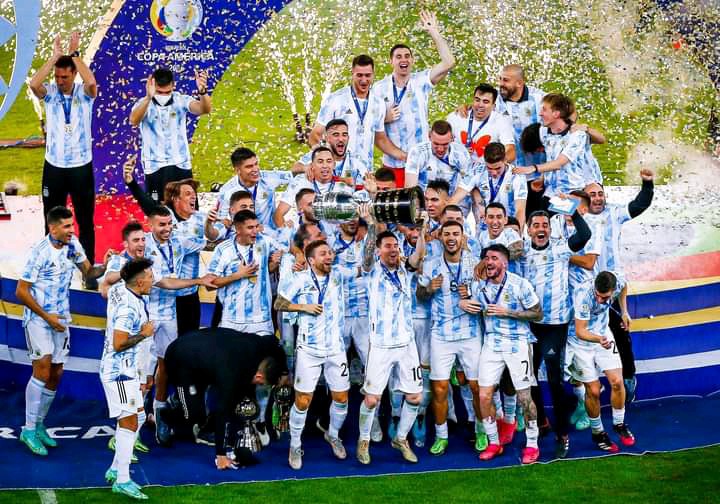 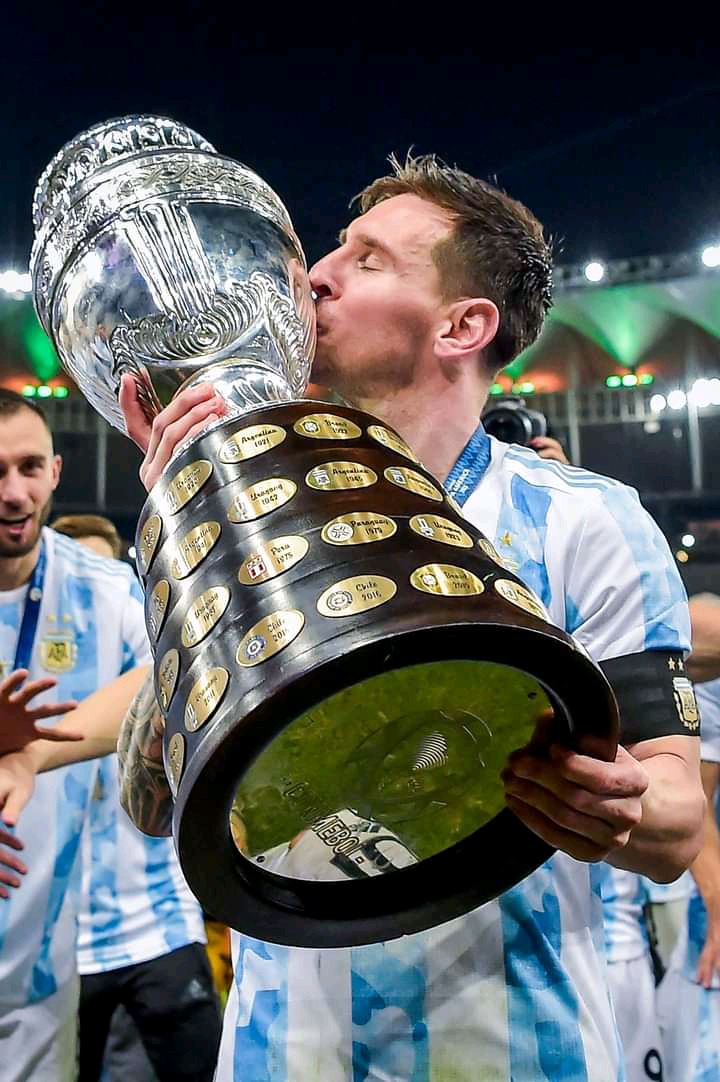 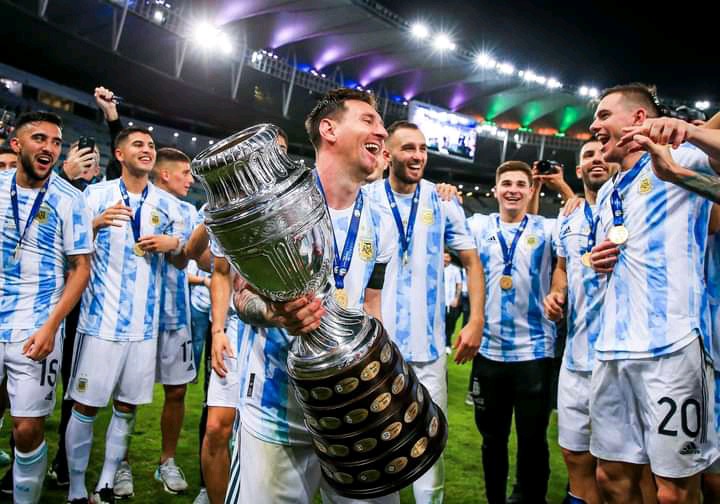 Brazil tried to the bitter end. Without the captain's armband, Neymar led his teammates to attack any space or crack left by the Albiceleste. Richarlison who stared the game due to Gabriel Jesus suspension, tried his best but couldn't get past Emi Martinez in goal.

Argentina's Gonzalo Montiel summed up Argentina's resistance: full of blood, but firm. Messi even had a chance to make it 2-0, but his legs no longer responded.

Argentina held on as Brazil pressed.

Messi, finally won a trophy dressed in his country's jersey.

Reacting in a series of post on his Instagram page, the excited star who couldn't hold back his joy said it was a beautiful madness for his to finally win the Copa America, After 28 years.

The Argentine wrote in his native language, which translates to read " What a beautiful madness, This is amazing, thank God" he said. In another photo he shared with first team coach Lionel Scolari he wrote " Congrats beast, More than deserved!! You are crack" he wrote alone with several emojis.

In another he shared with teammates he wrote: " Old guards".

With this win Messi has been touted to win the balloon d'or, ahead of earlier favourite Nngolo Kante of Chelsea.

Should Messi Win the balloon d'or? Using these yardstick as a means of rating.

Most goals, most assists in La Liga

Most goals, most assists in Copa America

Content created and supplied by: Pensive (via Opera News )