By Rapmike (self media writer) | 5 months ago 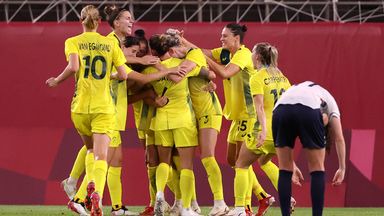 The Great Britain female team we're knocked out after losing 4-3 in a tantalizing match against Australia.

The British women hit the woodwork three times before Australia took the lead by through Allana Kennedy.

Elle White then scored two goals to move the British women ahead but they were pegged back by Sam Kerr on the 89th minute after some poor defending, forcing extra time.

Great Britain had the chance to lead from the spot but Caroline Weir had her penalty saved before Australia went immediately to the other end to score, substitute Mary Fowler converting for the Aussies.

Sam Kerr then scored to make it 4-2 before Elle White scored her third goal which was not enough to see the British women qualify.

In another match, Brazil were knocked out of the Olympics after playing a dour 0-0 match against Canada in normal time and extra time before losing 4-3 on penalties.

Sweden went past host Japan 3-1 while the USA went past the Netherlands after playing an entertaining 2-2 draw on regulation time. 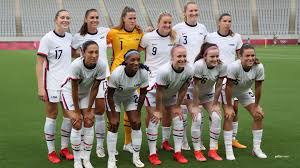 The Dutch took the lead by Vivianne Miedema in the 18th minute before the USA scored twice through Samantha Mewis and Lynn Williams to lead at the break.

Miedema scored in the second half and with the game getting to the end of 90 minutes, the Netherlands had a penalty.

However, Alyssa Naeher saved the penalty, sending the game to extra time and eventually penalties, which the USA won.

Sweden will face Australia in the semifinals while the USA face neighbors Canada.

Content created and supplied by: Rapmike (via Opera News )