By Niceguy17 (self media writer) | 7 months ago

Chelsea are said to be in early talks with Real Madrid to re-sign Eden Hazard, who has been linked with a move away from the Spanish club due to his problems. 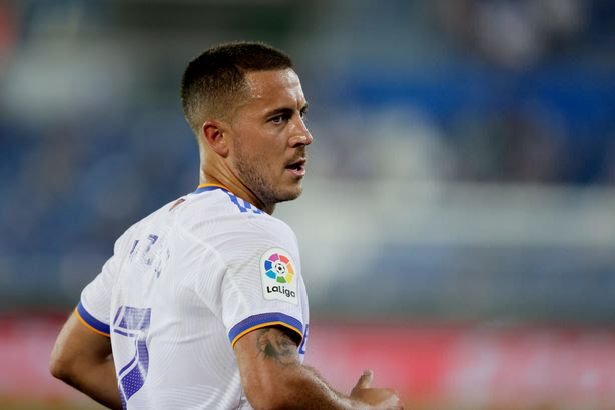 Eden Hazard's return to Chelsea remains a persistent rumor, despite his continued problems at Real Madrid.

Since joining Carlo Ancelotti's side at the Bernabeu, the Belgian winger has missed more games (57) than he has featured in (51) due to injury.

Hazard's struggle to match his Chelsea form has fueled suspicion that his time in Spain may be cut short sooner rather than later.

Naturally, the winger's most likely destination has been suggested as a reunion at Stamford Bridge.

But those suspicions have moved a step forward this week, with Spanish source El Nacional reporting that Chelsea and Real Madrid are in preliminary talks to re-sign Hazard.

And Blues owner Roman Abramovich is 'increasingly persuaded' that if he returns to the Premier League, the 30-year-old would once again establish he is one of the finest in the world.

Prior to Chelsea's Champions League semi-final match against Real Madrid last season, Thomas Tuchel made it obvious that he was a great supporter of Hazard.

He stated, " "He has been a crucial player for many years at this club and in this league, which is the toughest in the world.

"So dependable. I hold him in the highest regard. He's a huge player, and there are a lot of people here that are familiar with him.

"Now he plays for Real Madrid, where he was a crucial player for this club."

Hazard's experience in the Premier League has also been praised by Gary Neville, who believes he is like "poetry" when he is at his best.

Is attempting to re-sign Eden Hazard a risk for Chelsea? Please leave a comment below.