After months of speculation, a largely-speculated rumor finally came true on tonight's episode of WWE RAW. Mustafa Ali revealed himself to be the mysterious hacker from SmackDown a few months ago.

Following a loss against The Hurt Business early in the night in a tag team match, Ali dropped the bombshell in a backstage promo. 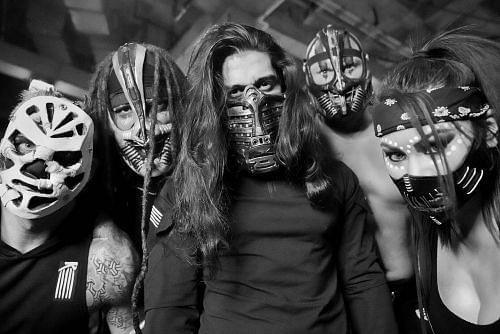 Tonight's season premiere episode of RAW began with Alexa Bliss beckoning "The Fiend" Bray Wyatt to the ring. Not long after The Fiend came down to the ring and joined hands with his newest ally, Mustafa Ali and RETRIBUTION surrounded the ring.

However, the lights quickly went out and after they came back on, The Fiend and Bliss were nowhere to be seen. Then, the music of The Hurt Business hit as Shelton Benjamin, MVP, Cedric Alexander and Bobby Lashley headed down to the ring for their scheduled eight-man tag match against RETRIBUTION.

Despite putting up a valiant effort, RETRIBUTION lost their debut match on RAW after T-Bar tapped out to Lashley's Full Nelson hold. But, no sooner after the match finished, The Fiend's eerie music blared in the arena along with red lights before he appeared out of nowhere to attack Ali and RETRIBUTION.

T-Bar sacrificed himself for Mustafa Ali, getting laid out by The Fiend with the Sister Abigail before Ali could pass out from the Mandible Claw.

What did Mustafa Ali do as the mysterious hacker?

As the mysterious hacker, Mustafa Ali dropped cryptic vignettes, occasionally on random episodes of SmackDown. As the hacker character, Ali promised to cleanse WWE of its greed and corruption, much like what he intends to do as the leader of RETRIBUTION.

The most crucial role of the hacker was in the feud between Otis and Dolph Ziggler. He revealed Sonya Deville as the one who sabotaged Mandy Rose's date with Otis. After that, the hacker was not seen again on WWE TV.