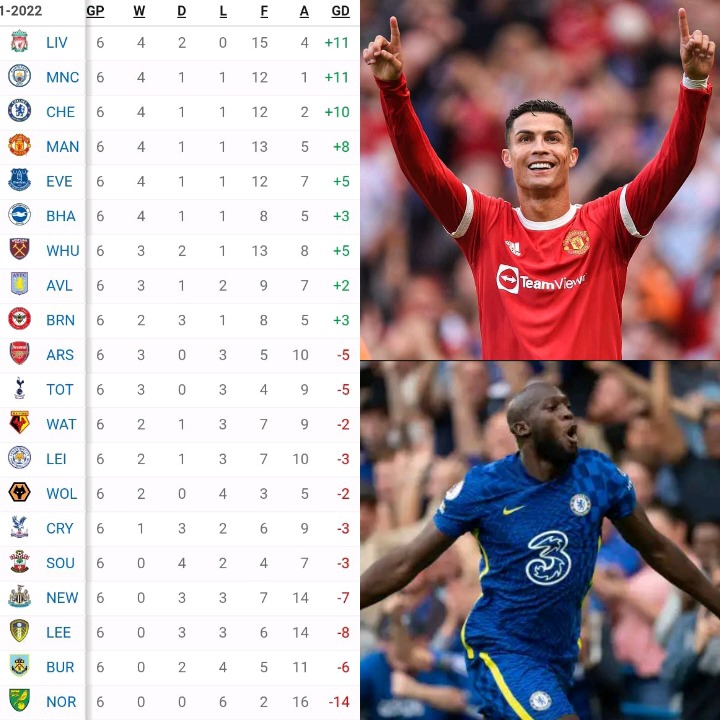 Manchester City, Arsenal, and Everton were all victorious during the match-week. Chelsea, Manchester United, and Tottenham are some of the Premier League clubs that lost their matches. 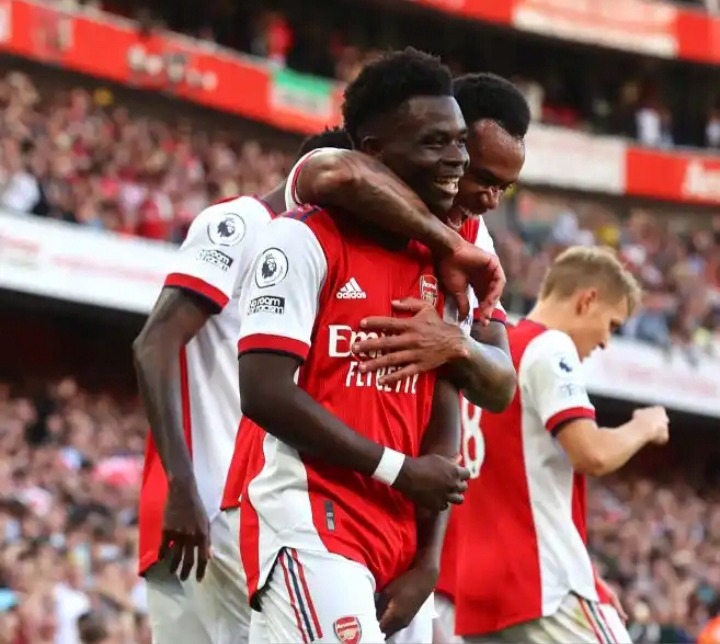 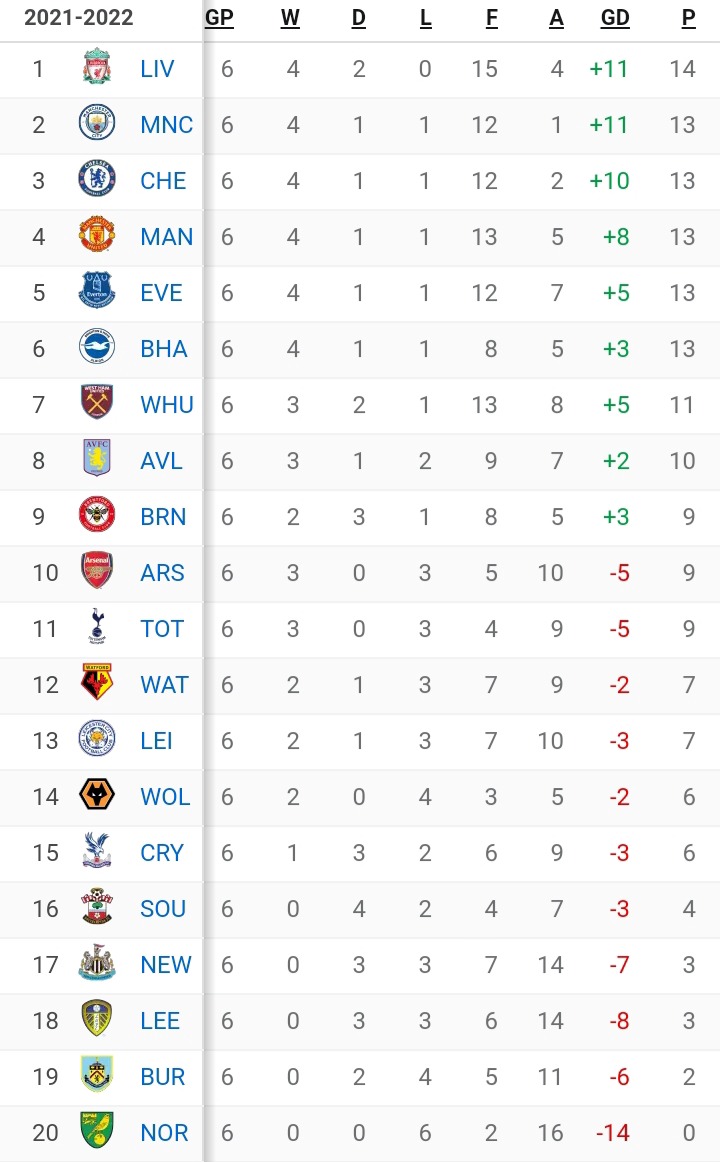 Liverpool are on top of the Premier League table with 14 points from 6 games. Manchester City, Chelsea, Manchester United, Everton, and Brighton are all tied on 13 points. 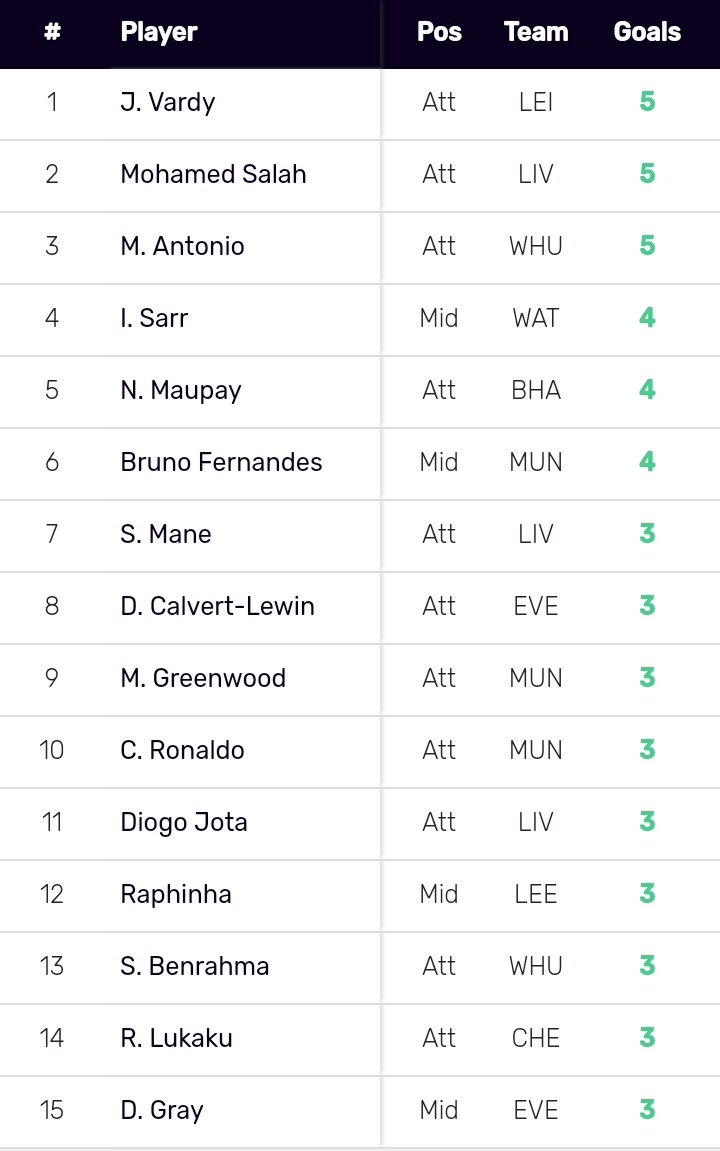 Jamie Vardy now has 5 Premier League goals after he scored 2 goals for Leicester City in their match against Burnley. Michail Antonio and Mohamed Salah also scored for their teams during the match-week. 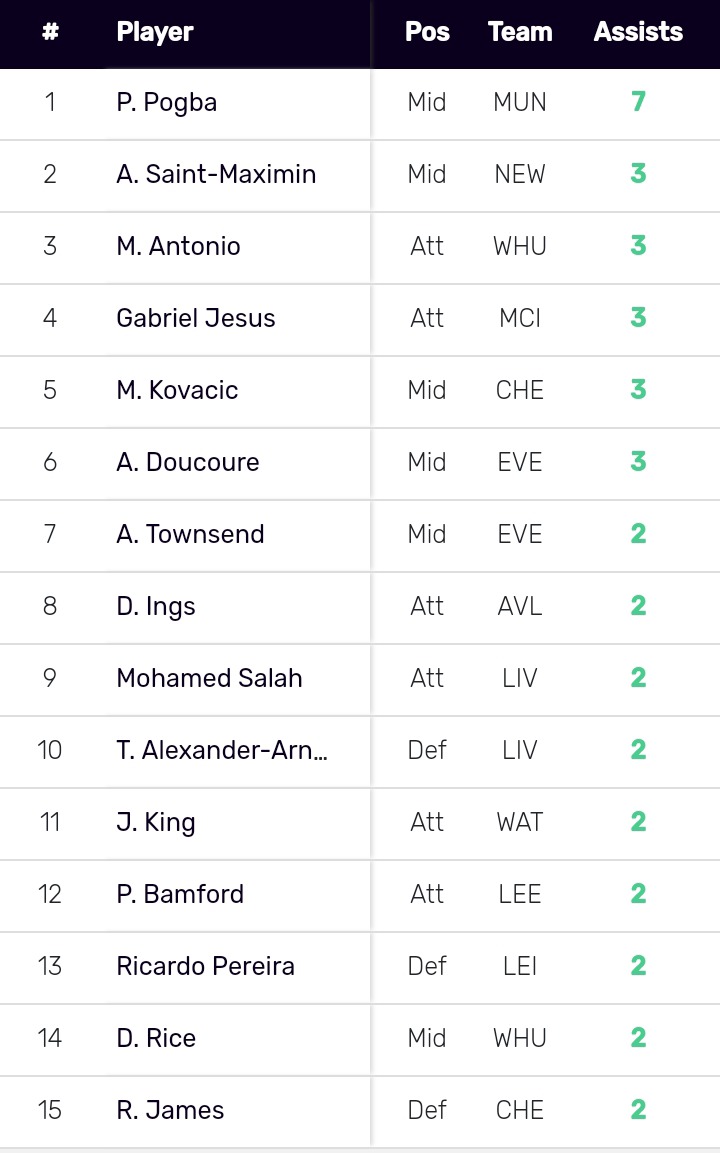 Paul Pogba is still leading the Premier League assists chart with 7 assist this season. The Manchester United midfielder has not registered an assist in his last 2 Premier League matches. 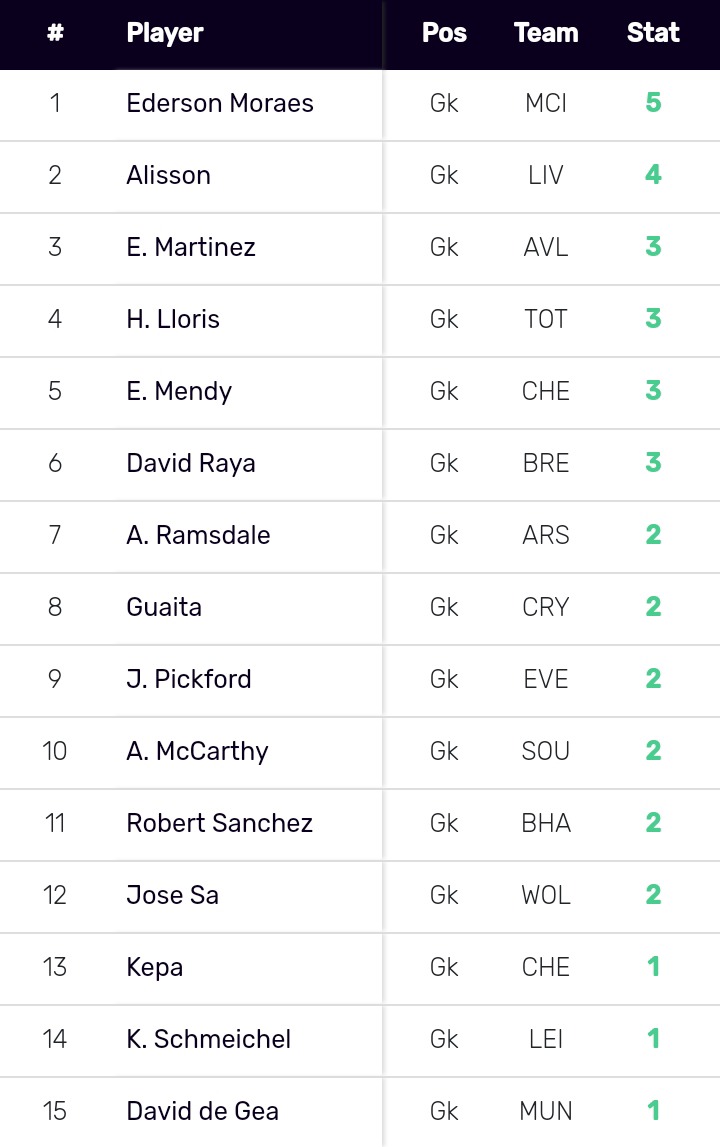