West Ham United suffers a defeat against Newcastle United on Saturday in the premier league. West Ham United loss after a hard fought with Newcastle United at St James' Park stadium. Own goal from Issa Diop in the 36’ minutes gave the host team a lead against West Ham before Jeolinton scored again for Newcastle to give the home team advantage into the first half break. 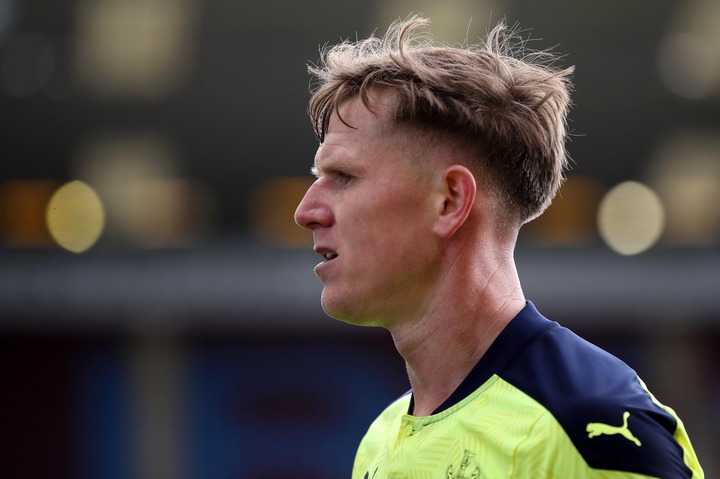 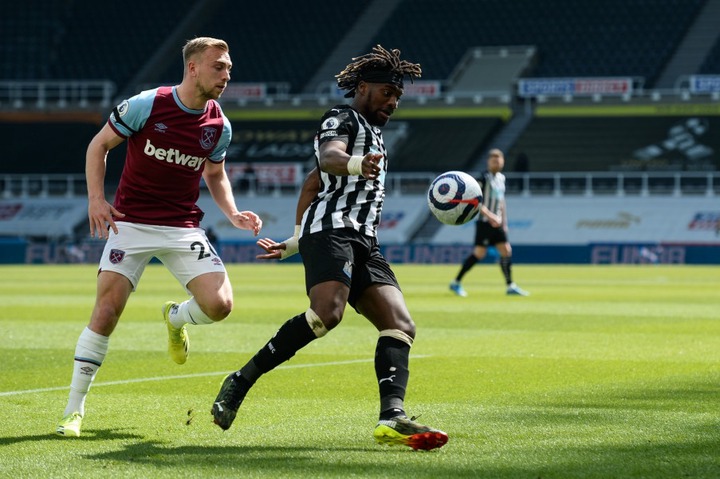 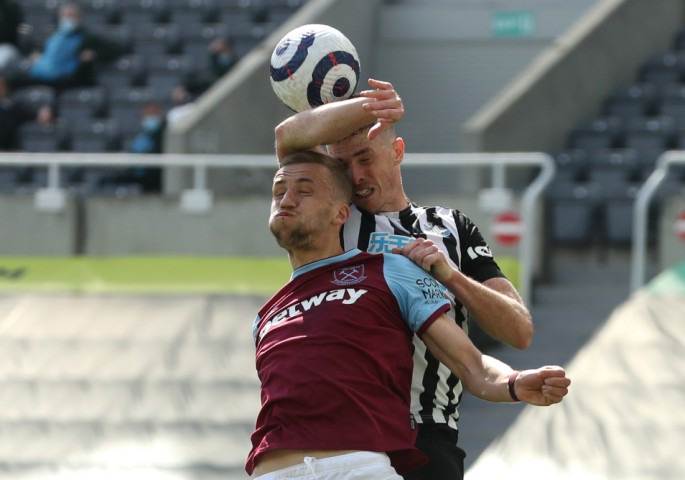 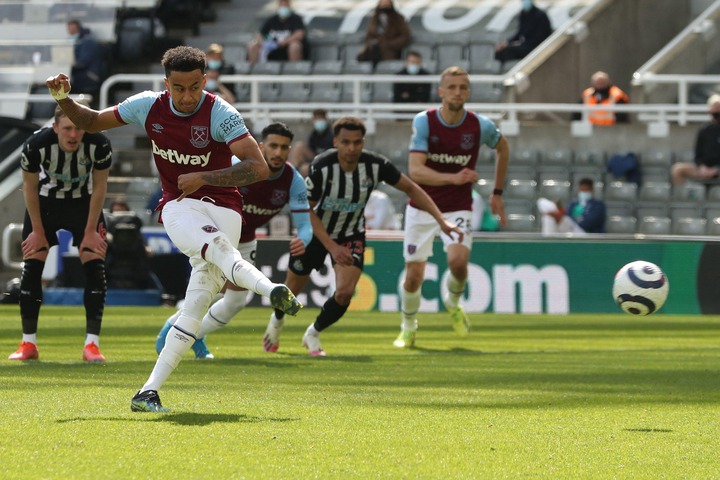 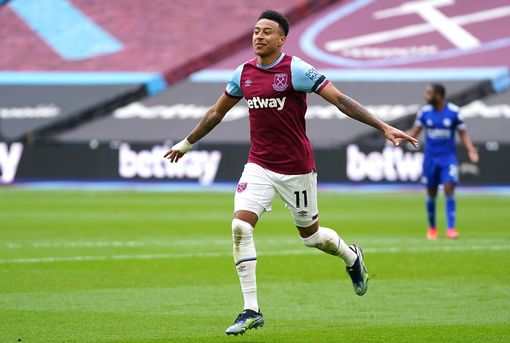 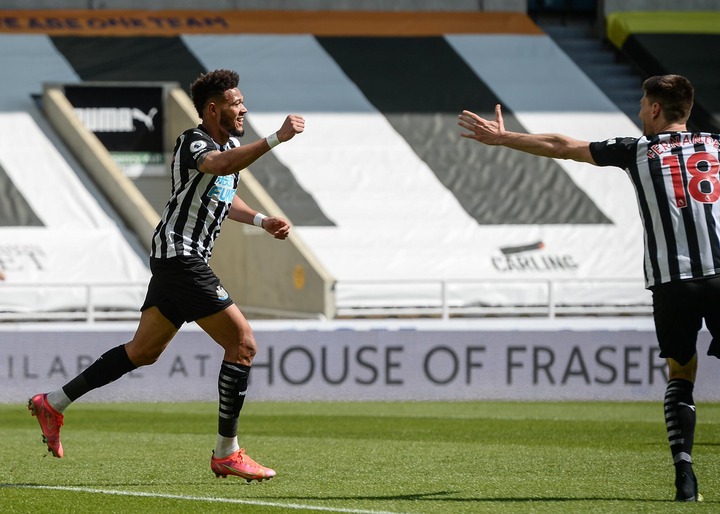 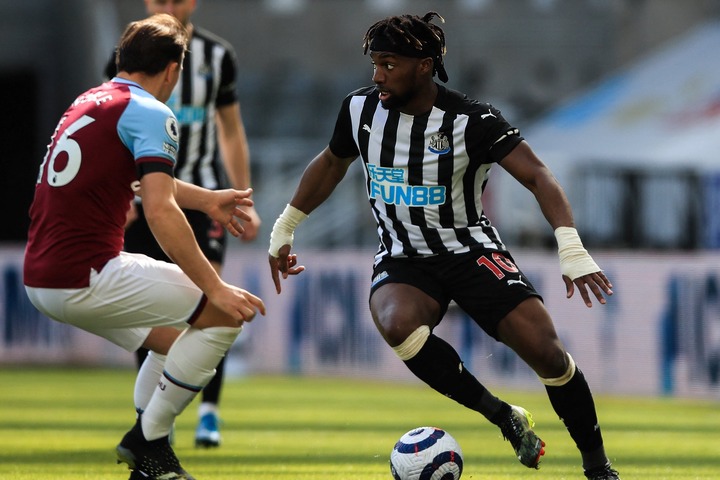 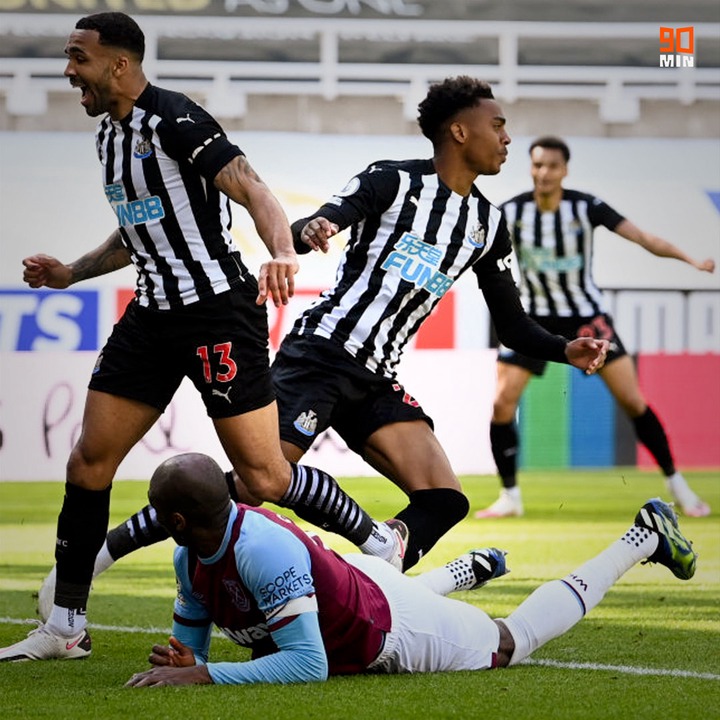 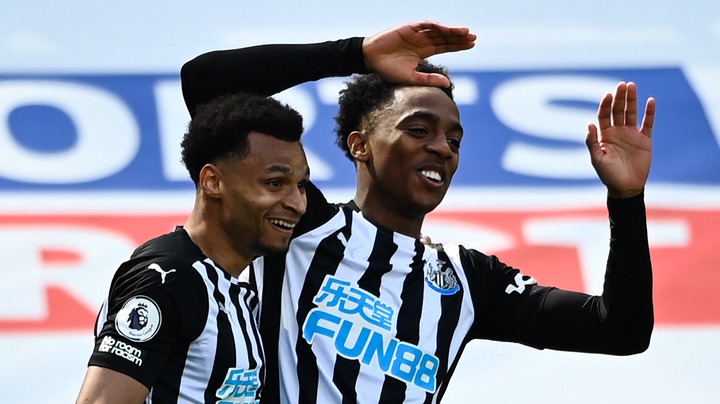 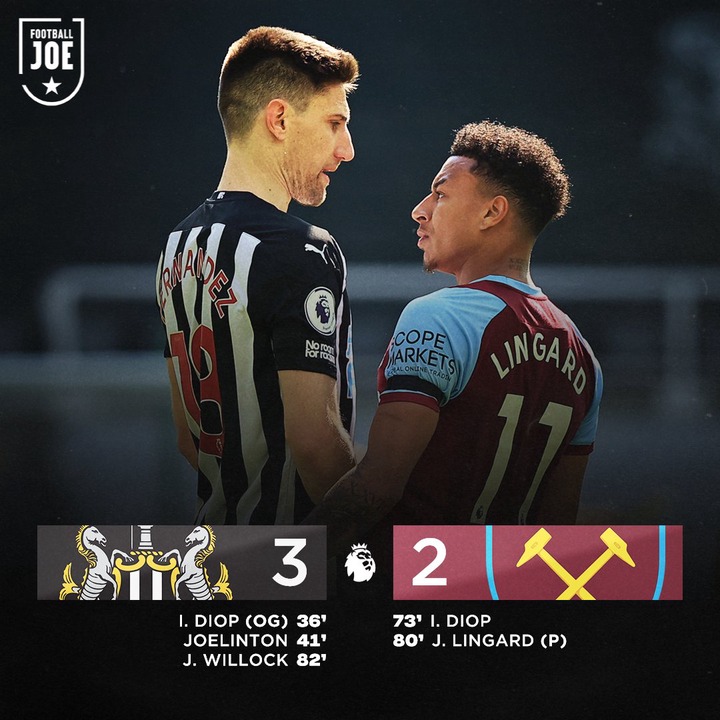 West Ham United gave everything for a win but were unlucky to concede three easy goals from the Magpies at St James' Park. Issa Diop cancelled his own-goal with a fine goal to make the scores 2-1 in the 73’ minutes before Jesse Lingard equalized for the visitors from a spot kick to make the scores 2-2 into the last 10’minutes of the match. Unluckily for the Hammers, Newcastle United stole a late goal in the 82’minutes. Goal from Joe Willock end West Ham United two games winning streak in the premier league, as they fell to a 3-2 defeat to Newcastle United. 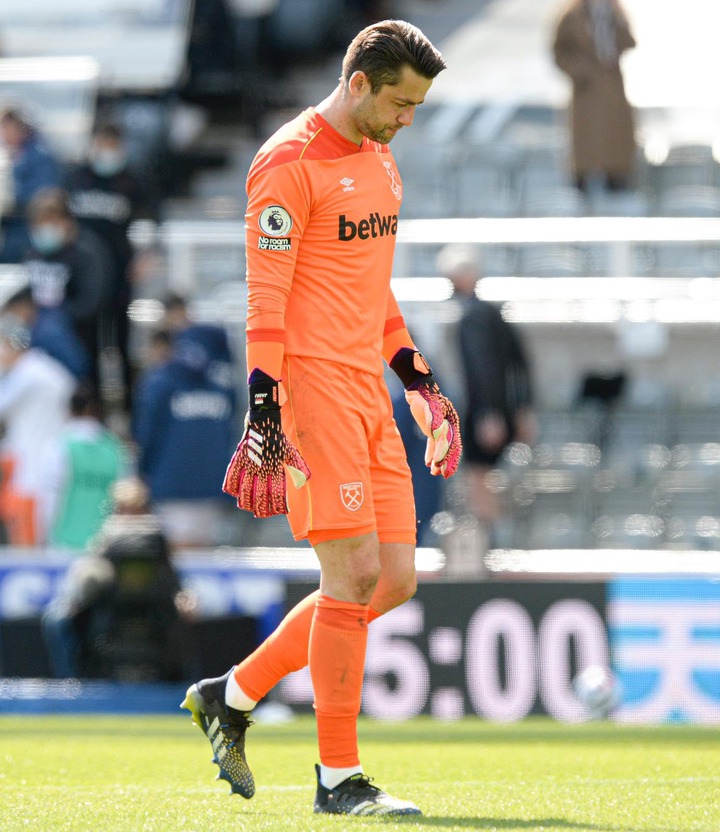 Lukasz Fabianski had a horrible performance for West Ham at St James' Park which cost the Hammers point against Newcastle, but after the 3-2 loss to the Magpies, the former Arsenal goalkeeper wrote a message of apology to West United fans, pleading with them amidst his strange performance in their 3-2 defeat to Newcastle United.

It is very encouraging to see how West United fans reacted to Lukasz Fabianski's message and how supportive they were to the polish goalkeeper. Undoubtedly, their reaction will serve as motivation to the 35-years-old shot-stopper.

After the 3-2 loss against Newcastle United, Fabianski wrote on his twitter page saying: “I'm really sorry for my performance. Boys have worked so hard to get a result. We keep pushing on”. 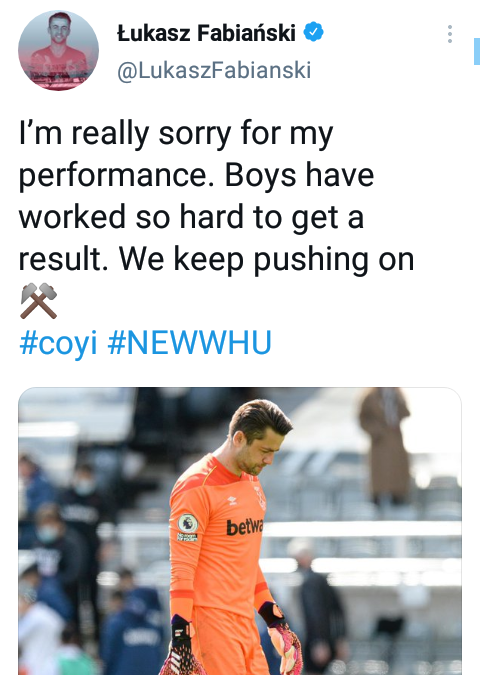 The replies from West Ham United fans shows their patriotic support for the club and their players. They replied Fabianski with words of encouragements and supports, telling the 35-years-old goalkeeper to focus on what come next and leave failure behind. See their replies to Fabianski post on Twitter; 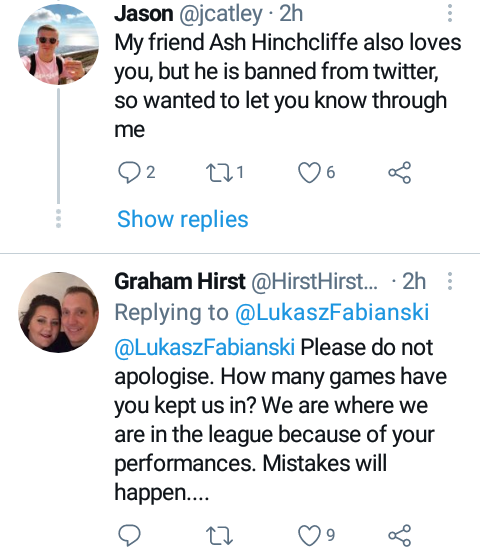 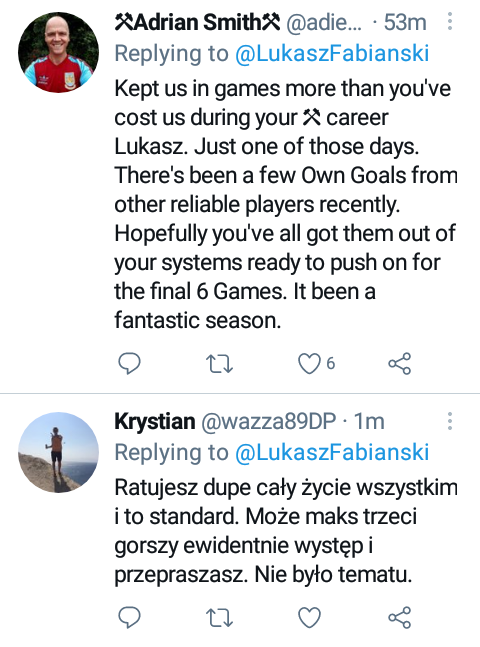 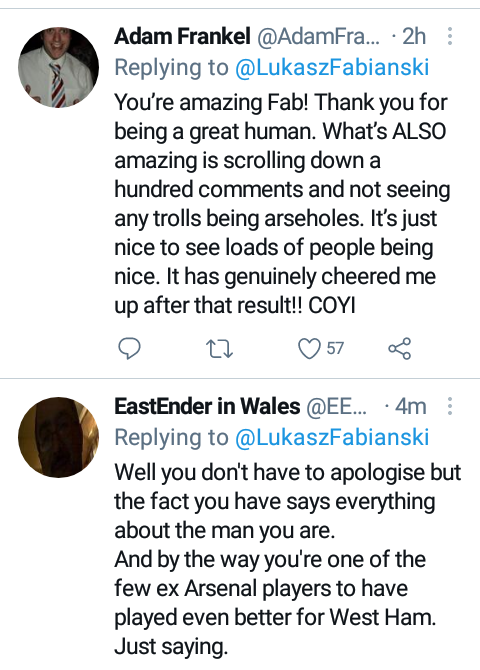 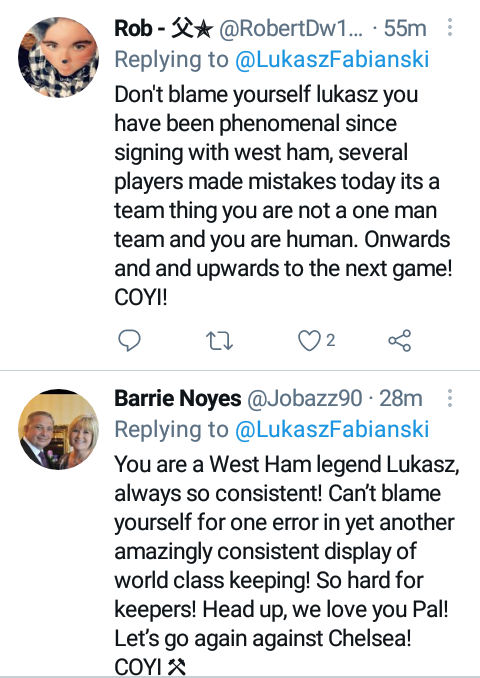 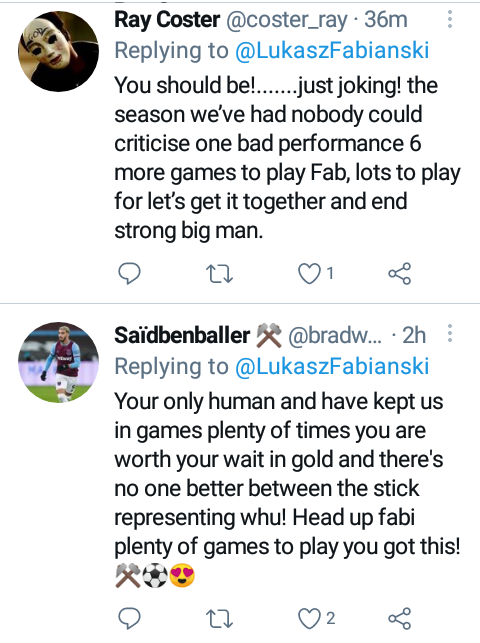 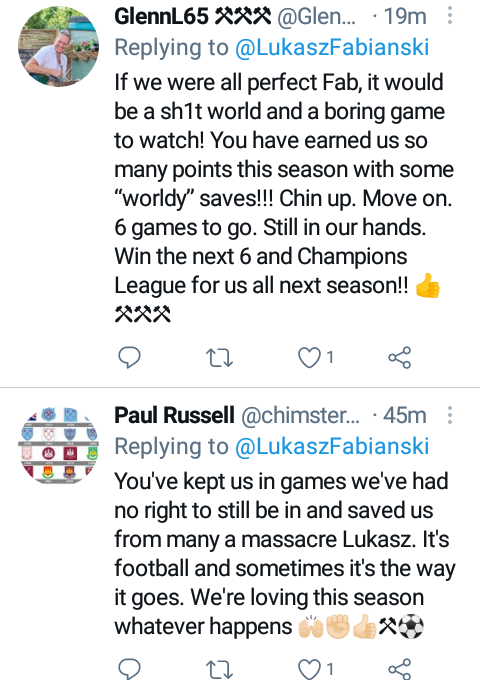 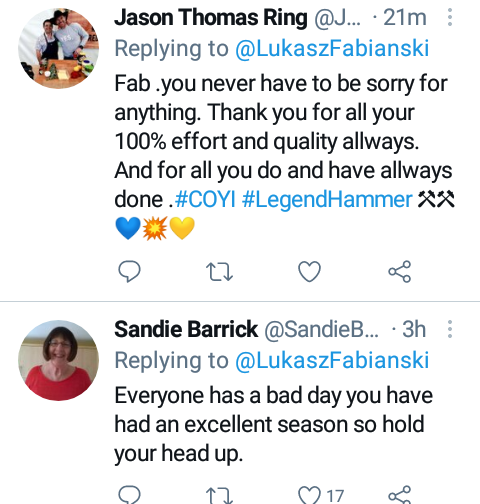 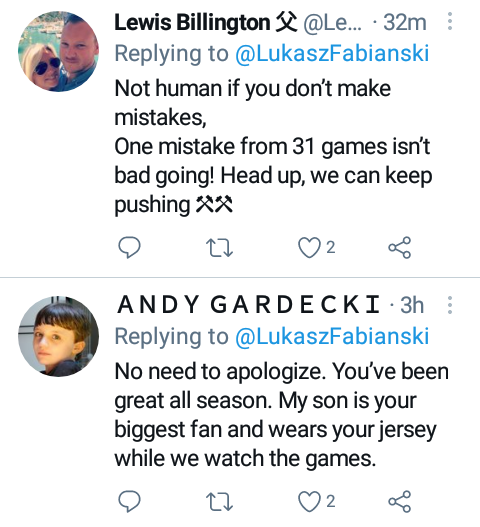 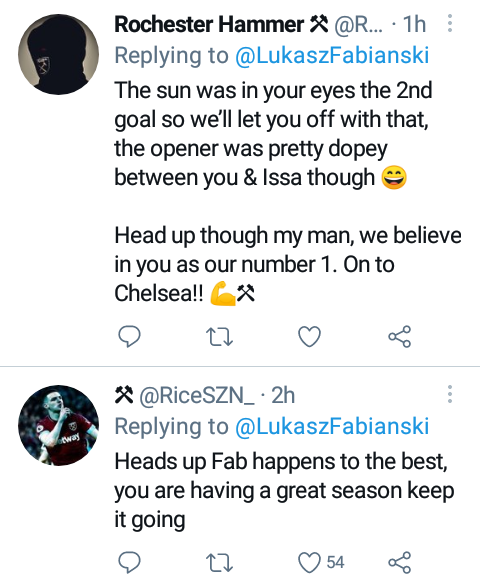 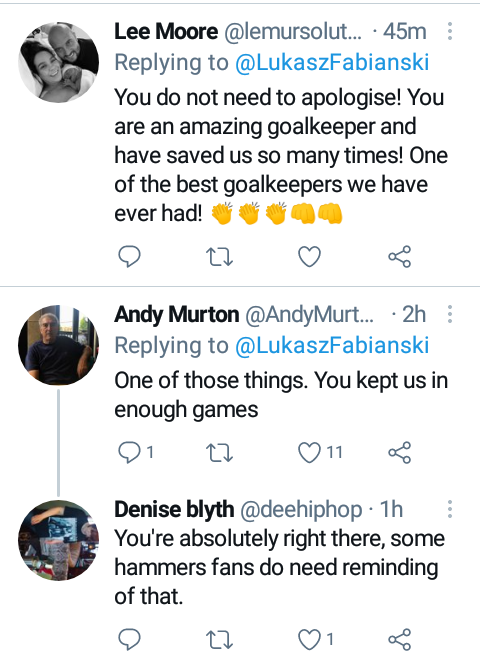 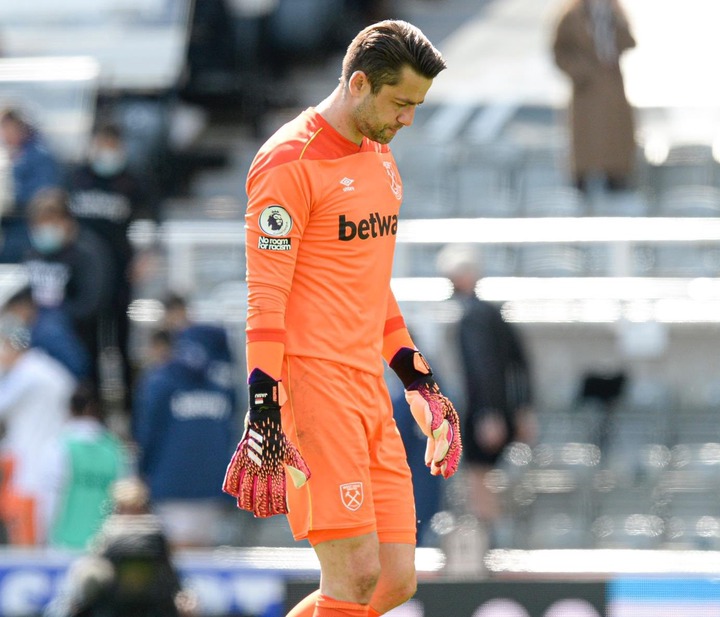 West Ham United would be looking forward to their next game with Chelsea at London Stadium on 24 April. David Moyes' men are contended for top four race and would want to keep their chances of playing in the European competition next season alive. No doubt, Fabianski would give his best to make his fans happy.

Your thoughts, kindly rate the support from West Ham United fans on Fabianski!!