By Omniscient (self media writer) | 4 months ago

PSG star Lionel Messi is being treated for a knock to his knee that he sustained in the club's 2-1 win against Lyon on Sunday. 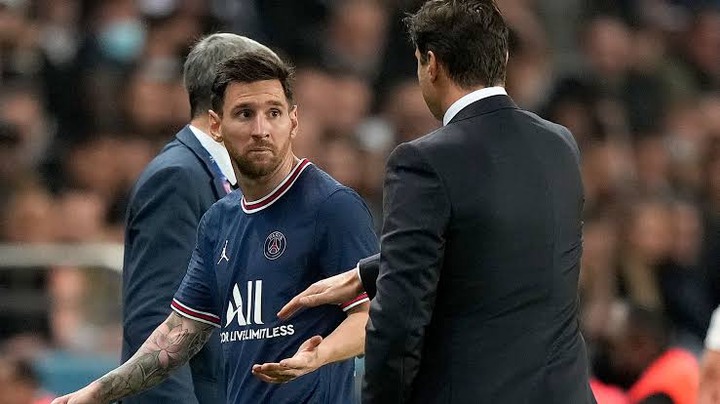 Messi was visibly unhappy with PSG manager Mauricio Pochettino for subbing him off in the 76th minute, snubbing his handshake as he walked off the field.

After rubbing his knee and working out his leg on the field, Messi signaled to the bench that he was fine to continue.

However, Pochettino refused taking the risk as PSG had a busy schedule.

Messi reportedly spent Monday's training session receiving treatment, and PSG announced that he will miss the Wednesday trip to Metz, that is part of a busy stretch of matches.

Medical reports reveal that Messi has a bruised bone after he underwent an MRI on Tuesday.

Lionel Messi, ever since his debut for PSG has not scored a single goal or given any assist. He almost had a goal from a free kick but luck was not on his side.