Deontae Wilder Gives A Reason For His Loss To Gypsy King, Tyson Fury.

By Habidex (self media writer) | 3 months ago

Tyson Fury knocked Wilder down for the third and final time in the 11th round of an all-time classic. The Bronze Bomber was beaten in his trilogy fight with Fury in Las Vegas despite producing a much-improved performance and twice knocking his opponent down in the fourth round.

“I did my best, but it wasn’t good enough. I’m not sure what happened, I knew that he didn’t come in at 277 pounds to be a ballet dancer. He came to lean on me, try to rough me up and he succeeded.” said Wilder 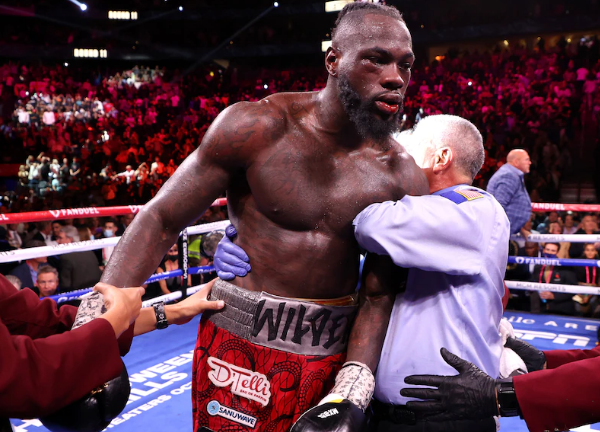 Deontay Wilder also insists his weight disadvantage was the key reason for his knockout loss to Tyson Fury.

Deontay Wilder broke his hand during his thrilling third fight with Tyson Fury. Wilder was taken to hospital to be checked out after he was brutally stopped by Fury in their thrilling third heavyweight fight.

Wilder having made a strong start to the contest desperate to avenge his defeat in 2020, he had actually been ahead on the scorecards halfway through the fight. All three judges; Dave Moretti, Tim Cheatham, and Steve Weisfeld had given Fury three rounds out of the first six. 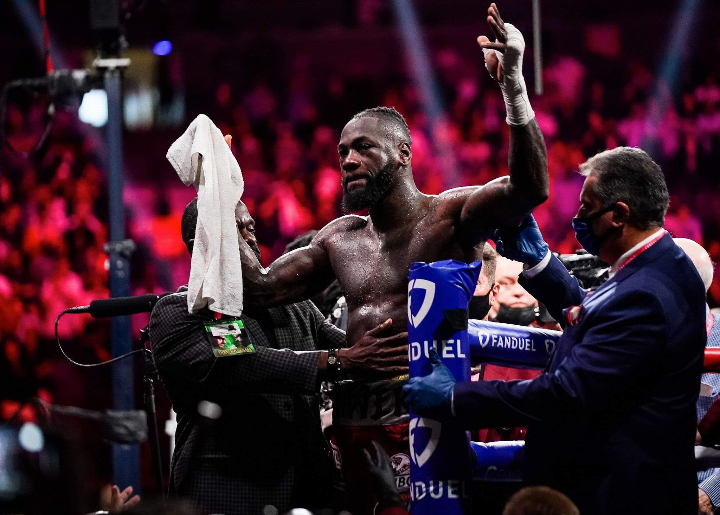 The bout was another loss for Wilder, but a validation of the former US Olympian’s impressive toughness, as well as his determination to get this third fight even after the one-sided nature of their second meeting.

Wilder, who at two meters tall (six feet, seven inches) and 105kg (231 pounds) was the smaller man in the ring to the 2.05-meter (six feet, nine inches) British giant, was backpedalling the entire fight, trying to catch Fury coming in with a right hand. But he was never able to throw it effectively, and unable to deal with Fury’s jab.

Content created and supplied by: Habidex (via Opera News )