10 Clubs With The Most Football Managers Since 2010

By Abdulameed105a (self media writer) | 1 year ago

There is just two types of football managers: those that have been sacked and those that will be sacked later on. The football manager’s job has been hailed as the loneliest on earth — a terrible, unpleasant job that pushes its experts extremely close to frenzy.

Gone are those days where clubs give managers time in building and instilling their philosophy into the team. But now the game of football has experienced quite a number of changes as owners now prefer quick and fast success under their manager.

Watford’s Xisco Munoz and Levante’s Paco Lopez become the first set of managers in Europe’s top-flight leagues to be dismissed this season.

Here Are 10 Clubs With The Most Football Managers Since 2010

Flamengo is one of South American most prestigious clubs and the Brazilian club is also well renowned for its obsession with winning and like every other top team who also like to achieve success.

Since 2010, the Rubro-Negro has experienced a total of twenty-three managerial changes which shows how desperate and obsessed they want to achieve success both in the league and on the continent which is no doubt the hallmark of a proactive club.

The Brazilian giant clearly doesn’t have a prejudice against managers who fail, it’s just that they see themselves as a big club, and as a reputable side, they’re demanded to continuously succeed.

When they failed to achieve their desired result they fire the coach and extend their contract when they deliver.

Choosing a football manager that will serve a club on a long-term basis should be the ideal way to go for clubs, but over the years club owners have shown they aren’t that patient anymore due to their desperation for good results. In that regard, Watford falls into the categories of clubs that aren’t patient when it comes to sacking football managers

Since returning to the topflight in 2015, the Hornet’s ruthlessness in sacking their managers has been on the upward spiral and with the recent dismissal of Munoz, it’s brought to fore how harsh Watford could be in ditching out a sack letter when they want a positive change.

An approach which has seen them employed seven coaches over the past five years, and even with the appointment of Ranieri following the dismissal of Munoz that doesn’t guarantee the Italian boss would stay for years at the club.

Watford doesn’t believe in a long-term approach because it doesn’t work for them, so they prefer the “Quick-fire tactic dismissal”.

The only clubs that adopted the long-term option were Manchester United and Arsenal with Sir Alex Ferguson and Wenger respectively since then things have changed for both clubs.

Before the takeover of Chelsea in 2004 by Russian Billionaire Roman Abramovich, the Blues have always been a sacking club and since 1905. the London giant has parted ways with 40 coaches which says a lot about how frequently they also change football managers.

Chelsea owner Abramovich has over the years proven his ruthlessness in firing managers who fail to achieve success. As such when a coach takes up the Blues job, he automatically comes under pressure to deliver the expected in other not to be thrown out.

After the dismissal of Frank Lampard having failed to put together a formidable side despite spending over €250m, Roman sacked him without an iota of sentiment about Lampard being the club legend and they brought in Thomas Tuchel who is now the 41st Chelsea’s gaffer.

In a game of football, success is relative. Some clubs often want to be successful by winning titles, while some prefer remaining in the league without the fear of relegation and perhaps qualify for the biggest club competition in the continent.

However, as for Boca Juniors, one of the most followed and finest in South American football, winning titles is what they want as a prestigious side with a huge reputation. In that regard when their manager fails to deliver the desired result that throws the La Mitad Más fans into a jubilant mood, they sack them.

As a matter of fact, the Xeneizes had a track record of changing five different managers and since then they’ve had a total of twelve coaches due to how much they also crave success like the Real Madrid and Chelsea of this world who don’t pity managers when it comes to sacking them.

Under the leadership of Carlo Ancelotti and Maxi Allegri, the Rossoneri enjoyed enviable success before things went horrible for them both in the league and Europe which cumulated into them trying out several football managers.

Three of their former legends Seedorf, Inzaghi, Gattuso were among the host of managers sacked , before finally getting it right with Stefano Pioli who is currently doing a decent job with a young Milan side.

Before the Milan board finally decided to retain Pioli as their manager, they already planned to let him leave having decided to appoint Ralf Rangnick but surprisingly the deal didn’t go through for some unknown reasons.

The last time the Velodrome side won the Ligue 1 was far back in 2010 when the former legend of the club Didier Deschamps won the league for them after 18 years as a manager, and since then the French side has not been able to conjure such a moment again.

Following Marseille trying to minimize the dominance of Paris Saint Germain, they tried a lot of managers and likewise invested in players with the budget they could afford to sign in players yet couldn’t catch up with the Parisians who’re without a doubt the king of Ligue 1 now.

Jorge Sampaoli the manager who took over after Villas-Boas left has been doing a decent job with the team, should he go to qualify Marseille for next season’s Champions League and perhaps wins a title he would definitely be rewarded with an extension and more pay.

Since 1910, Real Madrid fans have witnessed over 54 managers both brilliant and unimpressive ones, from the days of Miguel Munoz to the days of cool and calm Vincente del Bosque, the volatile Jose Mourinho to Zinedine Zidane who without doubt ticked all boxes as the most successful coach of Los Blancos.

Real Madrid is known to be a ruthless institution when it comes to making a strict decision in sacking their coach when they fail to deliver or perform up to the board’s expectations. However, since 2010 the Spanish giant has parted ways with eight managers who reigned for an average of two years before they’re shown the exit door or resign.

With what Real Madrid is known for, a club that craves success on all fronts when they aren’t getting what they expected from their manager they don’t take much time in pulling the trigger which without a doubt makes it the hottest job to handle for a football manager.

Barcelona is one of the finest clubs with a rich reputation and history and has been one of LaLiga’s founding members since inception and they’ve never been relegated since then.

Since the Catalan club become a professional team in 1902 they’ve had quite a number of coaches, those who were successful and those who failed. Unlike their arch-rival Real Madrid and Chelsea who are known to be very ruthless when it comes to sacking, the Nou Camp side aren’t that ruthless but then they’ve also had 6 managers since 2010.

Before and after the departure of Lionel Messi, the Catalan side has been finding it hard to churn out commendable performances for that reason Ronald Koeman’s days are numbered.

Reputable coaches have all come and gone having managed a well-decorated side like the Old Lady, and amongst those great managers who did achieve success for the Turin side are Giovanni Trapattoni, Antonio Conte, Marcelo Lippi, and Maxi Allegri.

Since Allegri took over from Conte winning the Scudetto has come easy for him. However, the only trophy that has always eluded him is the UEFA Champions League which they’ve lost two finals to two Spanish opponents Barcelona and Real Madrid respectively.

With their desperation to win the most coveted club football trophy, they sacked Allegri and brought in Mauricio Sarri who couldn’t even achieve half of what his compatriot did with the Old Lady before he was also shown the exit door for Pirlo to take over who also failed woefully. 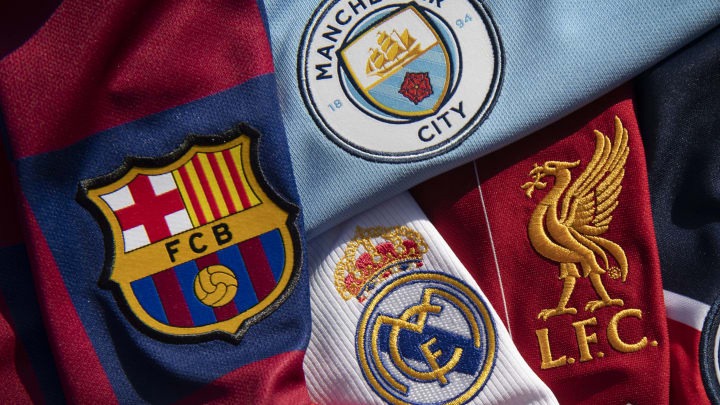 The Cityzens have been enjoying the cash flow of their Arab owner, and that has made them one of the finest teams currently that could go toe-to-toe with other top sides in Europe without any fear because they’ve got an excellent squad brimming with talented players.

Manchester City is now using their 18th season in the Premier League since they return to the top flight at the start of 2002-03, and since then they’ve had a host of managers. However, since 2010 they’ve had four managers which means they aren’t a sacking club, unlike others.

Pep Guardiola is their current gaffer and they don’t have any reason to sack him except he left the club on his accord, or perhaps when he loses yet another Champions League final having lost the last edition to Chelsea.