By WoleOscar (self meida writer) | 1 months 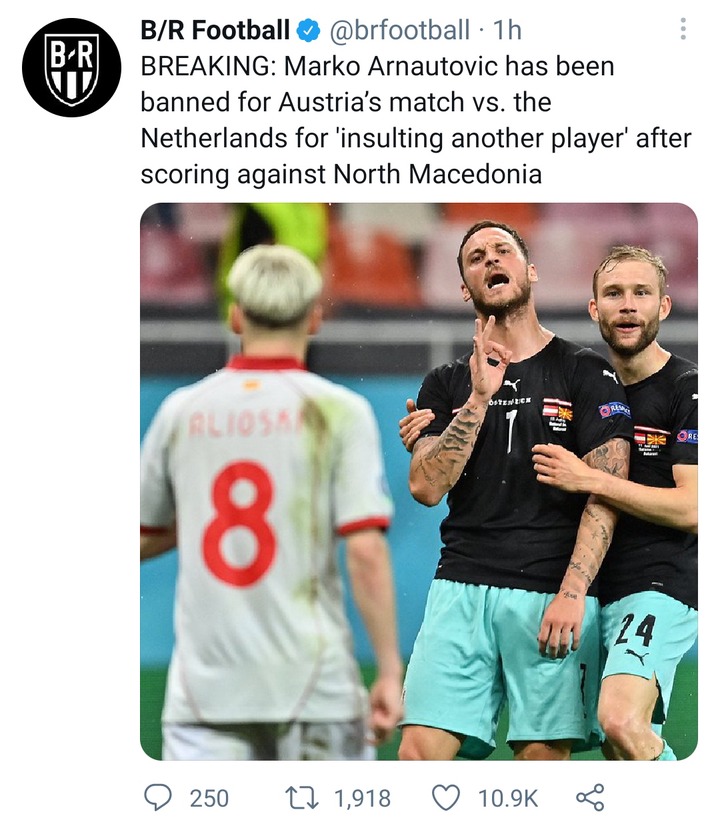 Austria's fine start to the Euro 2020 championship has been a dealt a huge blow this afternoon after Uefa announced Marko Arnautovic has been banned for Thursday's match against the Netherlands. The striker insulted another player while celebrating his goal against North Macedonia.

We all know that football is game that cna be filled with so many emotions and sometimes when a player scores a goal, he can he completely overwhelmed and do something crazy. 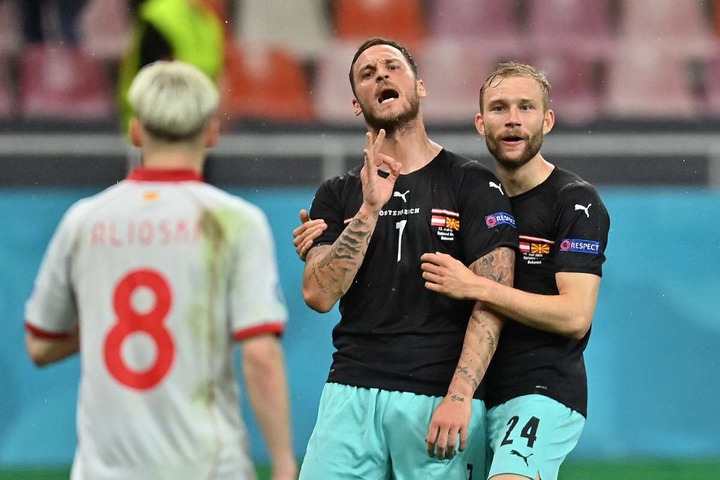 Having said that, there is no excuse for displaying a total lack of respect towards your opponents no matter how overwhelmed you get. Arnautovic might not have intended to do what he did but there is no excuse for that. In fact, it was his captain, David Alaba who first cautioned him as he was ranting after scoring. 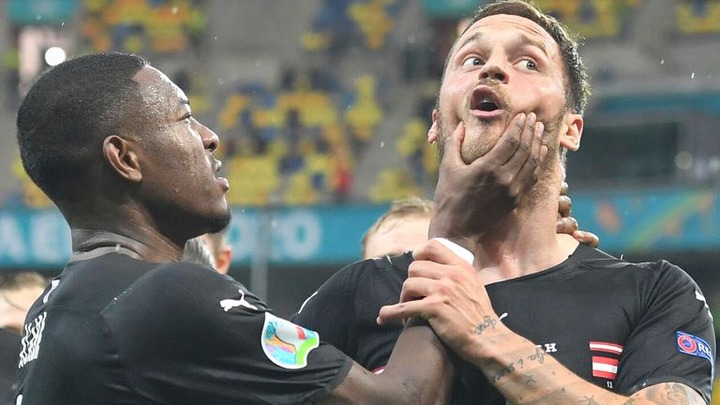 The former West Ham striker came out to apologize for his rude behaviour after the game, insisting that everything he said. If you don't know, Arnautovic has Serbian roots despite playing for Austria and it so happens that Serbia and North Macedonia don't see eye to eye.

"There were some heated words yesterday in the emotions of the game for which I would like to apologise - especially to my friends from North Macedonia and Albania."

It was important that he apologized, but in this case his apology did not mean anything to Uefa as they investigated the matter and have now handed Arnautovic a one match ban. Austria take on the Netherlands at the Johan Cruyff Arena in Amsterdam on Thursday, and the dangerous striker will not be involved. A big miss for Austria.