By Kingofinnovation (self media writer) | 10 months ago

In this article we are going to talk about the only team in WWE history that's has held all day WWE tag Team Champion that existed in WWE main roster.

NXT tag team champions are not included in this list, we are just going to tell about the Tag Team Champions that have existed in the WWE main roster since its introduction 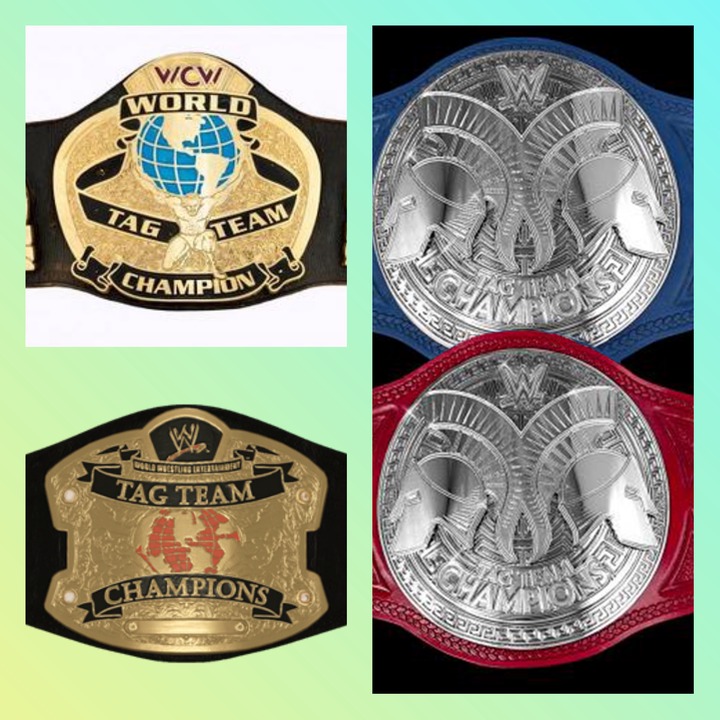 Tag Team wrestlinghas always been a staple of professional Wrestling, the WWE being the top promotion in wrestling history has never been an exception. The first tag champion in WWE was established was established in 1971 and the first champion numbers Luke Graham and Tarzan Tyler it was held during that time by great teams like Mr Fuji and Prof Tori Tanaka, The valiant Brothers, The Wild Samoans among otgers. It wasn't really regarded as that important title untill it came to the wwe's Golden Era when teams like Demolition, The Hart foundation, The Rockers, The British Bulldogs began putting in classic matches and great title Reigns to mold the tag team division into what it is now. Even during the WWE attitude Era, many random teams where winning the titles randomly but tgay were still able to make it look great, but throughout the WWE, Ruthless aggression Era it felt as though the tag champs had no importance again, but today teams like the The Newday and the usos are bring in their best to make sure that tag team division is as important as the singles. 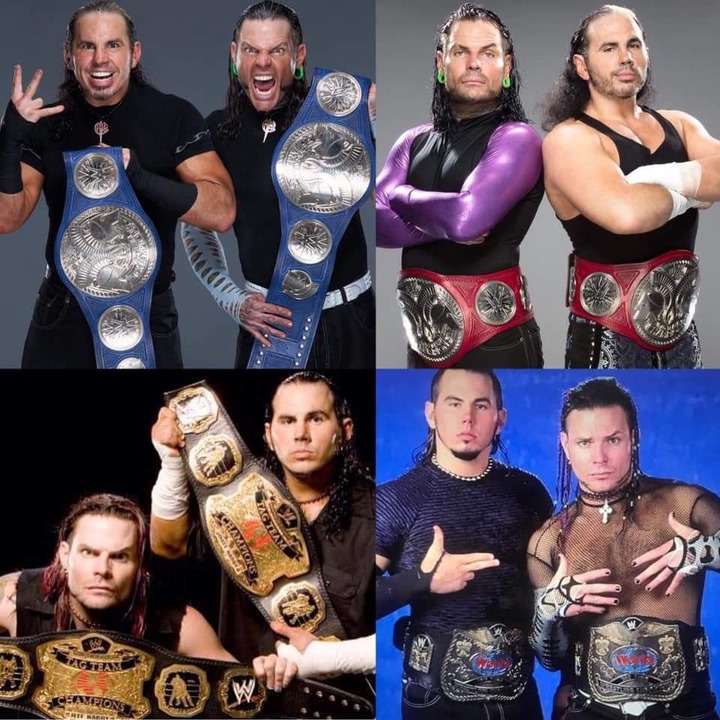 They are the Hardy Boys. One of the greatest tag team in history of professional wrestling as a whole, also known as team extreme, they debuted as a team in 2000 and since then they have been winning titles and setting records. The are a total of 9 times tag team champs. 6 times world tag team Champion and one reign each as Raw, Smackdown and ECW Tag Team Champions.

The first one they won was the world tag champs which they won in 1999 by defeating the APA, JBL and Farooq/ Ron Simmons. They went on to win the WCW Tag champs by defeating Booker t and Sean o'Haire in September of 2001, they lost it in a unification Steel cage match at the survivor series 2001 PPV. The third was the Raw tag team Champions which they won at wrestlemania 33, after making a surprise return, they defeated three other teams to win the title in a ladder match. The last they won was the smackdown tag team champion which they won on 2019 after Mania smackdown by defeating the Usos. The Reign just didn't last long, it lasted for just 14 day before They vacated it due to Jeff Hardy's injury. So this becomes their own record.