By DynamicSports (self media writer) | 21 days ago

Serie A matches were played this midweek and some players performed impressively. Players like Tammy Abraham, Victor Oshimen, and Ciro Immobile added to their tallies for the season. 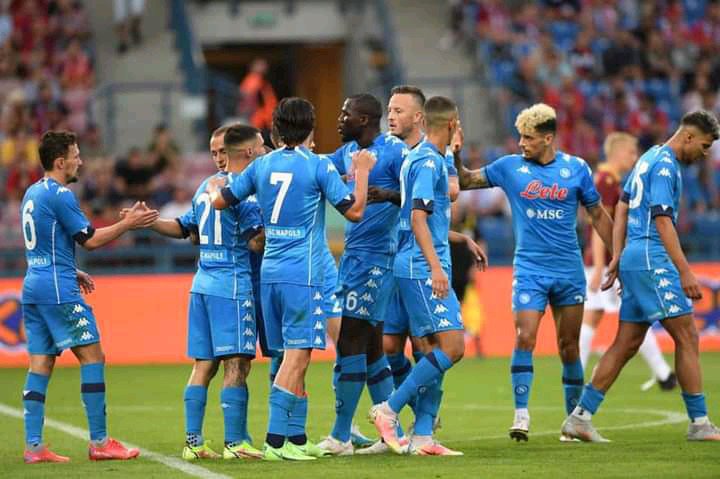 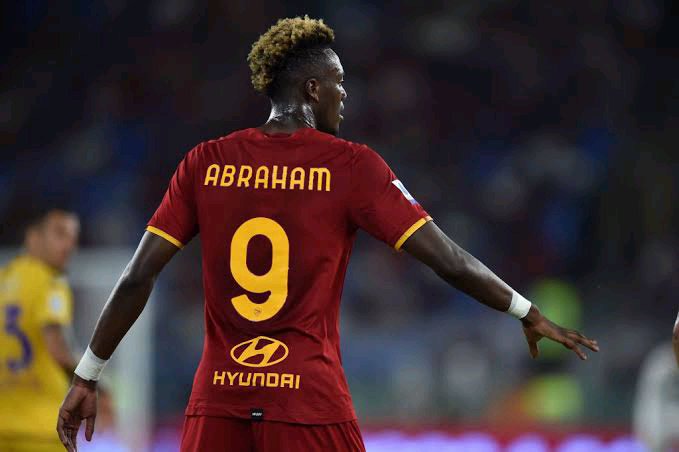 Ciro Immobile of Lazio is ahead of the pack when it comes to goalscoring. He has scored 6 goals this season. He is followed by Cagliari's João Pedro and Eden Dzeko of Inter Milan, who have scored 4 goals apiece this season. Lautaro Martinez of Inter Milan, Victor Oshimen of Napoli, Lorenzo Pellegrini of AS Roma, Dusan Vlahovic of Fiorentina, and Jordan Veretout of AS Roma are all on 3 goals for the season. The likes of Milan Skriniar of Inter Milan, Tammy Abraham, who scored for AS Roma against Udinese on Thursday, and Alvaro Morata of Juventus are all on two goals for the season. 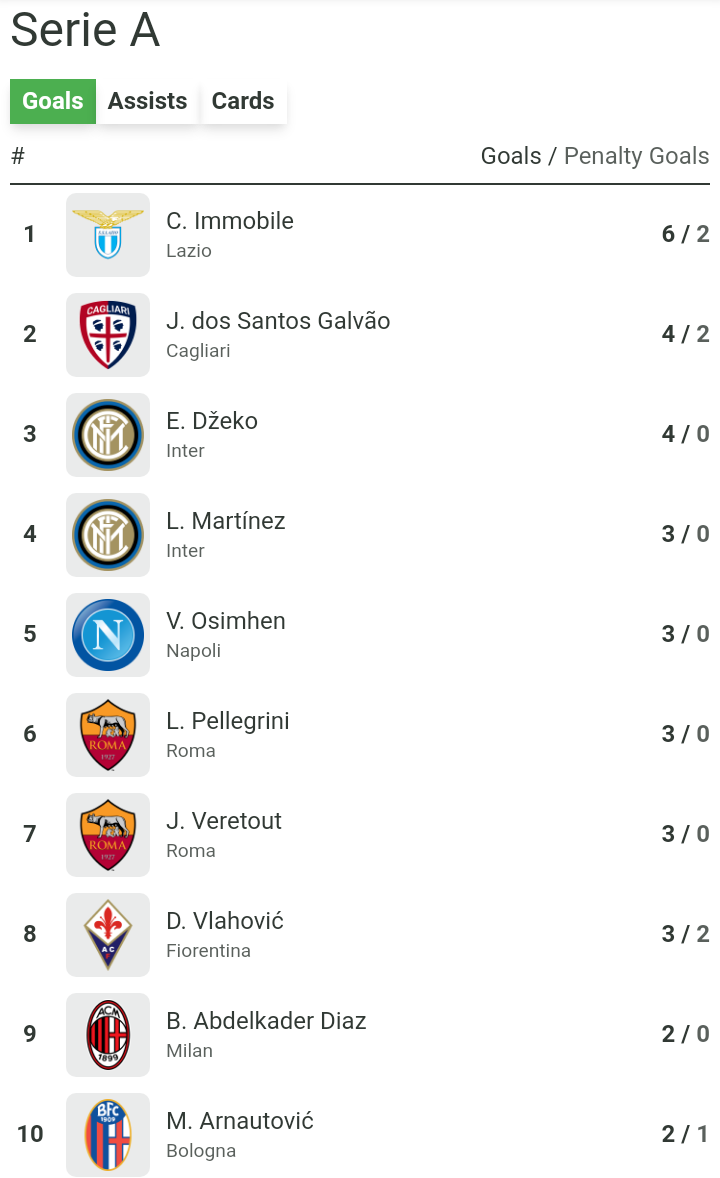 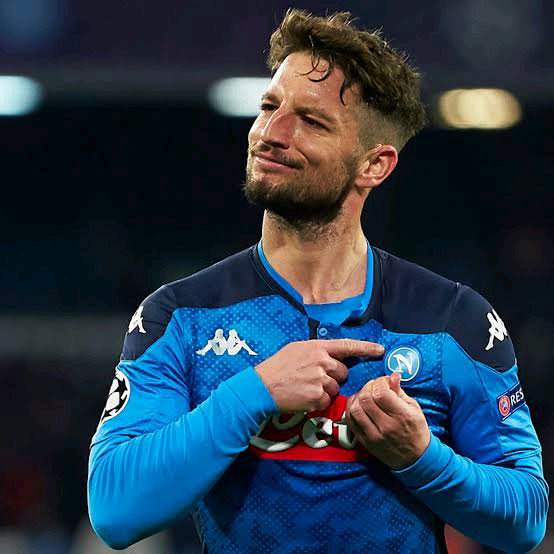 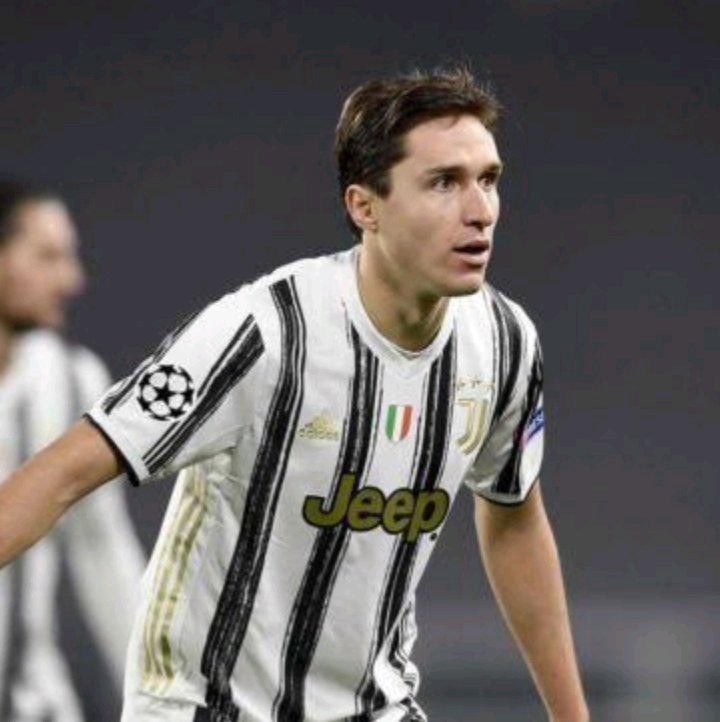 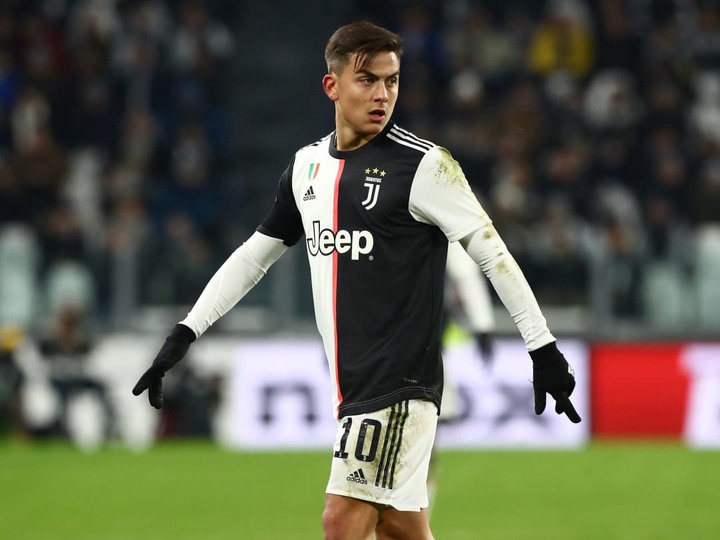 On the Assists ranking, Inter Milan's Nicolo Barella is ahead of the rest with four assists to his name. He is followed by AS Roma's Lorenzo Pellegrini, Luis Alberto of Lazio, Lorenzo Insigne of Napoli, and Razvan Marin of Cagliari who all have three assists to their names this season. The likes of João Pedro, Hakan Calhanoglu of Inter Milan, Theo Hernandez of AC Milan, Paulo Dybala of Juventus, Tammy Abraham of AS Roma, and Giacomo Bonaventura of Fiorentina are all on 2 assists for the season. 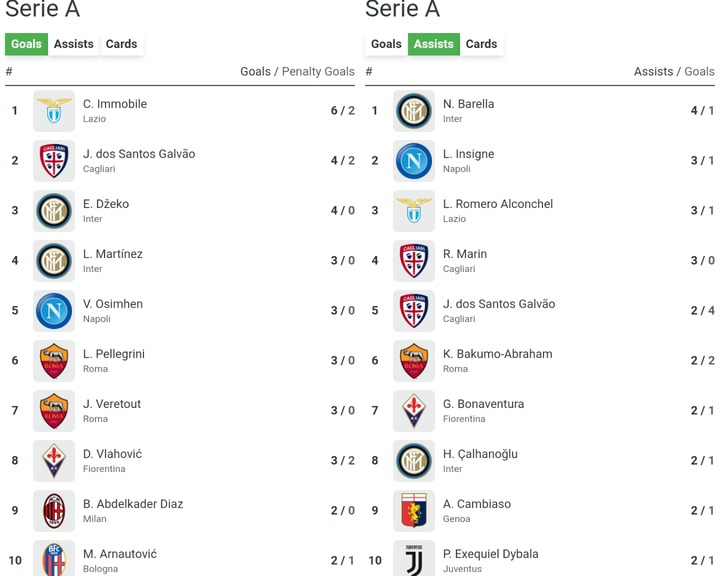