By OReporter (self meida writer) | 27 days

Currently, we can all the players in the Premier League based on their performances so far, and judging by the achievements of each team, we can easily point out players that have performed the best in the teams. Looking at some major teams, there are some notable players that football fans have been rating, and these include the likes of Bruno Fernandes (Manchester United), Kevin De Bruyne (Manchester City), Mohammed Salah (Liverpool) and so many other players.

Thus, the Performances of all players in the league have been rated and the players seen as the best so far in all the Premier League teams have been named, and we will be seeing them in this article.

Worthy of note, we know some certain things that can be considered in order to name a player as the best in his team, and this will include the number of goals he scored, the number of chances (assists) he created for his teammates, and several other things.

Thus, from the records in the Premier League since the beginning of this season, we will now be seeing the best rated players of each team.

See the names of all the players below alongside their respective teams:

See the picture below for the full list of all the players per team: 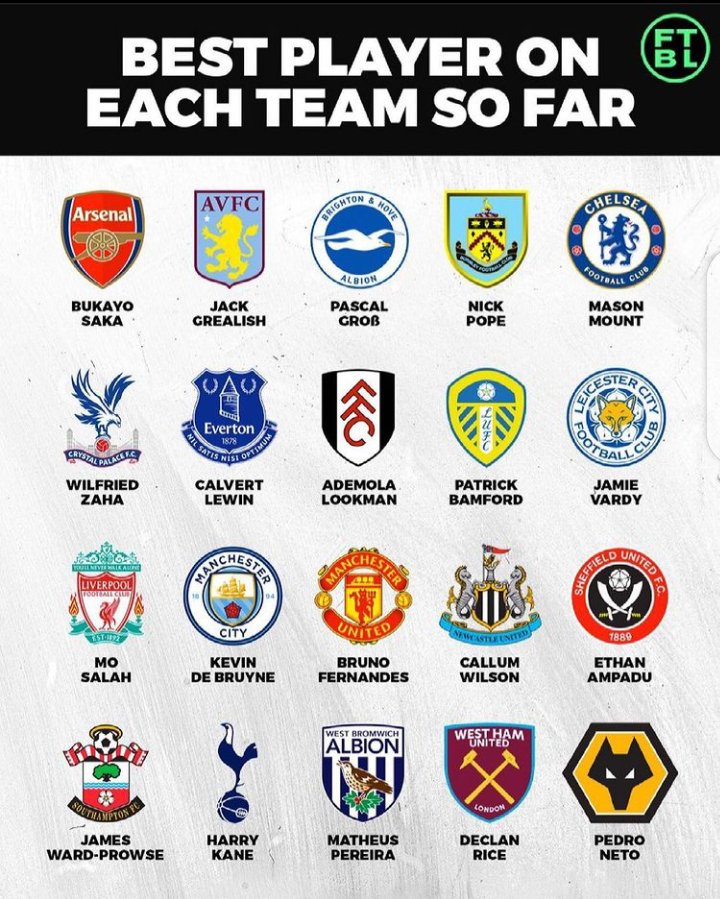 Which of these players do you think cannot be rated as the best in his team?

Which other player would you rather choose for these teams?