Only two players remain in the 2019-20 Premier League season, and in particular the four best competitions continue to provide a lot of drama and intrigue. Chelsea, Leicester City and Manchester United all returned to winning ways in gameweek 36 after slipping out last weekend, leaving only one point separating the three sides from third to fifth.

The Europa League football competition is still in the air, with Tottenham Hotspur taking full advantage of the defeat of Sheffield United and Arsenal by defeating champions Liverpool to keep themselves in the mix as well.

Finally, West Ham United lifted an invaluable victory over their players Watford, but barely secured survival, but Bournemouth lost again, and Aston Villa was denied a decisive victory at Everton by a late equalizer.

Here, Sport Mole chooses its Premier League team of the week for gameweek 36. For the second gameback we were forced into a rather unorthodox formation given the disproportionate number of impressive attacking performances, but this does not mean that there was no competition in the back. The goalkeeper is a good example of this when Manchester United's David de Gea receives the kind courtesy to keep a clean slate against Crystal Palace, almost for sending Emiliano Martinez from Arsenal to the gloves.

Cesar Azpilicueta's ability to play anywhere in defense comes in handy for this team, as we switch him from right-back to right-back, with the Spaniard helping Chelsea on a much-needed clean sheet against Norwich.

In addition, we made the most of Declan Rice's flexibility to bring him back into defense after the English international scored a match of the match against Watford, scoring a precise third goal for his country, while making more misses, interceptions. and winning the ball more often than any other West Ham player.

Brighton's Lewis Dunk of finished the back three, making more clearances, blocks and interceptions than anyone else in the park during the Southampton draw. Both Wilfred Ndidi and Tomasz Sucek could have sat in deeper roles in this XI, but we went for Ndidi a little behind the rest of the midfield to compensate for the more attacking broad players and give them more license to move on.

Ndidi won a huge 10 games in Leicester's victory over Sheffield United - more than twice as many as anyone else - as Sucek continued his last purple patch in front of the door, his impressive title being one of 15 aerial matches he won in this game - also more than double the amount that everyone else managed.

The defensive solidity that these two provide will give David Silva the freedom to pull the strings, as he did once again against Bournemouth, igniting an otherwise unspectacular performance by Man City with a stunning free kick and an assist for what turned out to be a winner.

In Manchester United builds an attack with numerous powerful weapons and it is Marcus Rashford who shines brightest against Palace on Thursday, comparing Silva's shot with a goal and an assist to stop the competition from Alan Saint Maximin for a place in this Team of the Week.

On the opposite flank, Mikhail Antonio scored five goals in two games this week with his decisive early knife against Watford, but as in the last XI, he was thrown to the right to make room for our front two after we won. Adama Traore and Junior Stanislas on site in the team. There was a lot of competition for these two striking roles, with Jamie Vardy and Olivier Giroud deserving specific mentions, but we went on for the North London duo of Alexander Lacazette and Harry Kane.

There is no doubt that Liverpool gifted Arsenal the game of the Emirates, but still needed Lacazette in clinical form to take advantage of rare mistakes in defense, as the Frenchman again made the most of the absence of Eddie Nketia with a goal and an assist. 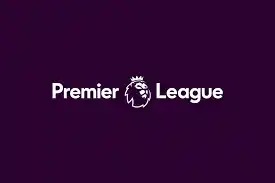 Meanwhile, Kane was the only player to score this gameback more than once in the Premier League, winning his game against Newcastle United not only keeping the "spurs" in the battle for European football, but also taking away more than 200 goals in his career. at the club level.