Arsenal football club lost out on a chance to compete for top four finish this season when they failed to win the derby encounter between them and Tottenham last Sunday, the result of that encounter saw them sit on the 9th position in the Premier League table. This position is disheartening for a number of reasons which includes an exit from European competitions. An English club as big as Arsenal should always be present in at least one European competition every season, and it is sad to see Arsenal miss out on the both for the first time in a long time. However, the situation may not exactly be the case as the club still has 2 opportunities to qualify for Europe next season, with one being a top six finish, and the other being a victory at the FA Cup finals.

In fact there a whole lot of complicated ways Arsenal could get Europa League qualification next season, and they are based on the idea that only a maximum of 4 teams from each top flight league can qualify for Uefa Champions League competition. The law extends to allow a maximum of 5 teams if the previous winner of the Champions League or Europa league fails to finish in the top four for the current season. For example last season, Chelsea won the Europa league but were able to finish in the top four and so they took their place to the competition via the top four route. Let us assume they finished 5th and won the Europa league, then they would qualify for the competition via the automatic title route, alongside with the top four teams. 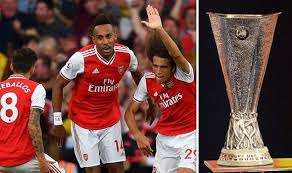 Another route to the Europa League is by winning the Carabao cup, and already this year's EFL cup winner is Manchester City who are already qualified for Uefa Champions League next season, after seeing their European ban overturned by the CAS last Monday. This leaves their spot to the Europa League open for any team that would finish in 6th place (this was how Manchester United derived qualification for the Europa league last season and now it could favour Arsenal too). This route is open again for any team to use next season, as Manchester City won the ticket but would not be using it as they would be playing in the Champions League. 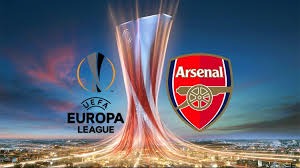 Another possible way to qualify for Europa League competition next season would be the ticket from winning the FA Cup. There is a little mix up in this side of the qualification as there are now 4 teams left to tussle for the silverware, Arsenal, United, Chelsea and City. If City wins this trophy, then they automatically book a spot to the Europa League competition, but given that they are already qualified for Champions League, the spot would be given to the team that finishes 7th on the league, recall the EFL cup ticket has already gone to the 6th placed team.

If Arsenal were to win the FA Cup, after victory over City tomorrow and thereafter victory over the winner between United and Chelsea, then they automatically qualify for the Europa league competition. But if they lose then they must strive to finish 6th or at least 7th, which is not impossible given they only have 2 matches left and against relegating sides Aston Villa and Watford (2 easy wins on paper). If either Chelsea or Manchester United wins the FA Cup but do not get top four finish, then they automatically qualify for the Europa League but considering the fact that they are all still very active in this year's European competitions, if they go ahead to lift the Champions League (Chelsea, which is very unlikely) or the Europa League title (Manchester United, very possible) they would also automatically qualify for the Champions League and see their FA Cup Europa league ticket given to the 7th placed team in their league.

So it is somehow a win-win for everybody this season because of the high intensity of the English football clubs and all these opportunities gives Arsenal hopes of qualifying for Europe next season. Mikel Arteta failed to make a statement concerning the topic when he was asked after his win against Liverpool, he was asked which route he thought would be most likely for them to qualify for the Europa league but the Spanish tactician claimed ignorance, saying they would give their best in the remaining matches they have to play for and see where they finish. 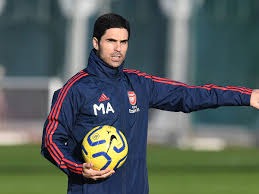 The head coach is definitely cooking something up his sleeves and with their game against Manchester City tomorrow, the entanglement of emotions flowing through him would be immeasurable as he looks to defeat his former boss after failing to do so in his first trial. Let's keep our fingers crossed and see what happens.

Do you think Arsenal would qualify for the Europa league next season, if yes what is your predicted route FA Cup win or 7th placed finish?