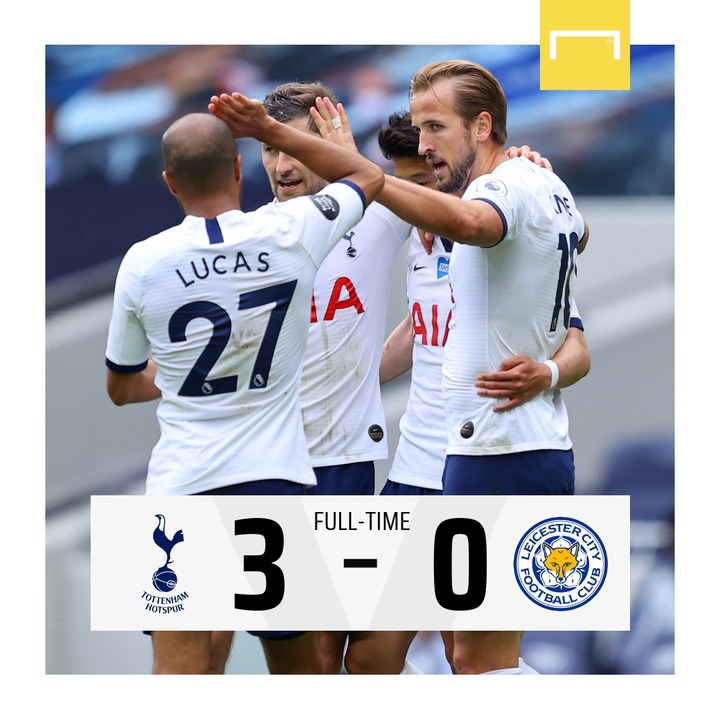 Manchester United fans are in esctacy following the results coming from the game between Tottenham Hotspurs and Leicester City. Tottenham Hotspurs thrashed the Brenda Rogers' team 3 - 0 at the new London stadium this Sunday and the implications is that Manchester United will have opportunity of getting into the champions league spot. The defeat will see Leicester City remain on 62 points, same as Manchester United who still have two game in hand, including the final game of the season against the Foxes. 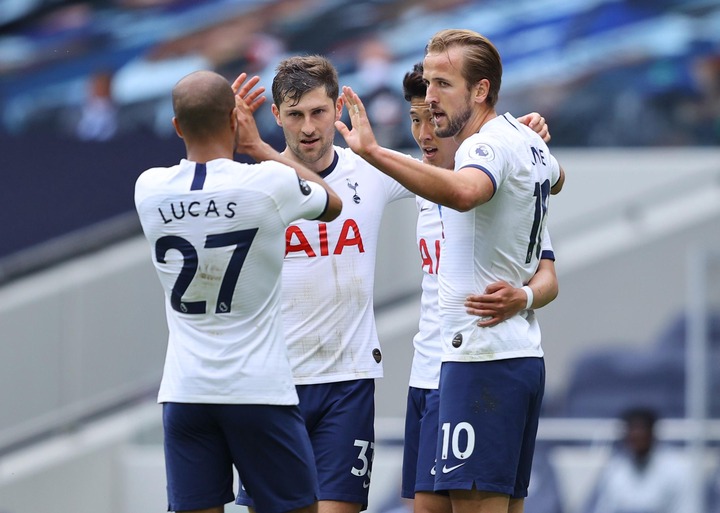 Harry scored twice to make it 13 goals in 18 matches under the reign of Jose Mourinho and that has also proved that the striker has been in great form under the Portuguese. The result also boosted the chances of Tottenham playing in the Europa league next season as they moved to 6th position on the log. Manchester United and Leicester are now tied on the 62 points each, with the same goal difference, but the Ole Gunnar Solskjaer's could move into the top four if they win their next game.

Amazing stats from the game

1. Tottenham had just 29.5% possession against Leicester, their lowest share in a Premier League game since September 2012 versus Man Utd (26%) and their lowest tally in a home game in the competition since we have such data (2003-04).

2. 4 - Tottenham have won four consecutive Premier League games at the Tottenham Hotspur Stadium for the first time – it’s their longest winning run at home since December 2018 (4). 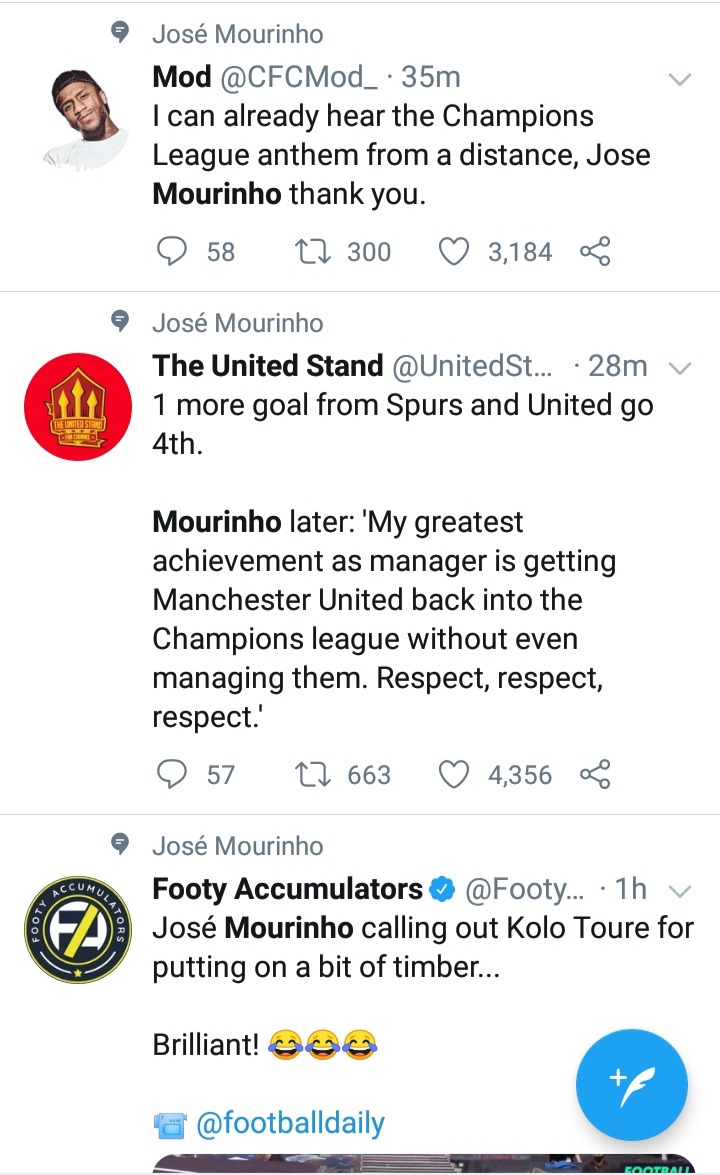 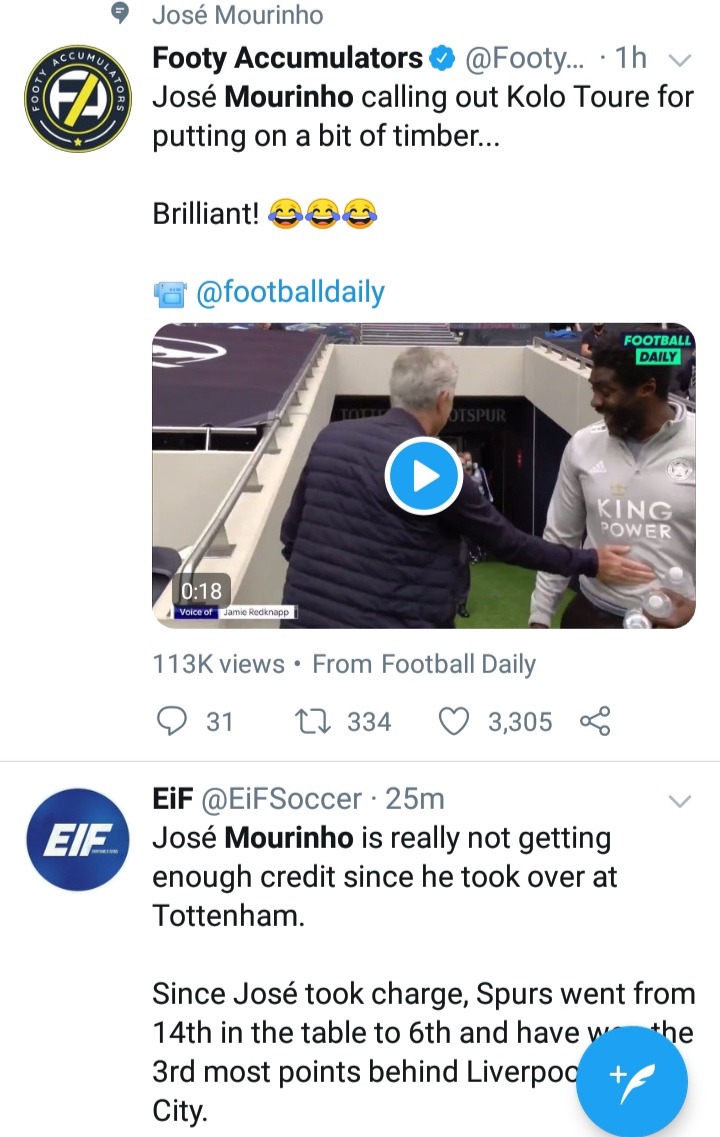 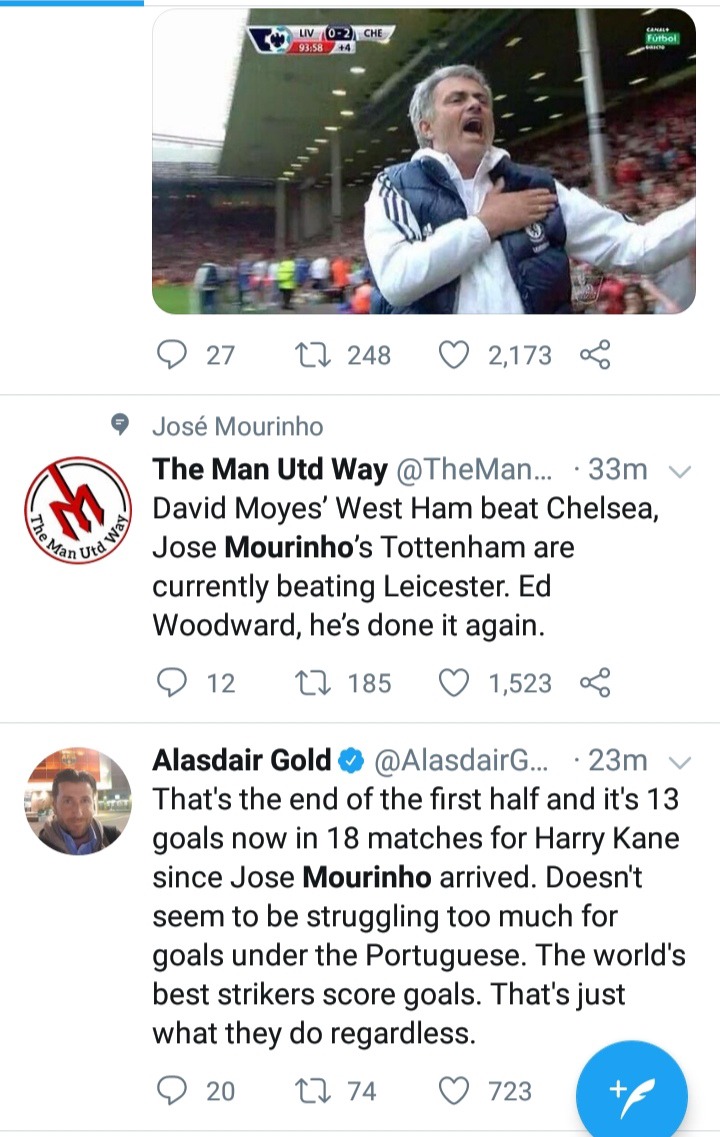 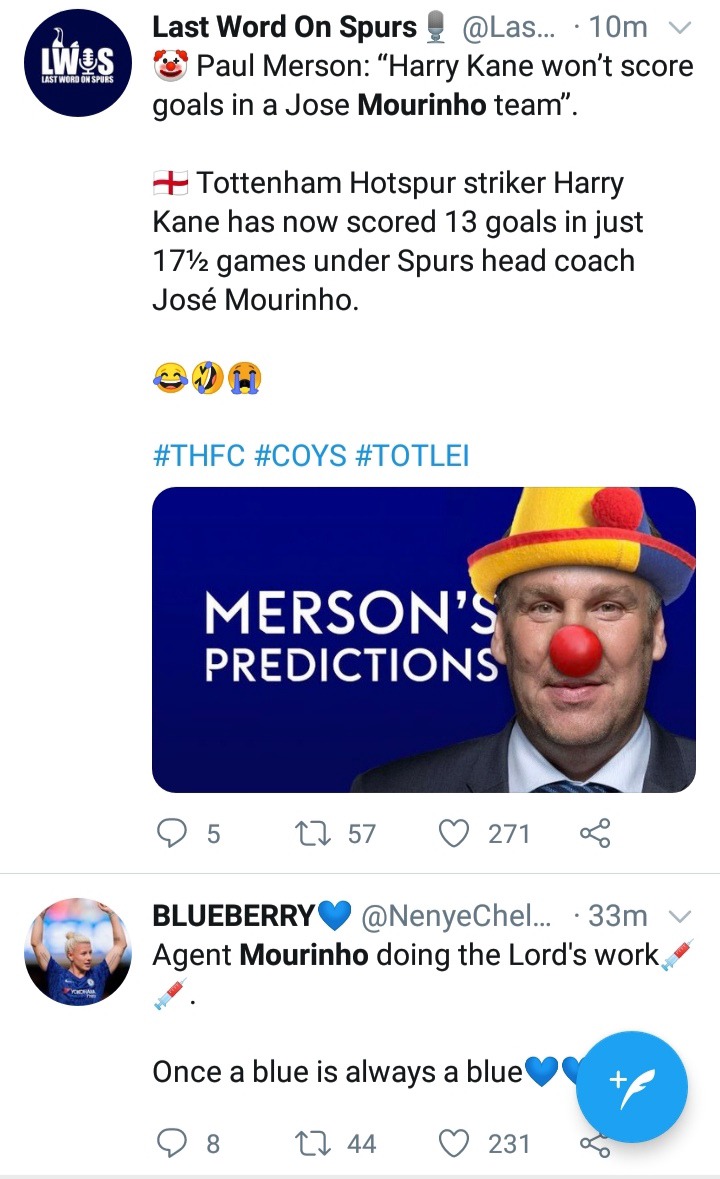 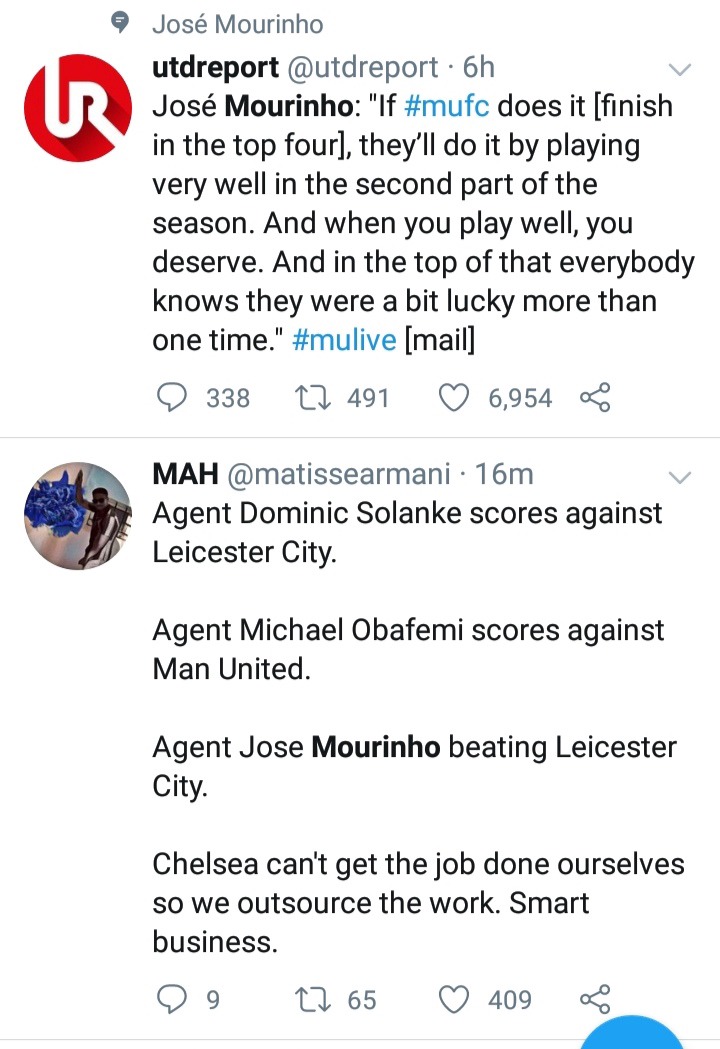